Athenians grit out win over Sparkplugs 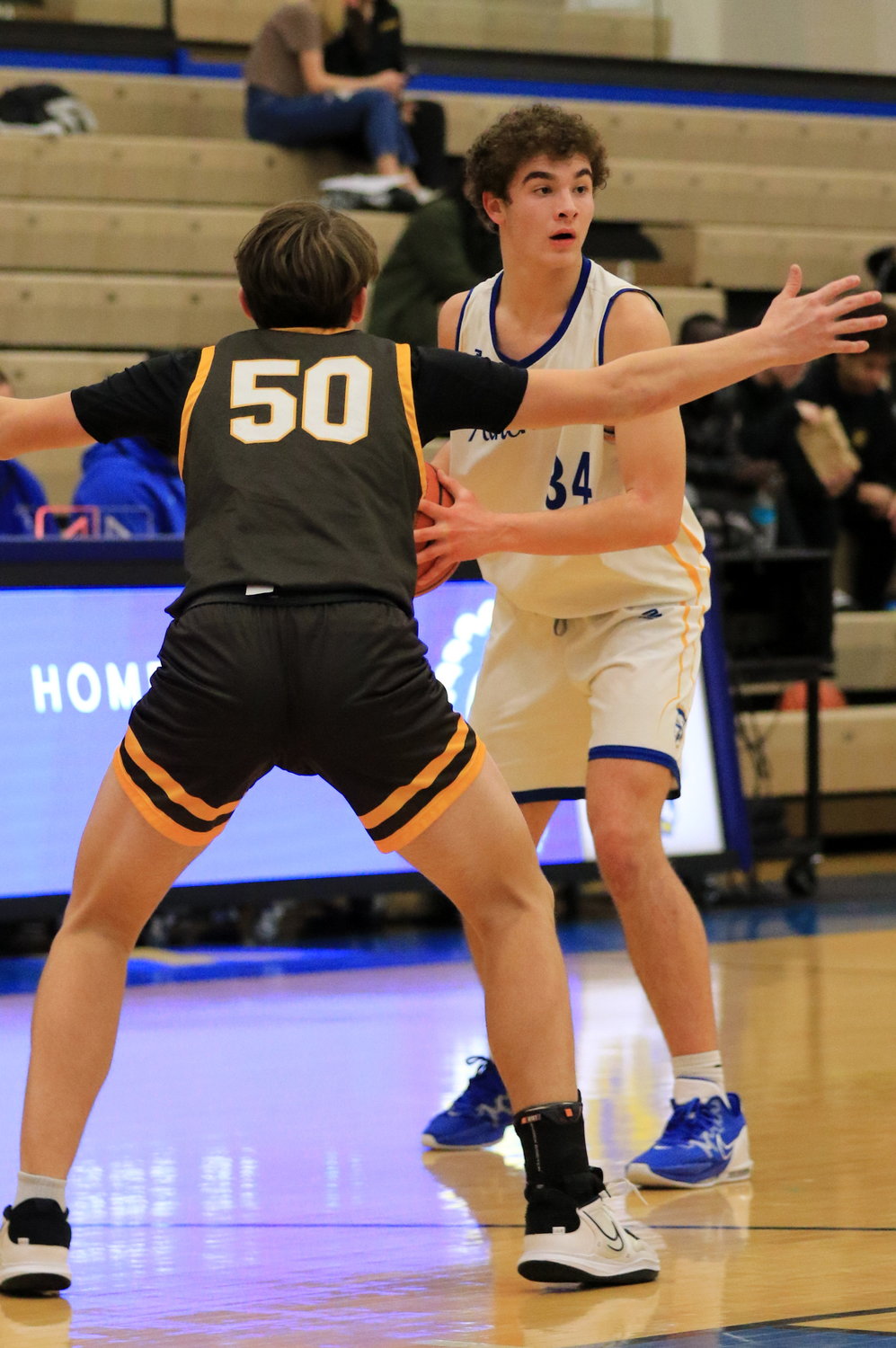 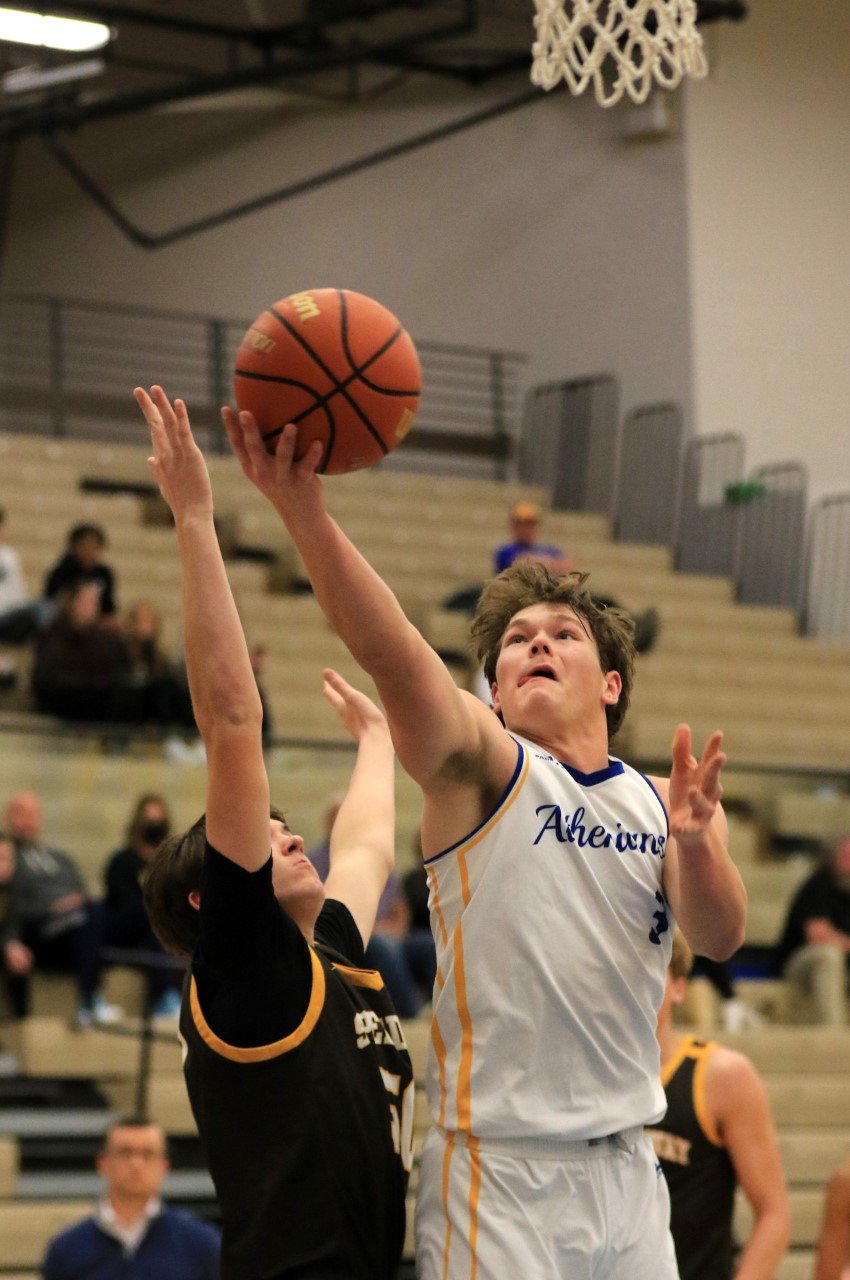 Crawfordsville boys basketball wrapped up the 2022 portion of the schedule on Tuesday evening as the Athenians welcome the Speedway Sparkplugs to CHS. The young Athenians battled the Sparkplugs for what was an entertaining back and forth game which saw CHS come out on top 57-49.

Trailing 29-20 at halftime, the visiting Sparkplugs came out of the third quarter and cut the CHS lead to just two at 35-33 heading into the final eight minutes of action. With both offenses seemingly trading buckets for the first four minutes, Speedway finally took a 48-47 lead with under three minutes to go. After that it was all Crawfordsville down the stretch as they outscored the visitors 10-1 to snag their fourth win of the season.

“Sometimes you just have to grit one out and tonight was one of those nights,” Crawfordsville coach David Pierce said. “We felt like we were getting the shots we wanted in that third quarter, they just weren’t falling. I felt like the reason we stayed in the game was because of how well we defended. It really just seemed to bother them at times and when you only give up 49 points that’s pretty good.”

For the game the Athenians were led in scoring by Sophomore Alec Saidian who scored 18 points and hauled in 11 rebounds. Ethan McLemore scored 14 and Drake Burris added 12 as CHS had three players in double figures. Cale Coursey rounded out the scoring with seven. CHS shot 21-47 (45%) from the field and grabbed 27 rebounds.

Pierce as he always does made sure to credit each of his guys for how they all contributed to the win.

“I was really proud of Ethan tonight especially for going 5-6 from the line,” Pierce said. “He’s been struggling from there as of late and has really been working on it in practice. Alec Saidian had a phenomenal first half (16 points). Cale who is still not 100% (ankle injury) will now have some time to get some rest and get back to being healthy. Drake had an off night at Seeger and bounced back well tonight and then Tyson was asked to guard their best player and did a great job on him.”

Nate Matelic led all scorers in the game for Speedway who falls to 1-6 with the loss. Kody Fenters scored 13 while Landon Short added 11. Camden Bennett rounded out the scoring for the Sparkplugs with five. The visitors shot 20-46 (43%) from the field and 9-14 (64%) from the free throw line. They grabbed 25 rebounds in the loss and the telling story of the game was their in-ability to generate any outside shots as they were just 0-3 from the three-point line.

The win for the Athenians gets them back to .500 on the season as they improve to 4-4. Pierce noted the importance of ending this portion of their schedule on a positive note as CHS will now look to bring this momentum with them into 2023.

“It’s huge and gives us all the confidence in the world to end this part of our year with a win,” he said. “This is going to motivate us to keep this going and play even better. We’re going to come in Monday and get ready for the Sugar Creek Classic. We’re going to be shooting a ton because it’s all about repetition.”

The 2023 Sugar Creek Classic will be the next time Crawfordsville takes the court. As always the Athenians host the four-team tournament which includes county rivals North Montgomery and Southmont along with Western Boone. CHS comes in as the defending champions after taking down the Mounties a season ago. This year though, Pierce sees the tournament as one that anyone of the four teams can win.

“It’s completely up for grabs this year,” Pierce said. “South and WeBo went down to the wire last week as did ours. It should be a very entertaining tournament.”

Crawfordsville will take on North Montgomery in the opening round on Jan. 6 with Southmont taking on Western Boone. The Stars and Mounties take the floor first at 6 pm with the Chargers and Athenians to follow.