Athenians pull away from Chargers 48-34, set up title game with Mounties 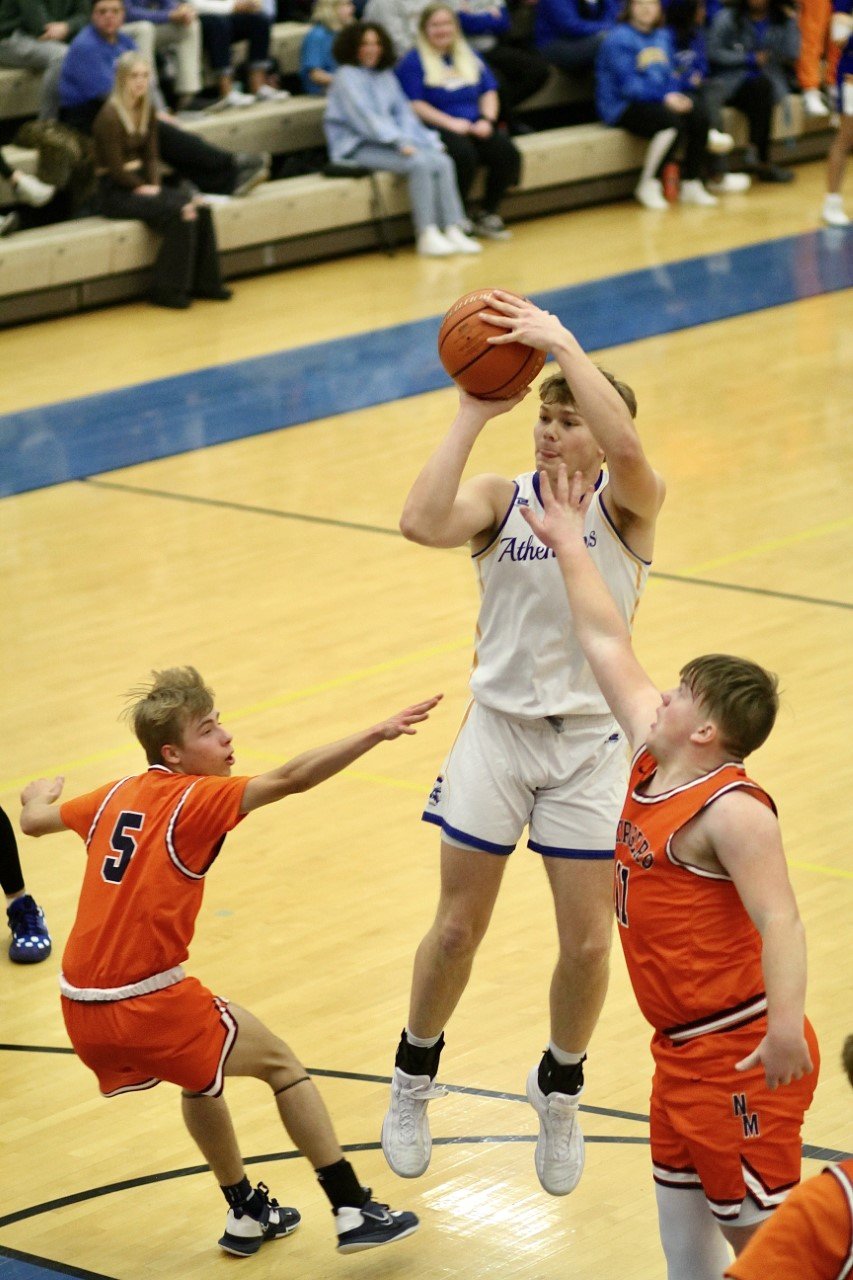 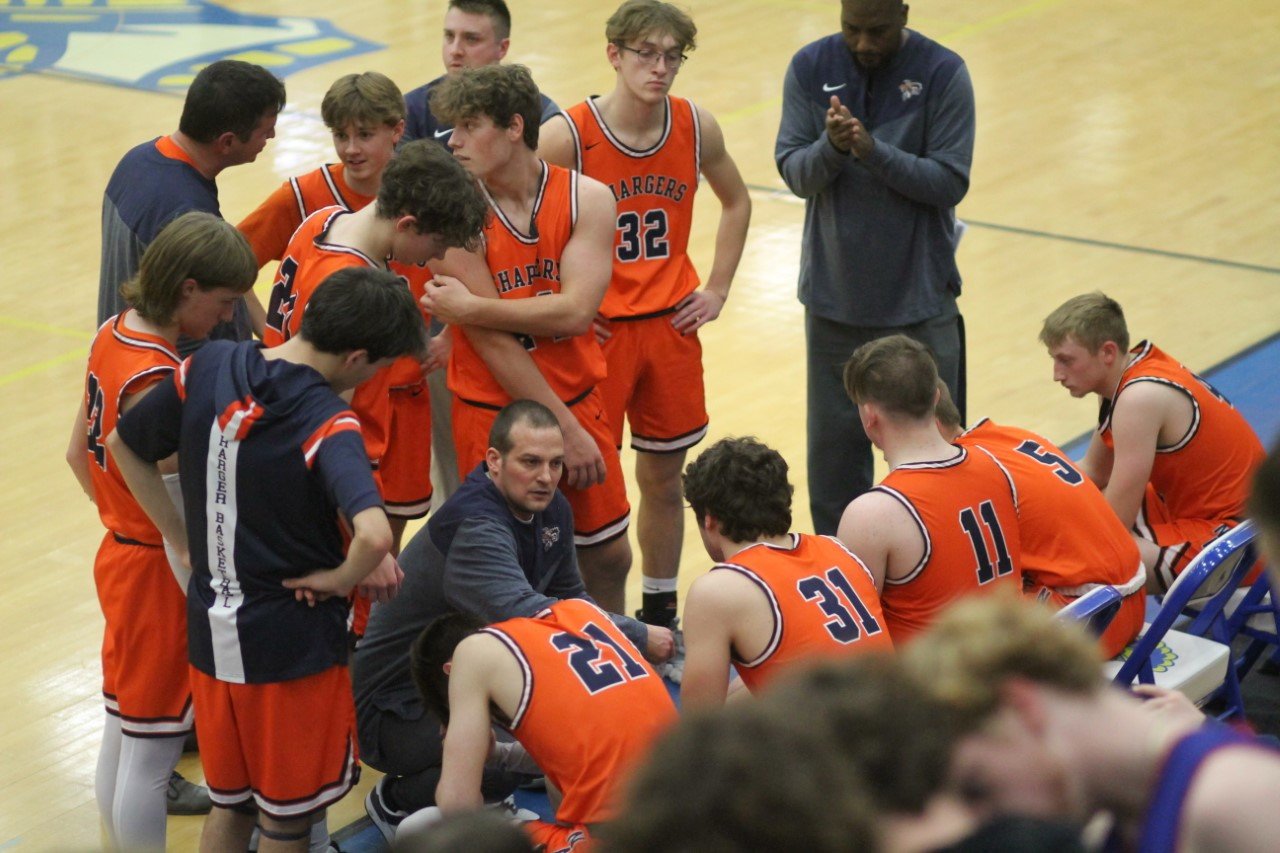 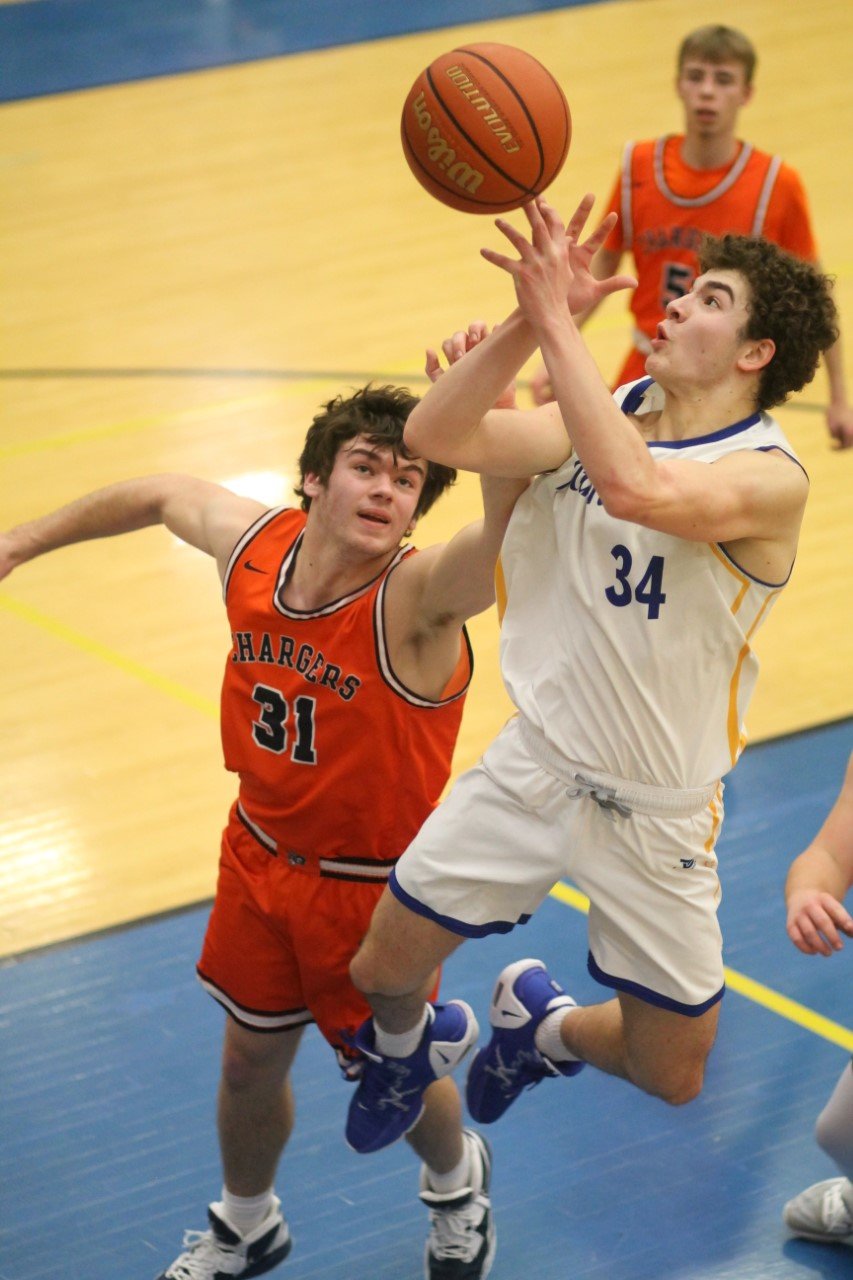 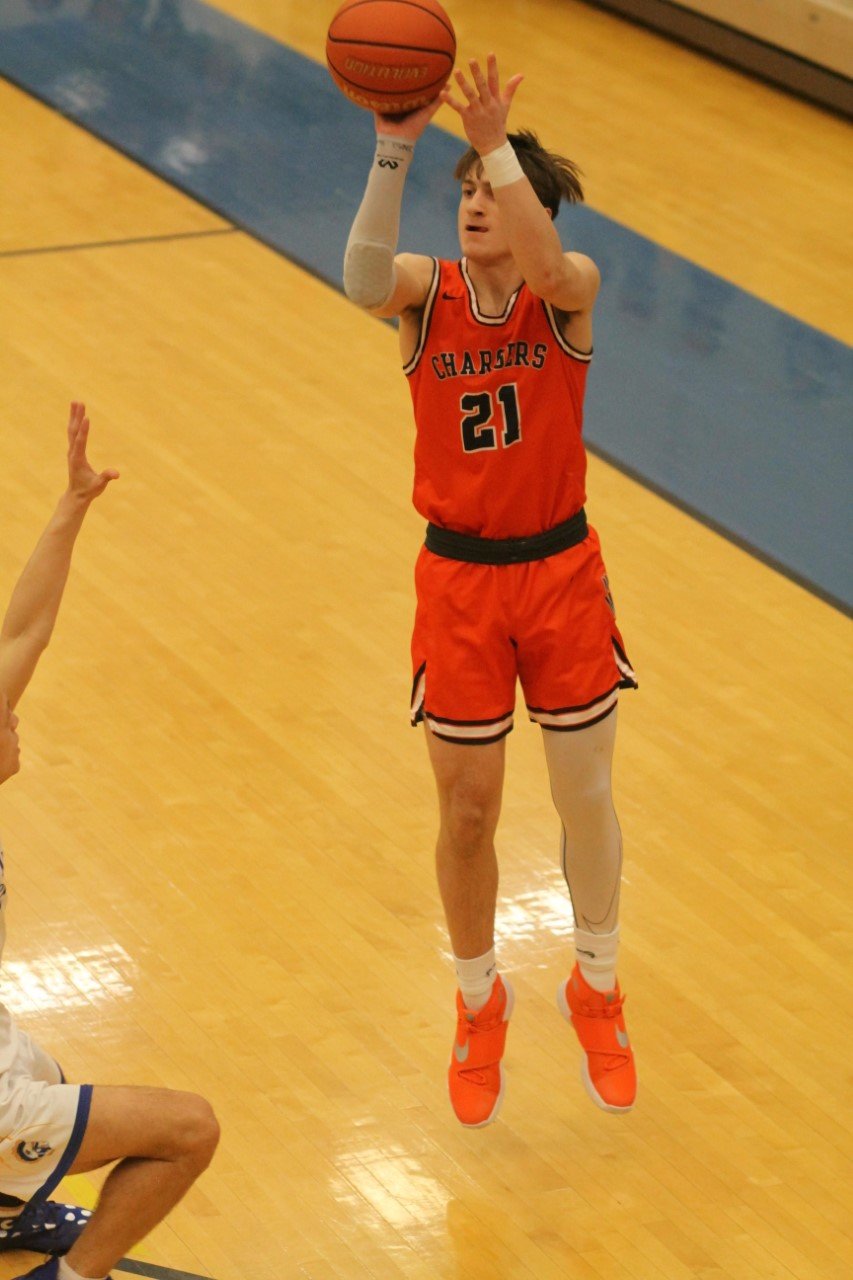 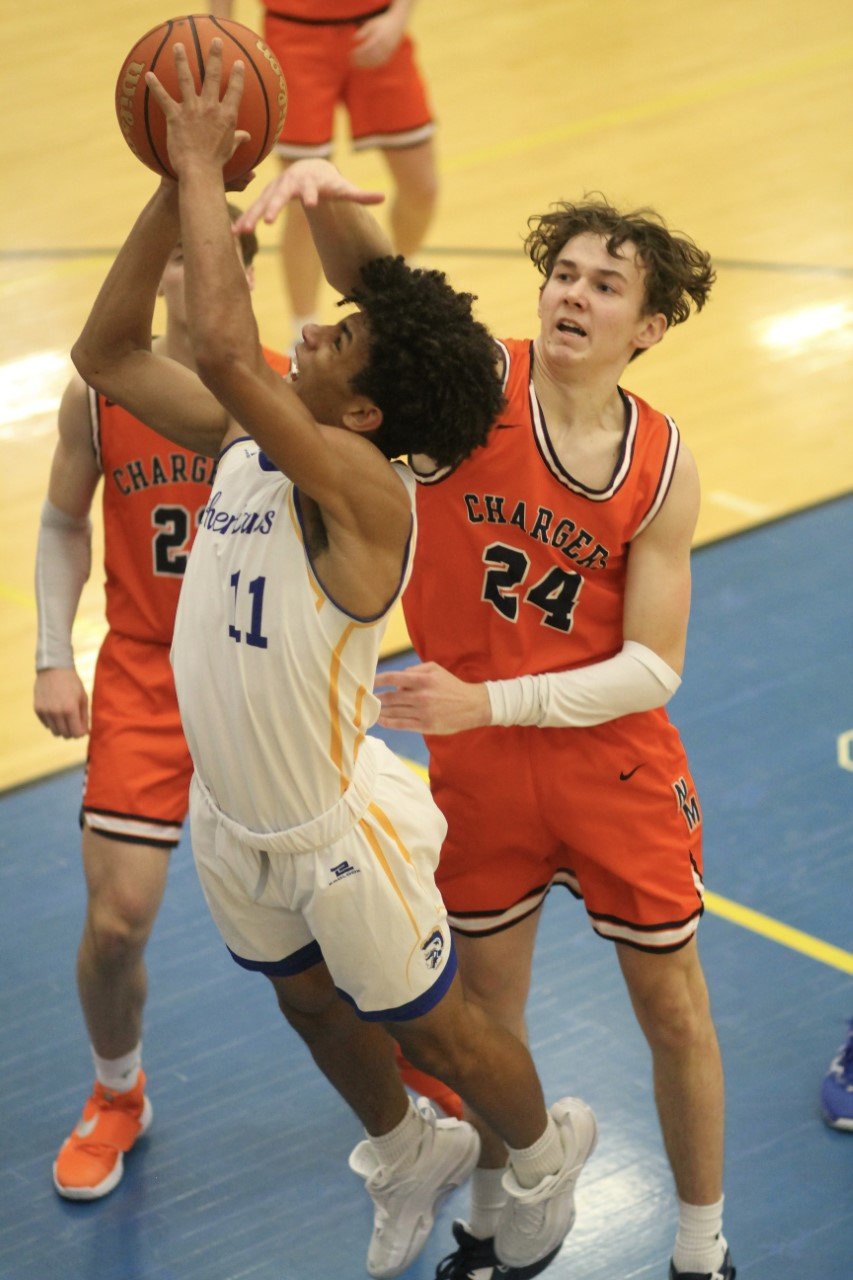 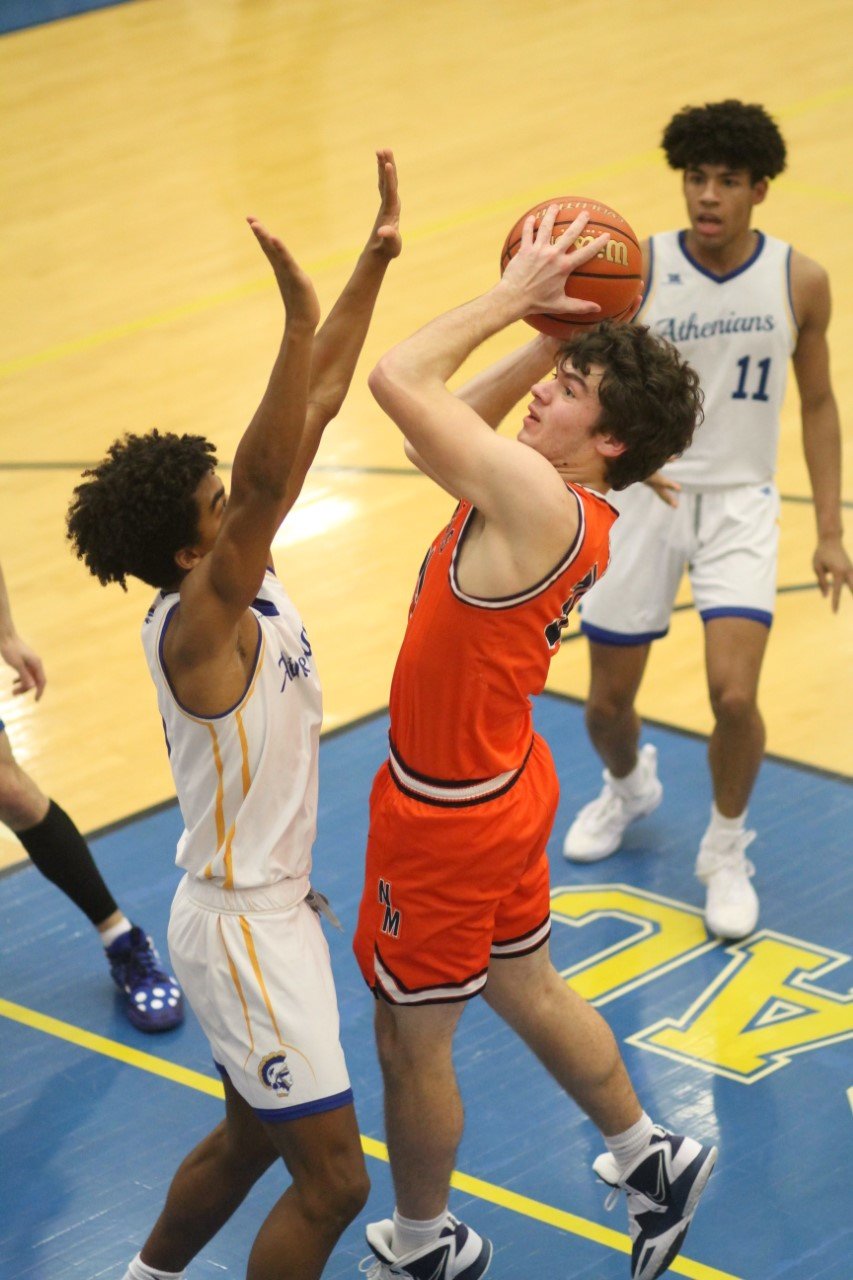 Crawfordsville boys basketball is back in a familiar place. Friday night the Athenians hosted the 16th annual Boys Sugar Creek Classic Tournament and for the second time in nearly three weeks took on county rival North Montgomery. Early on the Chargers jumped out to a 14-6 advantage early in the second quarter. But Cville responded right back and made multiple runs throughout the remainder of the game as they pulled away from their county rival for a 48-34 win.

The victory was in large part due to the third quarter as Crawfordsville outscored the Chargers 14-2 to take a commanding 40-19 lead.

“We took a timeout when we were down in that second quarter and I just told our guys to relax,” Crawfordsville coach David Pierce said. “We changed some things up and started to speed them up and the quicker that we play the better we play. Our defense was terrific giving up just 10 points over two quarters. It took a lot of effort to do that and we took them out of what they wanted to do.”

Cale Coursey led the way for the Athenians as the lone senior for CHS scored a game-high 16 points. Sophomore big man Alec Saidian added 14 while Tyson Fuller scored seven. The trio of Drake Burris, Ethan McLemore and Mason McCarty each scored three and Blake Pruett rounded out the scoring with two. Pierce as he typically does took time to credit each of his players for their performance.

“Tyson was in charge of guarding Kelby (Harwood) and did a fantastic job on him holding him to just 10,” Pierce said of Fuller. “Offensively Cale and Alec led us. Cale played like a man tonight and how a senior should. He’s still not quite 100% but he’s back to competing and took some real tough hits, but he’s a tough kid and he kept playing.”

“We played hard all night and that’s what I’m most proud of,” Arnold said. “We did some good things and got some good looks for most of the game, we just have to knock those shots down when we get the chance including layups that we missed. We turned it over a little too much and gave up some offensive rebounds which they scored off of. That killed us. We started to throw the ball inside and work down low and we have to do more of that moving forward. We played a lot of kids tonight and every single one of them gave it their all.”

A moment that was a little bigger than the final result and score came in the games final seconds. Infantes-Macebo is new to Crawfordsville, new to Indiana, and even new to the United States. He moved here in the Fall and was a part of the Charger football team and now is a member of the basketball team as well. With the clock ticking away Infantes-Macebo, who had not scored yet this season, fired a shot from three and banked it in as the North Montgomery crowd went into a frenzy. Arnold took a second to mention that shot.

“Marc is a great kid and really fun to be around,” he said. “Our kids love him and we really like having him on our team. That moment was cool to see for sure.”

With the loss the Chargers fall to 4-7 on the season. They now will take on Western Boone in Saturday’s consolation game beginning at 6 pm back at Crawfordsville.

“WeBo is going to be another challenge for us,” Arnold said of the Stars. “They couldn’t quite get it done against South, but were right there the entire game. They’re want to get a win just like us. We know they’re going to be ready for us and we’ll have to be ready for them.”

The win for Crawfordsville improves their record to 5-4 on the season and just like last year, the Athenians will square off with county rival Southmont with the Sugar Creek Classic championship on the line. Cville defeated the Mounties a season ago for the title and will look to make it two straight on Saturday night.

“South is 7-2 and they’re a really good team,” Pierce said of the Mounties. “They have so many ways they can beat you so we’re going to have to scheme a little bit. We’ve been preparing for this possibility as coaches. Our guys I know will be up for it and anything can happen tomorrow night.”