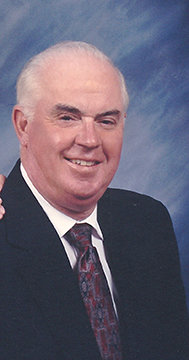 Byron was born Nov. 19, 1931 in Tipton County and moved to Boone County at the age of six.  There he resided working the family farm. He attended Dover School through 12th grade and participated in basketball and baseball, graduating in 1949. Byron studied an agriculture program at Purdue University and continued farming and raising pure breed Black Angus cattle his entire life.  He married Willett Anne Boze in April 1952; she preceded him in death in 2011.

Byron was a loving husband, father, grandfather and great-grandfather.  He will be dearly missed by all the family.  He was recognized as a leader in Boone County but also had distinguished himself as a true steward to this great agricultural land of Boone County.

Funeral Services will be at 1:00 pm. on Monday, July 11, at Myers Mortuary, 1502 N. Lebanon St., Lebanon, IN. Visitation will be held from 11:00 a.m. until the time of service at the funeral home in Lebanon. Interment will follow at Oak Hill Cemetery in Lebanon, Indiana.

Memorials may be given to the charity of the donor’s choice. Online condolences: myersmortuary.com.

I am writing to thank Crawfordsville​​-area residents for sharing the true meaning of Christmas with children in need this past holiday season. Generosity throughout contributed to a …