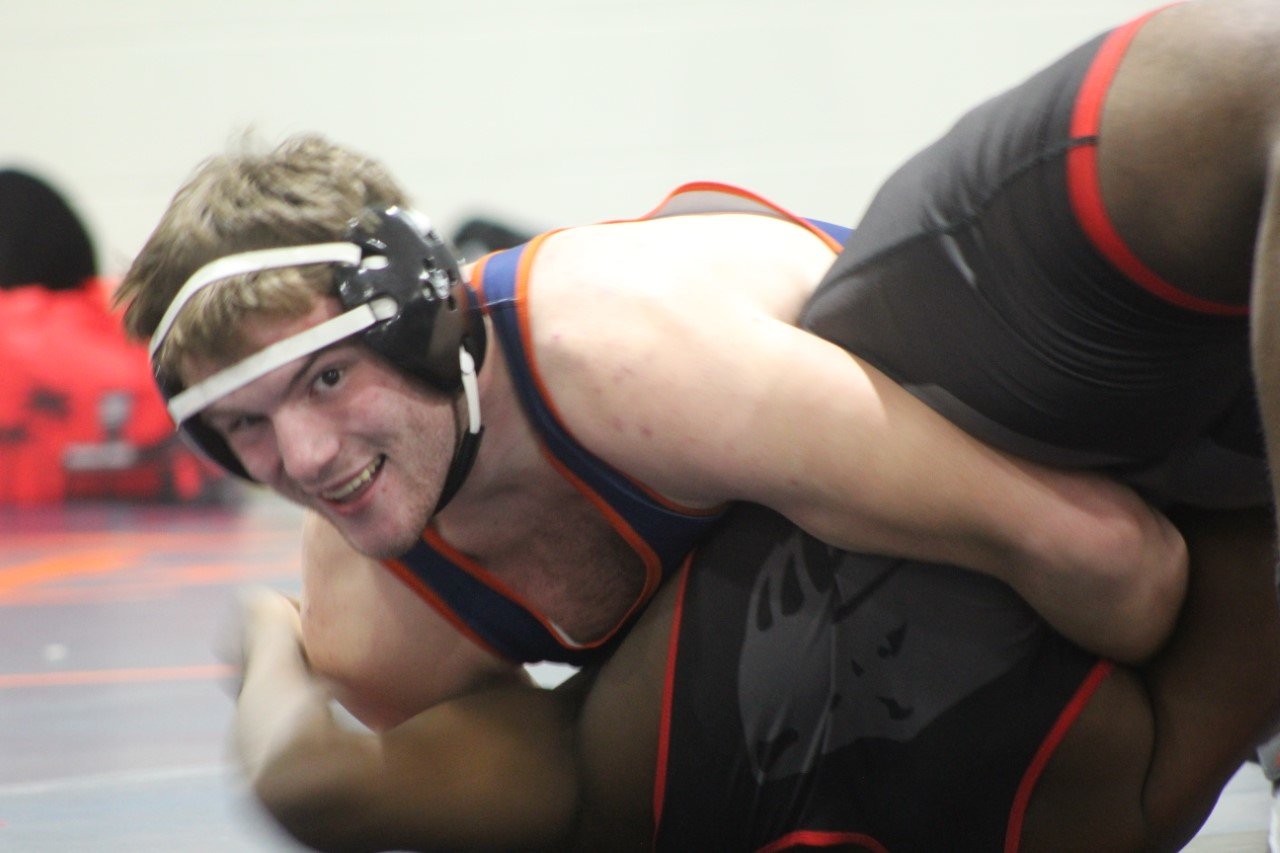 North Montgomery’s Todd Laffoon was all smiles as he pinned his opponent during the annual Holiday Duals for the Chargers on Thursday.
Codey Emerson/Journal Review 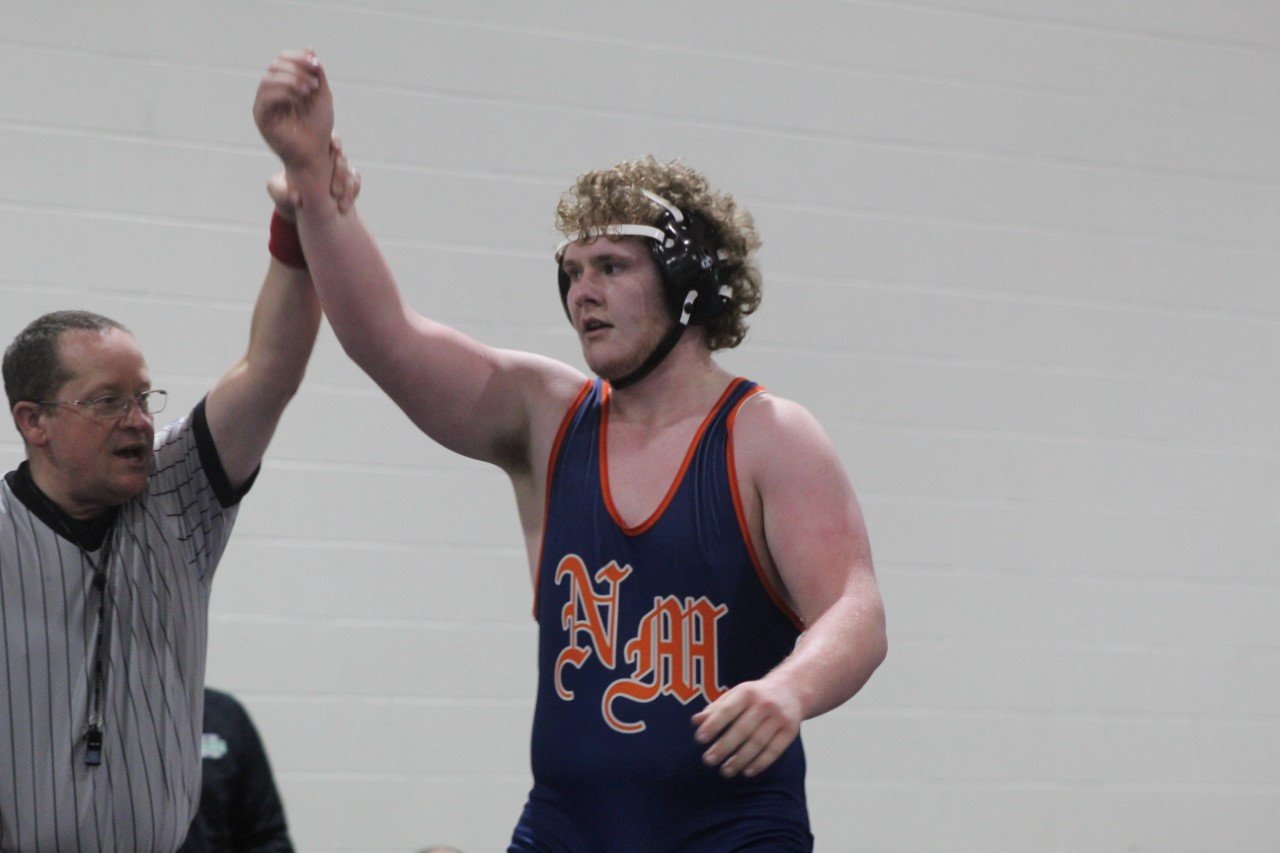 Dylan Braun went a perfect 5-0 on the day for Chargers.
Codey Emerson/Journal Review 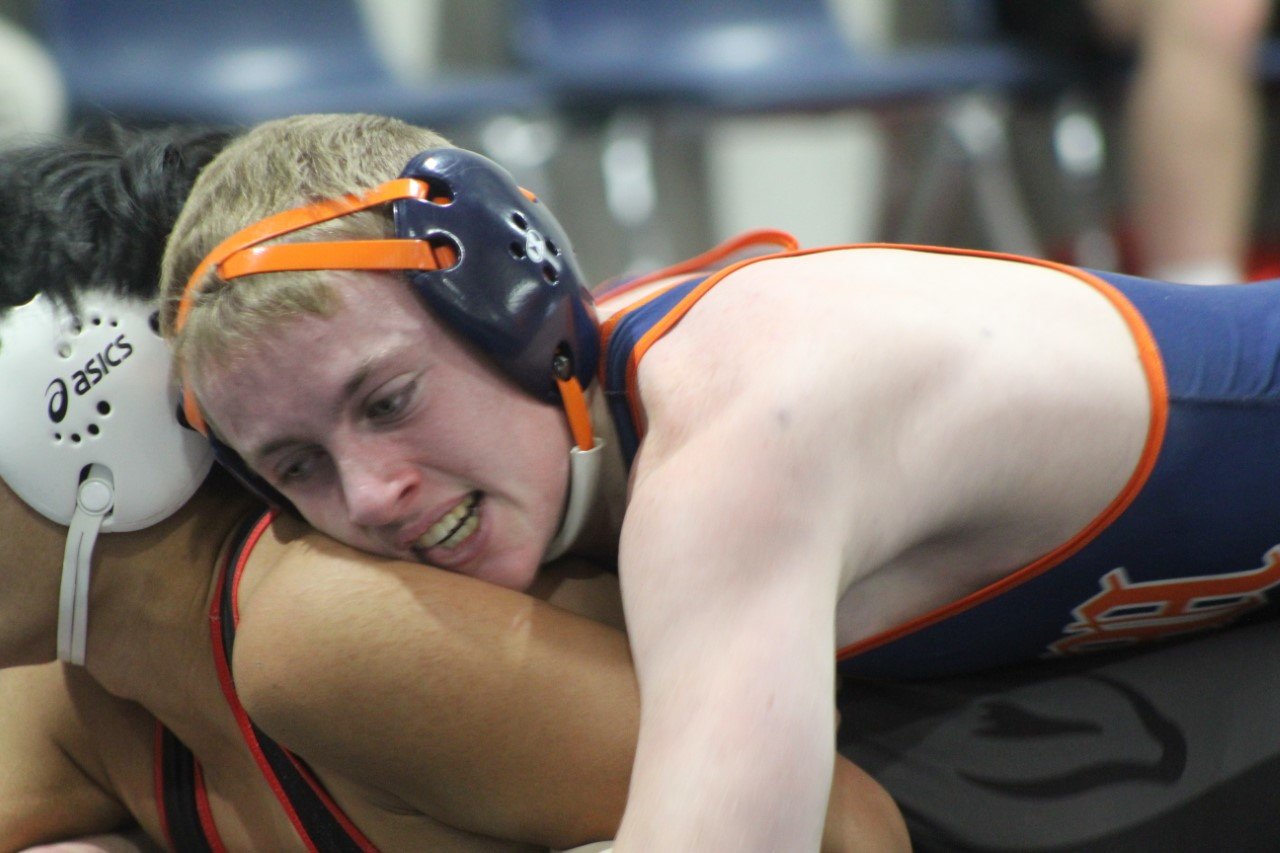 Jayden Thompson wrestled the day at 152 for the Chargers and picked up three wins on the day.
Codey Emerson/Journal Review 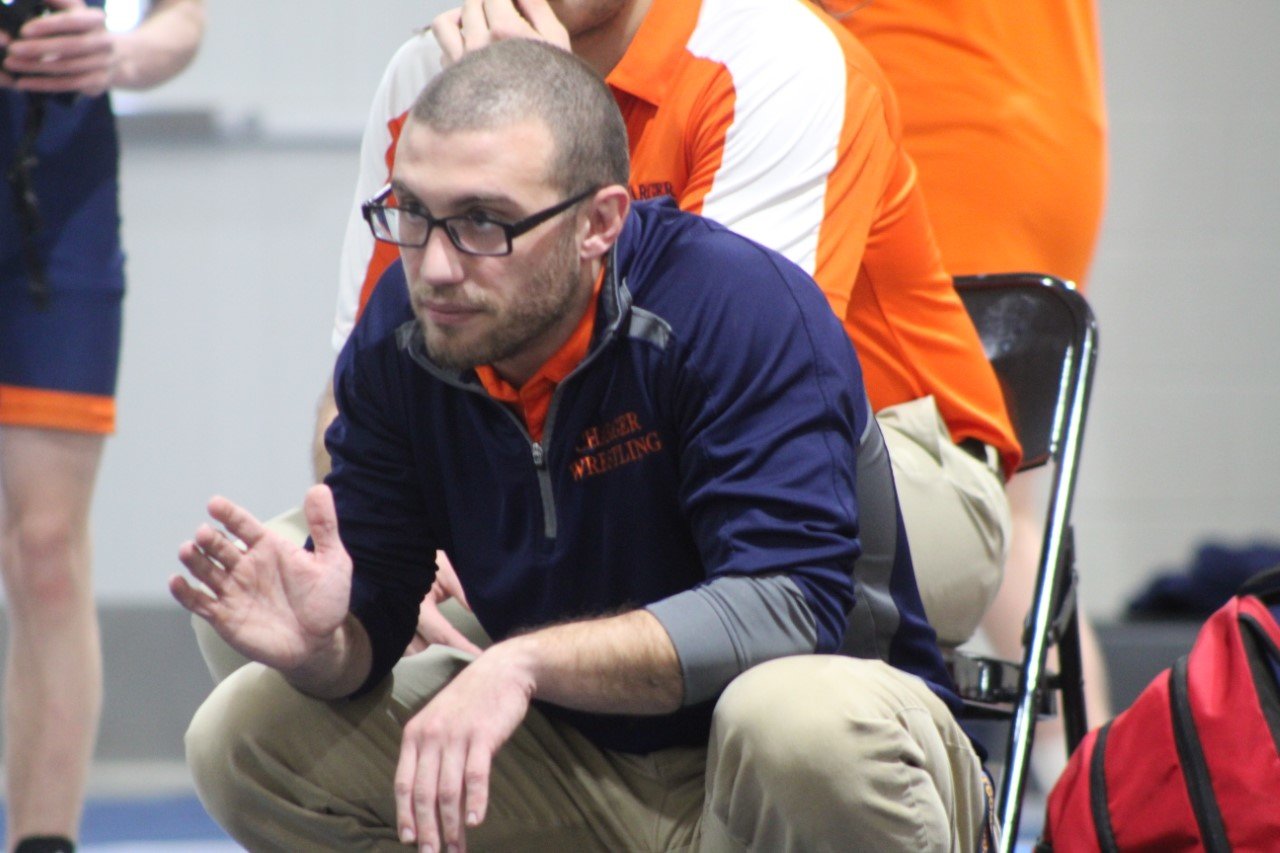 LINDEN — It’s an annual tradition at the end of December at North Montgomery. The Chargers hosted their Holiday Wrestling Duals Thursday as they welcomed 15 other schools to North Montgomery. Thursday featured a dual style meet and the Chargers went 2-3 on the day as they opened up the day falling to eventual champion Rochester 70-12. In the second match of the day against Noblesville, the Millers bested the Chargers 60-22 and in their final pool match of the morning North picked up their first win of the day defeating Lapel 60-18.

In the consolation matches, the Chargers picked up their second win of the day defeating West Vigo. The two teams tied at 42-42 but due to forfeit criteria the Chargers were awarded the win. Against North Central in their final match of the day, the Chargers fell 40-30 as they ended up placing 10th.

“Rochester is a very tough team and their ranked No.1 in 1A for a reason and for us to wrestle a team like that is good experience for us,” first year Charger coach Lincoln Kyle said. “Neither of us are really big schools and it shows that you can wrestle at a small school at a very high level. It’s super important for us to see that competition with tournament time on the horizon. Overall against everyone in our five matches I thought we wrestled ok today.”

While on the mat Kyle would have liked to have his team perform a little better, he noted what it means to host a tournament of this magnitude and made sure everyone involved got the credit they deserve.

“I have a great support staff here and I’ve said that since day one,” Kyle said. “Everyone from the Webster’s to Matt Merica, to Coach (Josh) Thompson, they’re all a huge help and we couldn’t do this tournament without them. Our kids and coaching staff do a great job of setting this thing up and we have a great group of people who are willing to work together to make this happen. There’s lots of other great Holiday tournaments out there and it’s great that we have so many high quality teams that want to come here.”

The two-day tournament will conclude tomorrow with another full day of action as on Friday it will shift to an individual bracket style format. Along with Braun, other Chargers have a good shot of placing on the podium. It will be the first individual tournament of the season for the Chargers as Kyle notes how this will prepare his team even further for the final stretch of the season.

“We don’t want to quite forget about what happened today but also we also have to prepare to come back tomorrow,” he said. “Tomorrow will give us good experience as we head into the conference and sectional.”

The action for the final day of the tournament will get underway at 9 am back at North Montgomery.