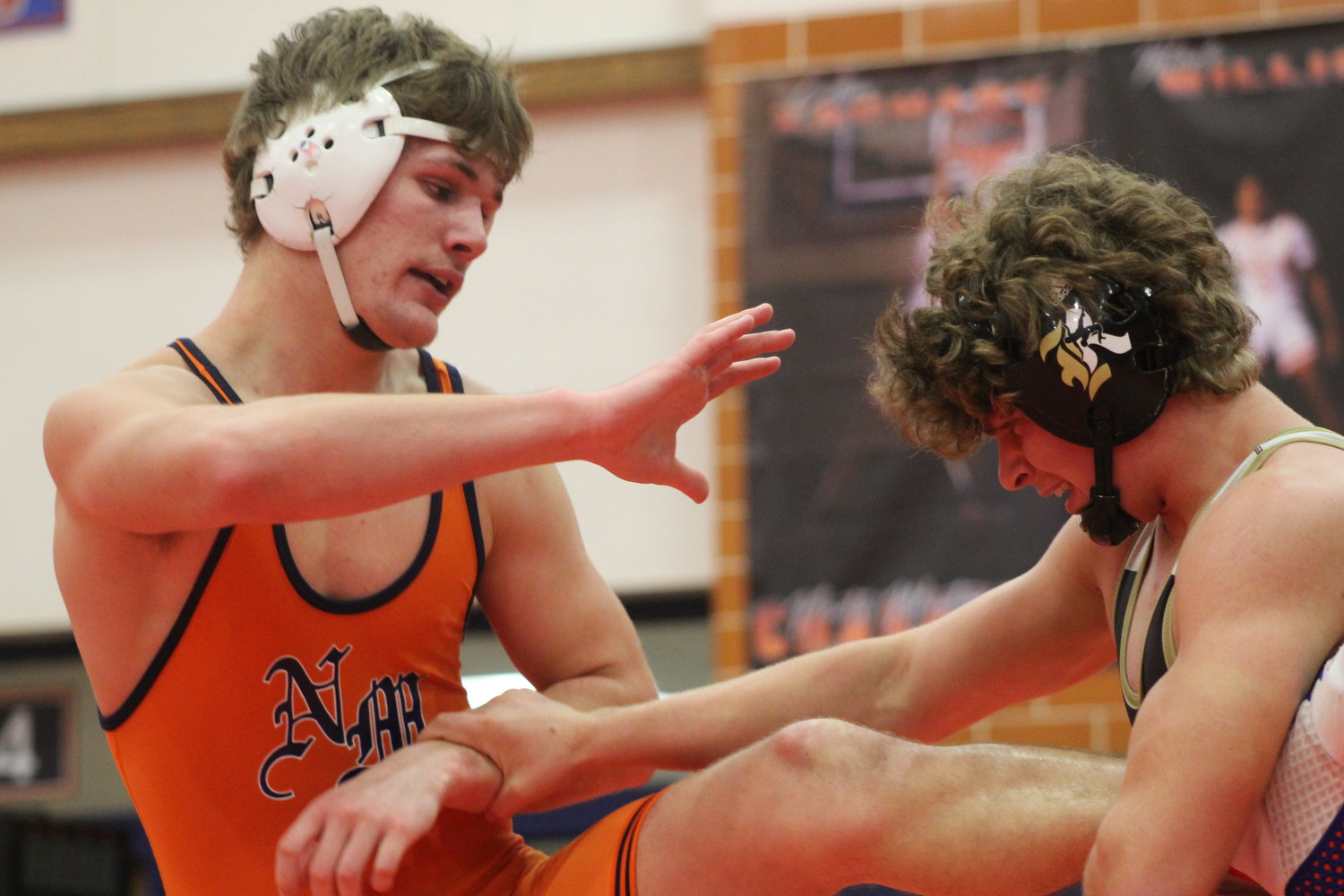 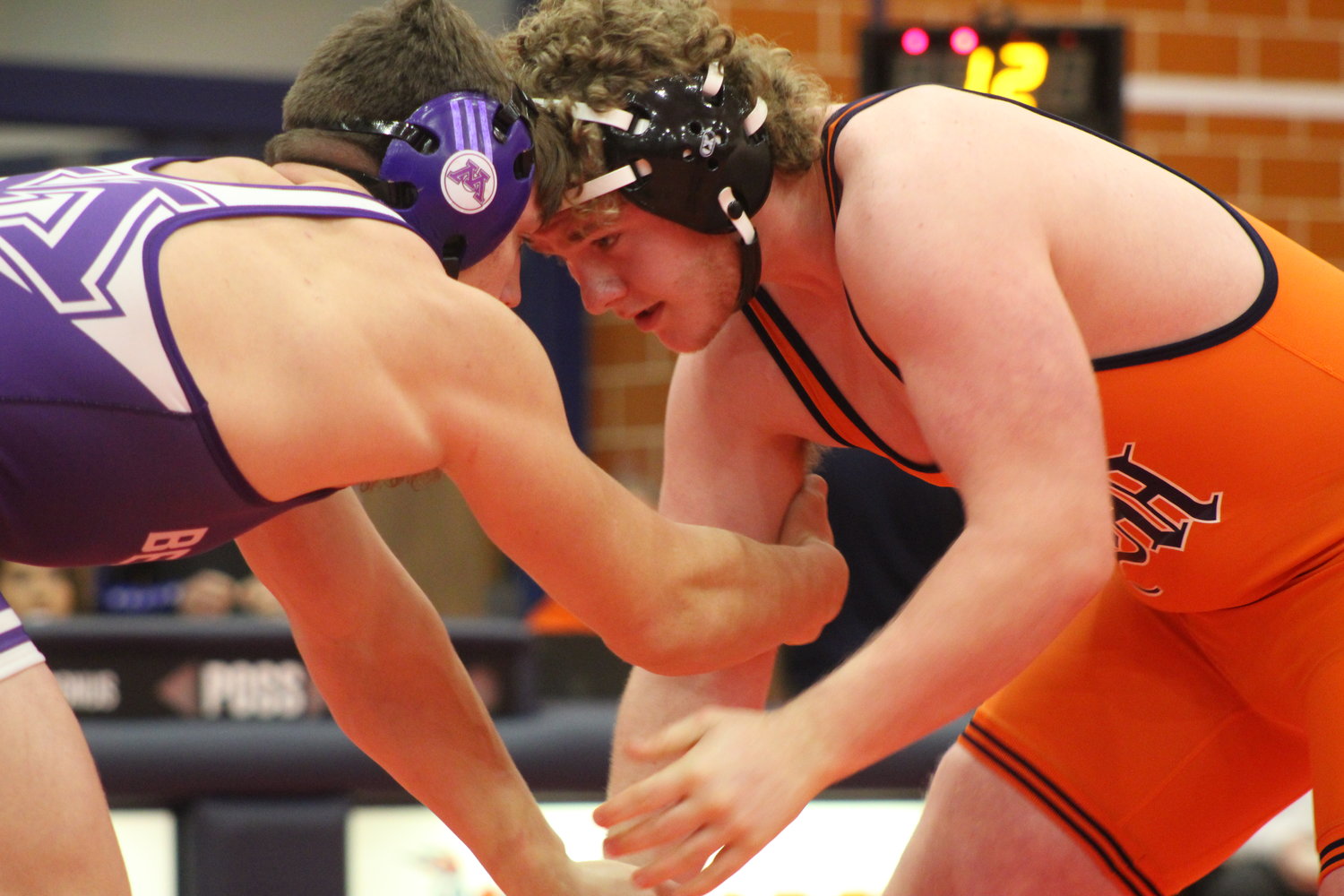 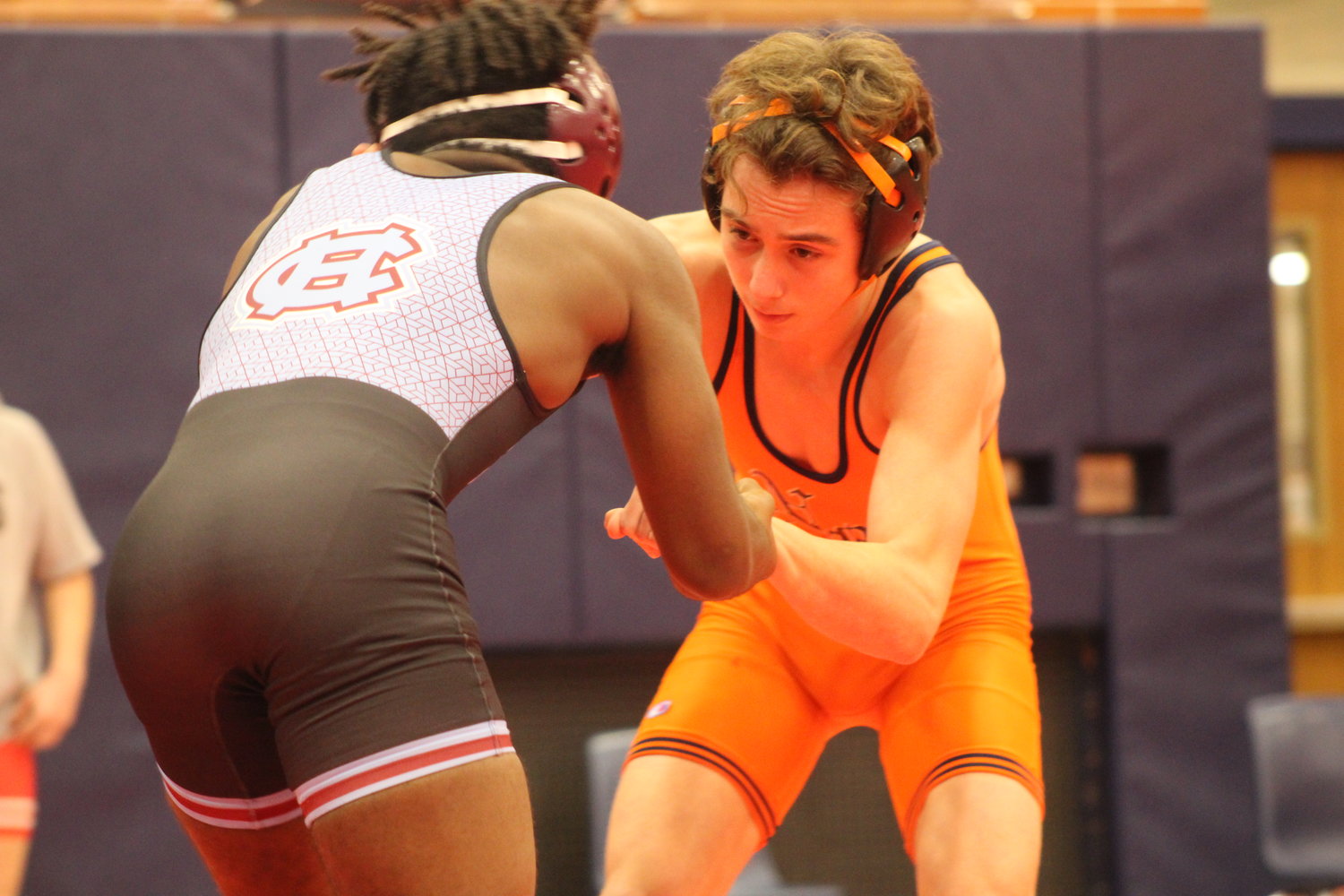 Nolan Yarger wrapped up a impressive 2-day performance for the Chargers by placing 4th at 132.
Codey Emerson/Journal Review 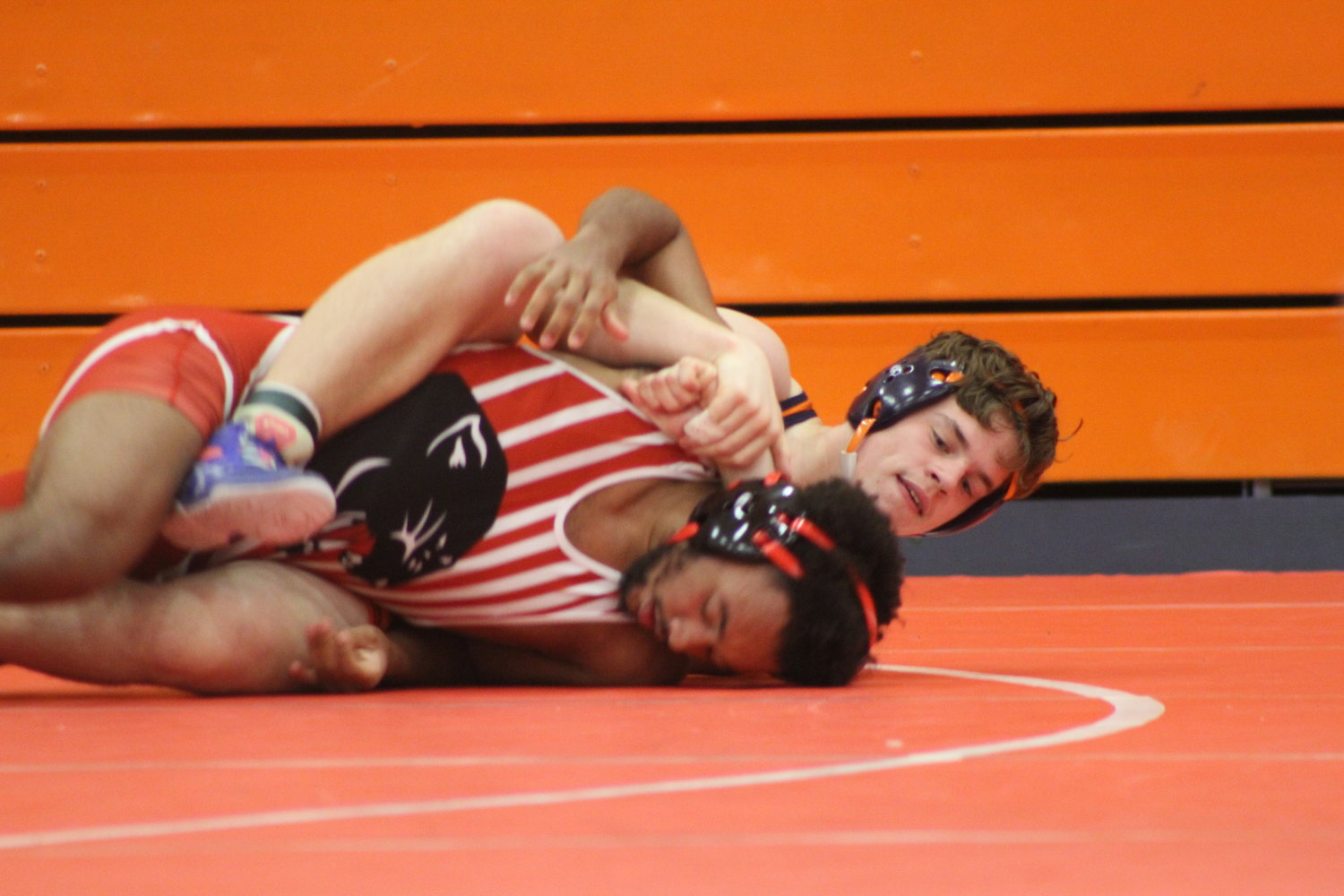 LINDEN -— Day two of the North Montgomery Holiday Duals featured a different style of wrestling than the dual meets that took place on Thursday. Friday all 16 teams were back competing in the individual brackets. When all was said and done the Chargers had four wrestlers place on the podium. Gage Galloway finished as the runner-up at 160 pounds while Dylan Braun took fourth at 285. Nolan Yarger also added a fourth place finish at 132 pounds and Israel Rose took home sixth at 182.

“Nolan did a really good job even yesterday for us and came back and had another great day today,” Charger coach Lincoln Kyle said. “He made some adjustments from yesterday and got better as they day went on. Gage, just like Nolan had an excellent day. He got a little banged up in his semi-final match but he still gave it his all in the finals and I’m really proud of him. You can see Israel growing as a wrestler out there on the mat. There’s no lack of fight with him and he wrestlers extremely hard every time he’s out there. Dylan rounded us out and I thought he wrestled great competition especially against the Muncie Central kid. Unfortunately the West Vigo match, he wasn’t able to get him like he did yesterday.”

The individual bracket style was the first individual tournament that the Chargers had wrestled in so far this season. Kyle noted how this experience will only help prepare his team for down the road later this month when the conference and sectional both roll around.

“One thing we can take away from today and grow in is the fact that we can’t let one match bring us down and get ready for the next one. We’re still able to place even if we don’t win and that will be a big emphasis that we’re going to focus on moving forward. It’s all about having a short term memory in these kind of individual tournaments.”

As the 2022 Holiday Duals came to a conclusion, Kyle also gave his thoughts on the tournament overall and the chance that he and his team got to be apart of it.

“This is my first time of being apart of this and experiencing this type of tournament and I thought it was fantastic,” he said. “The way we have it set up is great and the teams that we got to wrestle against all provided great competition. I do have to brag again on everyone who helped out making this possible like Matt Merica, Jodi Webster, Coach Thompson, our parents for helping out and even our kids for their work that they put in. It takes a village to put on something like this every year and I’ve got a lot of support from those people.”

The Chargers will be back in action on Tuesday when they host Covington. Friday it will be the Lady Chargers that are in the spotlight as they compete in the Regional at Warren Central.