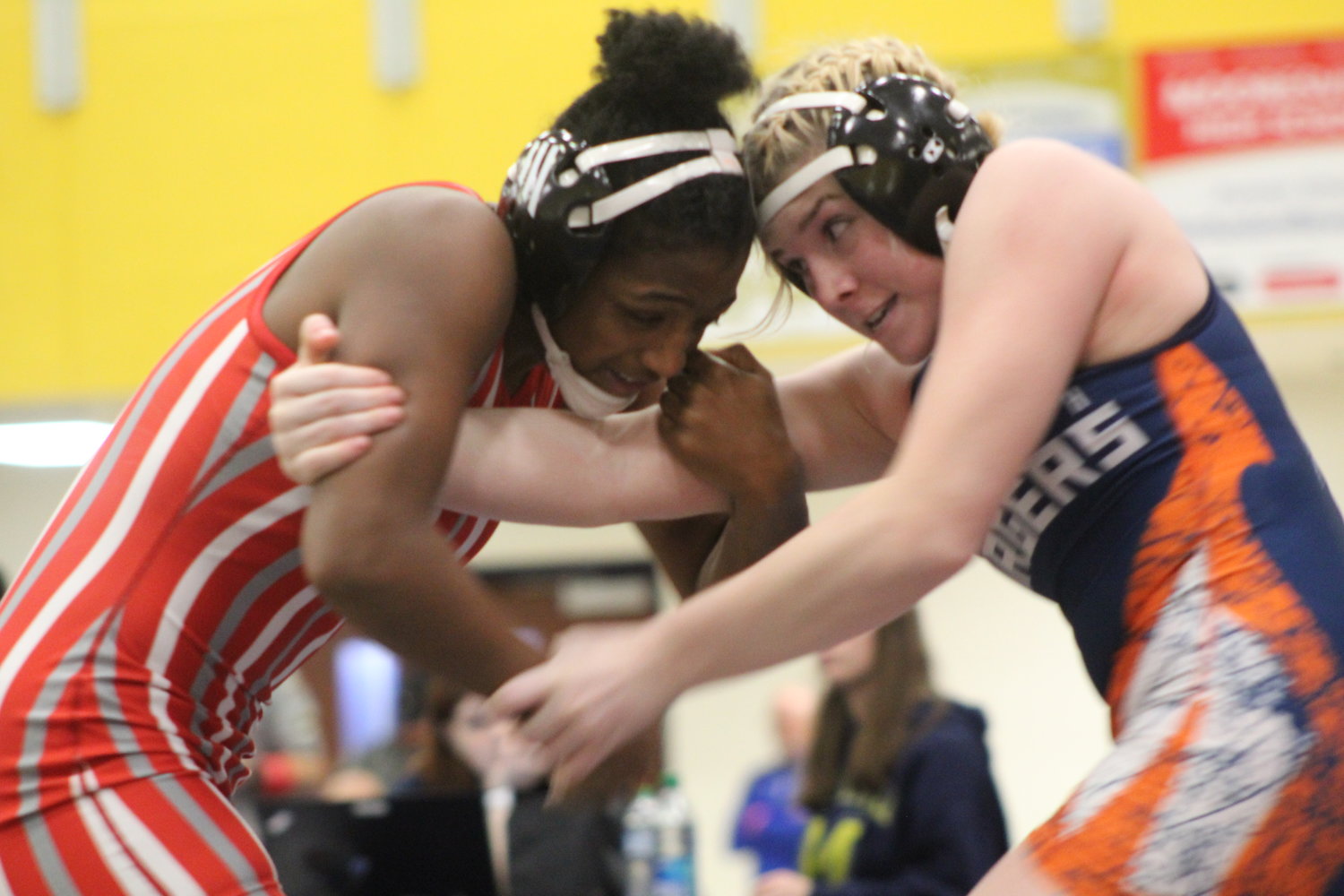 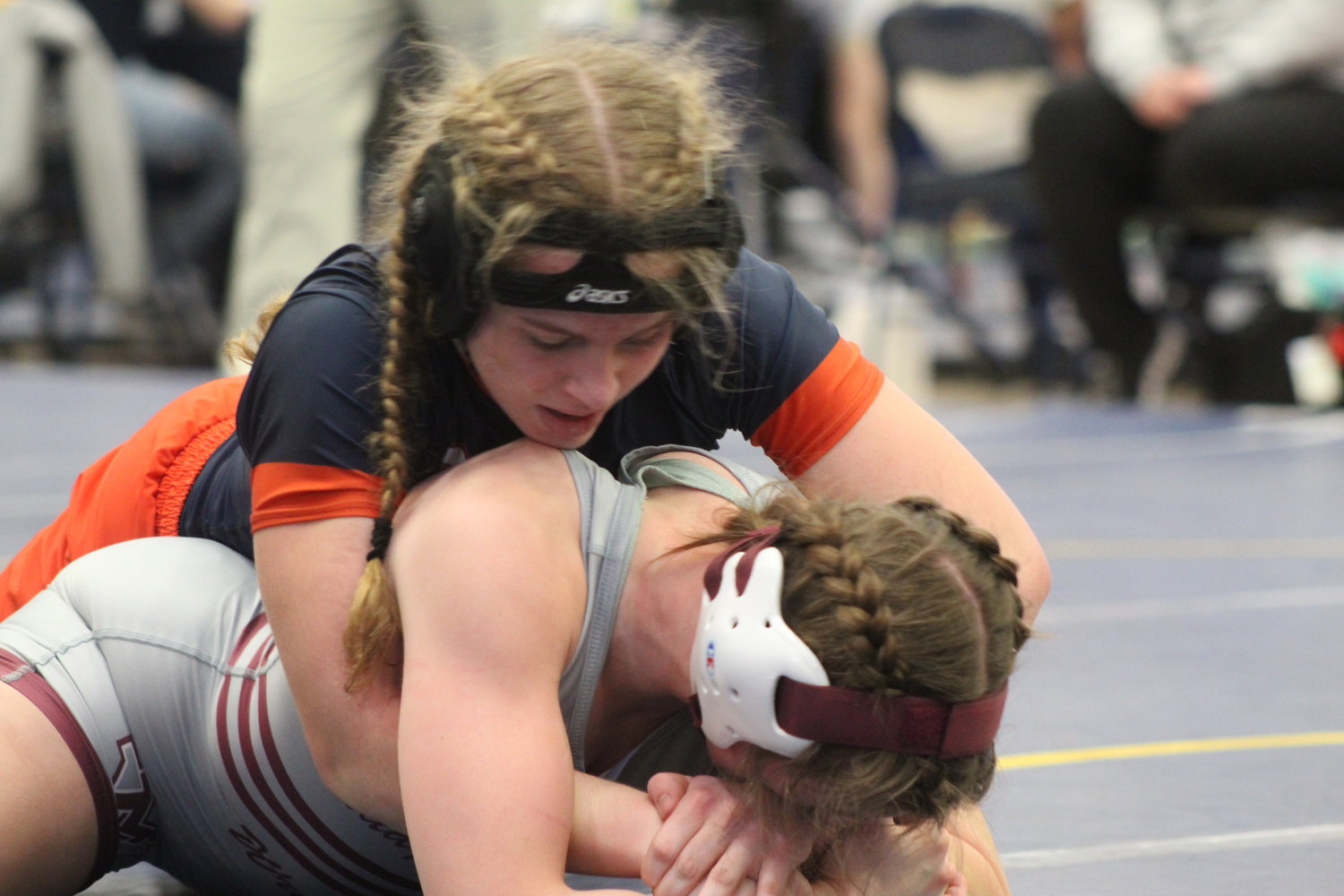 Sophomore Hailey Kunz took home 6th place at 145 as she looks to get back to the State Finals her junior and senior year.
Codey Emerson/Journal Review 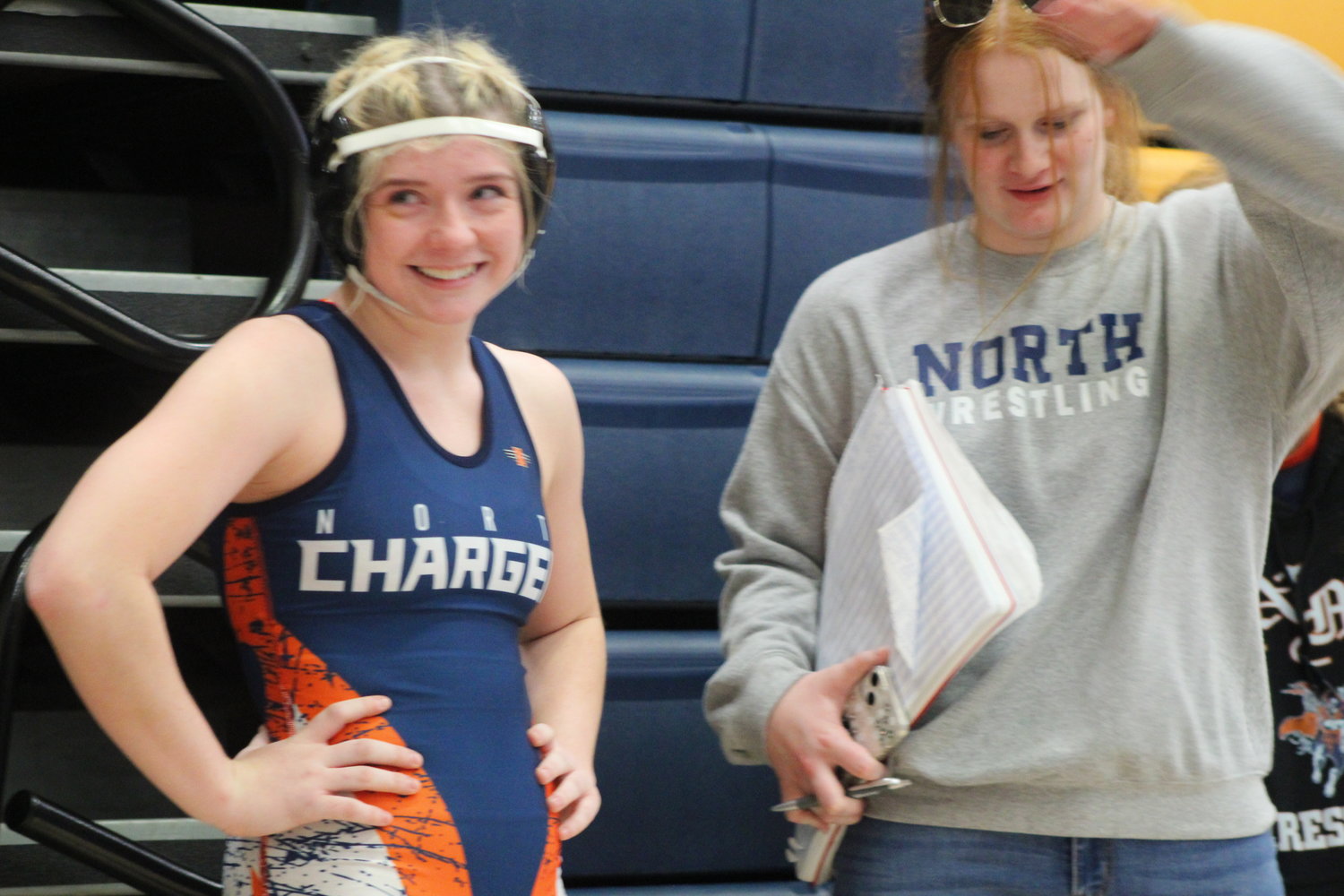 While on deck for her final match of the day, Moffit cracks a smile.
Codey Emerson/Journal Review 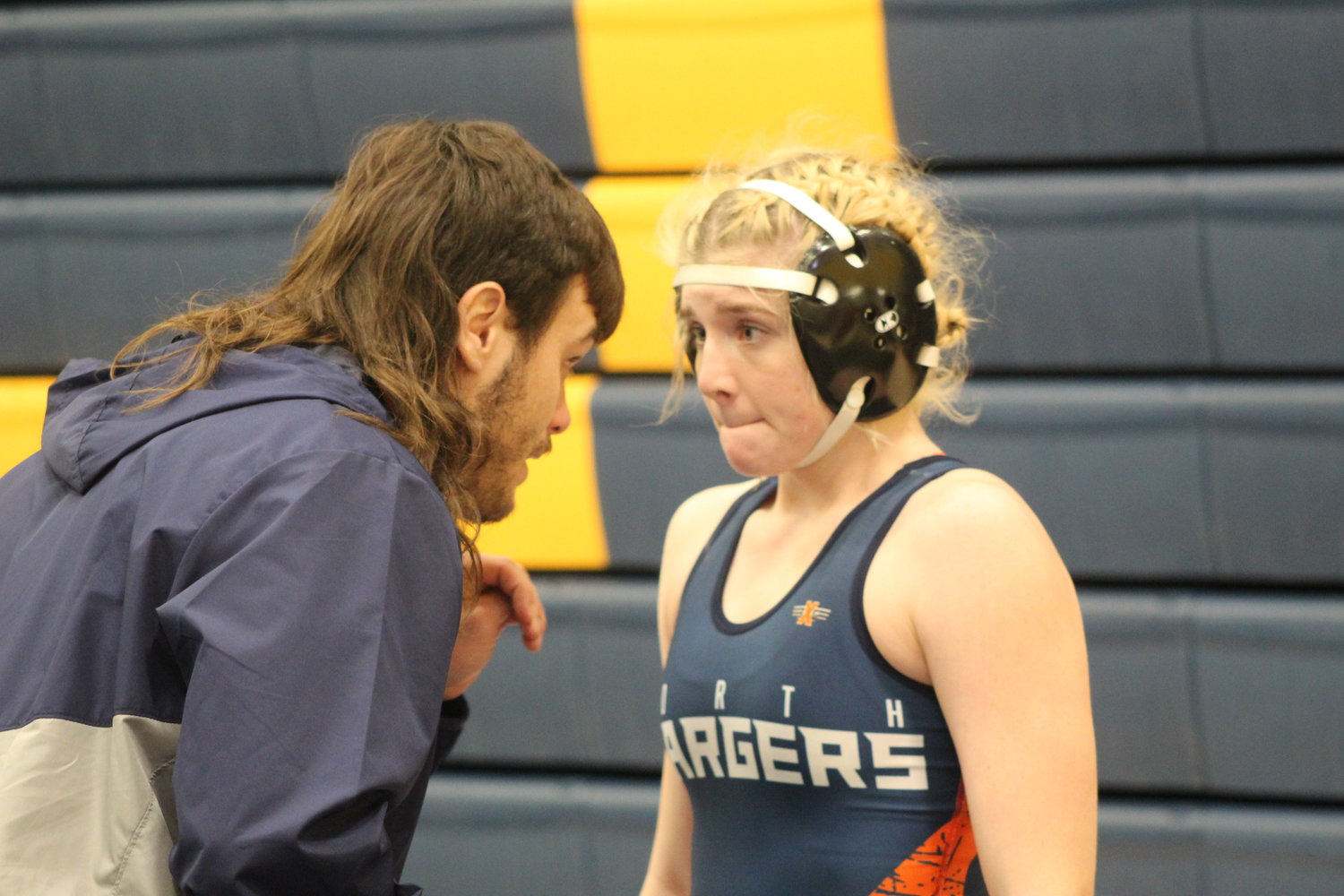 MOORESVILLE — It’s a tradition that was started and carried out by Catie and Cailin Campbell, arguably the most accomplished girls wrestlers the state of Indiana has ever seen. Friday at Mooresville Marisa Moffit, Hailey Kunz, and Chloe Douglas carried on that tradition for North Montgomery girls wrestling as the trio competed at the Indiana High School Girls Wrestling State Finals.

When all was said and done it was a successful day for the Chargers as Moffit took home 7th place at 132 pounds while Kunz placed 6th at 145. Douglas fell in her first match of the day.

“This is just great for the program to be able to carry on the tradition we’ve built here at the State Finals,” North Montgomery coach Lincoln Kyle said. “I hope all the girls at North are seeing what these girls are accomplishing and want to come wrestle themselves. All three girls did an unbelievable job today and most importantly they had fun and that’s what matters.”

Both Moffit and Kunz won their first matches of the day as pinned Lafayette Jeff’s Sian Rogers. Kunz also notched her win via pin over Mount Vernon’s Madalyn McCarty. Both girls fell in the quarter-finals which bumped them down to the consolation bracket. Kunz picked up her second win of the day, a 4-0 decision over Clinton Prairie’s Amelia Westfall to punch her ticket to the 5th place match. In that match she eventually fell to Wabash’s Paloma Shull 9-2.

For Moffit, who is a senior, she fell in the opening consolation match to Penn’s Heidi Sells 7-2. However in the seventh place match Moffit came out on fire and dominated Jay County’s Emily Manor to a technical fall (15-0) as the senior got to go out on top.

“Marisa was upset with how her first consolation match ended and you could see that,” Kyle said. “I have to give her major props for coming back in her last match and got it done. She really wanted it and you could see it in her eyes. Being able to bounce back when things don’t go your way is a big testament to her and I was pumped watching her finish strong.”

With both Douglas and Kunz, they will have next year to look forward to as they both look make it back along with some of their other Charger teammates as the Chargers tallied seven girls on this year’s team. Kyle noted how they both have already been looking forward to next season and the things they could accomplish.

“They’re already asking what we’re going to do in the off-season,” Kyle said with a smile on his face. “They got a taste of success this year and they want more of it. They’re hungry to be successful and that’s what I love most about them.”

Moffit while wrestling at her last state finals, isn’t quite done with her career as she still has the rest of this season to finish out with the Chargers. It begins on Saturday as she’ll have quick turnaround as the Chargers compete in the Sagamore Conference meet at North Montgomery. Moffit is scheduled to wrestle at 138 as she looks to help the Chargers hopefully capture a SAC title.