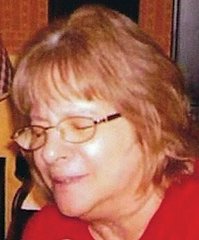 Born Aug. 2, 1944, at Knightstown, she was the daughter of John Henry Stewart and Beulah Gillam Stewart. She graduated from school in South Bend. She married Robert “Bob” Lewellen on Aug. 18, 1967. She worked for many years at Coast to Coast, which later became Random House.

Visitation will be 3-5 p.m. Thursday at Burkhart Funeral Home. There will be a prayer service at 5 p.m., led by Pastor Terry Thompson.

Rather than sending flowers, the family asks that you make a donation in memory of Gloria Lewellen to the charity of your choice.