Now that I am old enough to embody a Duke Ellington song — “Don’t Get Around Much Anymore” — I guess I should be grateful that government is willing to expend so much time, effort and money to aid my mobility.

Mayor Pete, the transportation secretary who has moved to Michigan ahead of a suspected second run at the White House, seems absolutely giddy about high gasoline prices because that will speed us further along on his goal to put us all in electric cars. He speaks ecstatically of the billions the federal government will commit to a nationwide network of charging stations.

Meanwhile, in Fort Wayne, Councilman Geoff Paddock wants to spend about $900 million, with an 80-20 federal-state funding split, to build a rail line from Chicago through Fort Wayne to Columbus, Ohio. There will be billions and billions available for national railway expenditures, depending on whom we send to Washington in the next few years. Never mind that this is a vast, sprawling country, not a tiny, compact one like Japan.

But while all that money is being proposed to nudge my distance traveling, there seems to be a counter-effort to keep me close to home. The current mayor, who is seeking and will probably win an unprecedented fifth term, has committed millions to riverfront development and commercial and residential projects in order to herd Fort Wayne residents downtown, whether or not they want to go.

Not that we’re expected to walk, unless of course we choose to. If we don’t want to take a municipal bus, the city has interlaced downtown streets with oh-my-God-look-out! bike lanes, and there are scooters that can be dropped off almost anywhere after they are used.

I’m not just an old coot mooning for the days of self-reliance, when my father moved our family to Fort Wayne in a not-so-gently-used Chevrolet, or when I pedaled my Schwinn around the back alleys near my house, or when a buddy and I hitchhiked to Goose Lake, Mich., for a rock festival.

And I’m not naïve enough to suggest that government stay out of the moving business. The history of transformative transportation projects in this country — from canals and the intercontinental railroad to construction of the interstate highway system and subsidies for airport infrastructure — has been a story of public-private collaboration, with mad visionaries and humorless functionaries working side by side, producing along the way fraud, waste and enough honest graft tor everyone.

But I am idealistic enough to wish that more thought would go into these grand schemes and that better reasons were behind them than some bureaucrat’s idea of how we should live or some politician’s declaration of what the “settled science” dictates.

If government is to be involved, let it be in support of what people have already decided to do, not the determining factor in making them do it. After we have discovered the beauty of autonomy through automobiles, then build the highways.

And “settled science” is an oxymoron. All knowledge is subject to challenge, with old hypotheses falling under the weight of new facts. Politicians who jump into the scientific process are trying to affix a permanent solution to a problem that may or may not be revealed through evolutionary exploration.

When I ponder government and travel, I usually end up thinking about NASA, how thrilling that we set foot on the moon, and how sad that our efforts just stopped once that goal had been met.

Eventually, we’re going to leave the confines of this planet. As much as I admire the efforts of people in the private sector such as Elon Musk, I doubt we’ll get very far without some kind of government involvement. But we’ll need an interstellar superhighway, not some former mayor of a small Indiana town trying to figure out where to put the charging stations.

Leo Morris, columnist for The Indiana Policy Review, is winner of the Hoosier Press Association’s award for Best Editorial Writer. Morris, as opinion editor of the Fort Wayne News-Sentinel, was named a finalist in editorial writing by the Pulitzer Prize committee. Contact him at leoedits@yahoo.com. 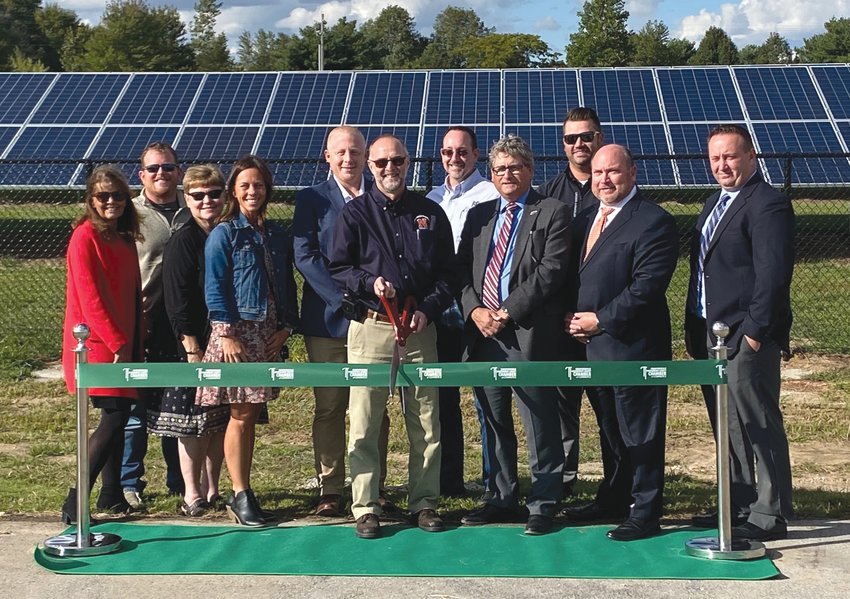