Lady Mounties give game away at free-throw line 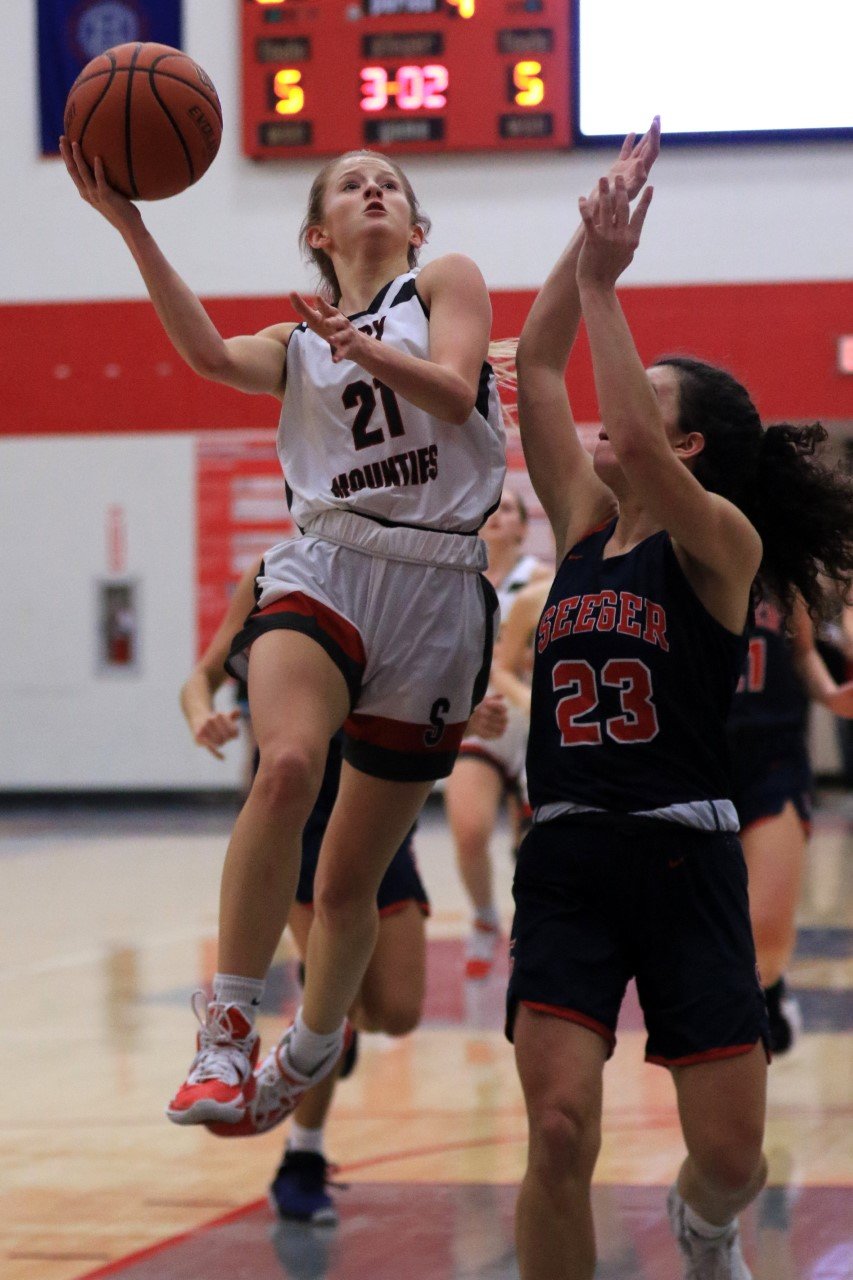 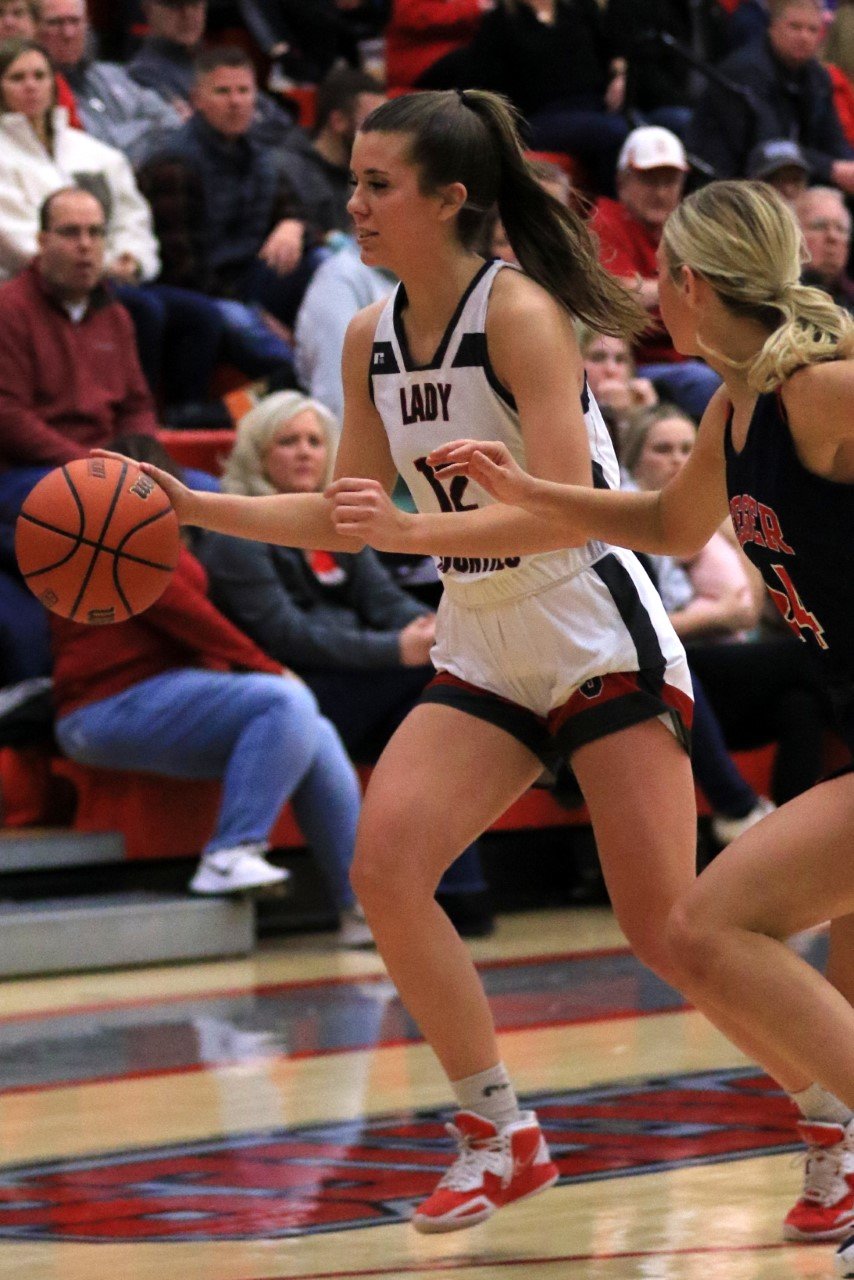 Chelsea Veatch brings the ball up for the Mounties.
Susan Ehrlich/Journal Review 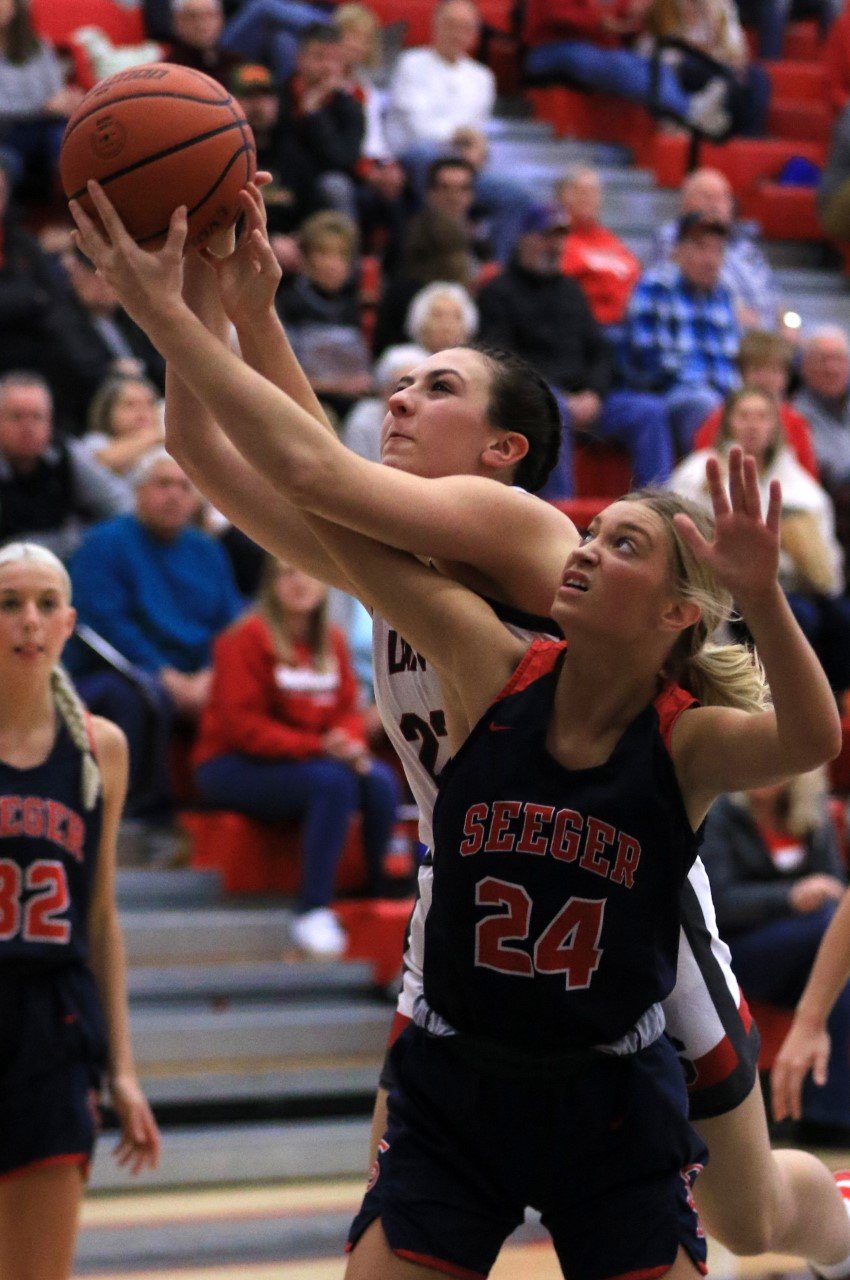 NEW MARKET — The stat that tells the story of how Seeger came away with a 47-36 win over Southmont is at the free-throw line. On the night the Patriots attempted 35 free-throws and made 22 of them compared to just South’s six attempts where they made five. Southmont made more field goals (15) than Seeger (11), but along with the free-throw woes, the Mounties also turned the ball over 31 times in the loss.

After trailing by as many as 15 points in the third, South cut the lead to 38-32 but was just unable to complete the comeback.

“I just don’t think we were mentally there down the stretch,” Southmont coach Dan Burkman said. “I was really pleased with Olivia (Gray) and Cheyenne (Shaw). They seemed to be locked in all game. We struggled when DeLo was out of the game and eventually fouled out (1:54 left).

DeLorean Mason led the way for the Mounties with 15 points in the loss. Saylor Woods scored six with both Olivia Gray and Chloe Jenkins scoring four. Chelsea Veatch drilled a three and Cheyenne Shaw and Kenzie Douglas rounded out the scoring with two for the Mounties. South shot 15-35 (43%) from the field but just 1-7 (14%) from three while grabbing 27 rebounds.

The star of the game for Seeger as it has been for most of the season was senior Aubry Cole who scored a game-high 26 points. Rylea Wetz added nine, Paige Laffoon four, Addison Shrader and Anna Moore three while Emma Brenner scored two.

“Anytime you can come on the road and play in an atmosphere like a double-header and pull out a win is impressive,” Seeger coach Chad Wetz said. “Our game plan was to attack their zone and attack in transition when we could and it worked for the most part tonight. Our message at halftime was that we were out-playing them in ever facet, but just weren’t able to pull away (23-19 Seeger lead at half). In the third quarter we went on a run, knocked down our shots from the line and we got our lead to double digits.”

The Patriots shot 11-35 (31%) from the field and their 22-35 mark from the free-throw line was good enough for 63%. They grabbed 23 rebounds and turned the ball over 25 times. Wetz however trusted his star player in Cole and she was a big reason the Patriots were able to hold off a late Mountie rally.

“Aubry’s biggest hurdle is just getting frustrated when shots aren’t going her way but tonight she didn’t do that,” Wetz said. “She missed some early, but mentally stayed in the game and played very well down the stretch. When South was making their comeback Aubry was the person to shut the door.”

The win for the Patriots sees their outstanding season continue as they improve to 16-3 on the year. South falls to 8-9.

Seeger returns to home on Tuesday to battle another Montgomery County foe in North Montgomery while the Mounties have off until Thursday when host Frankfort.