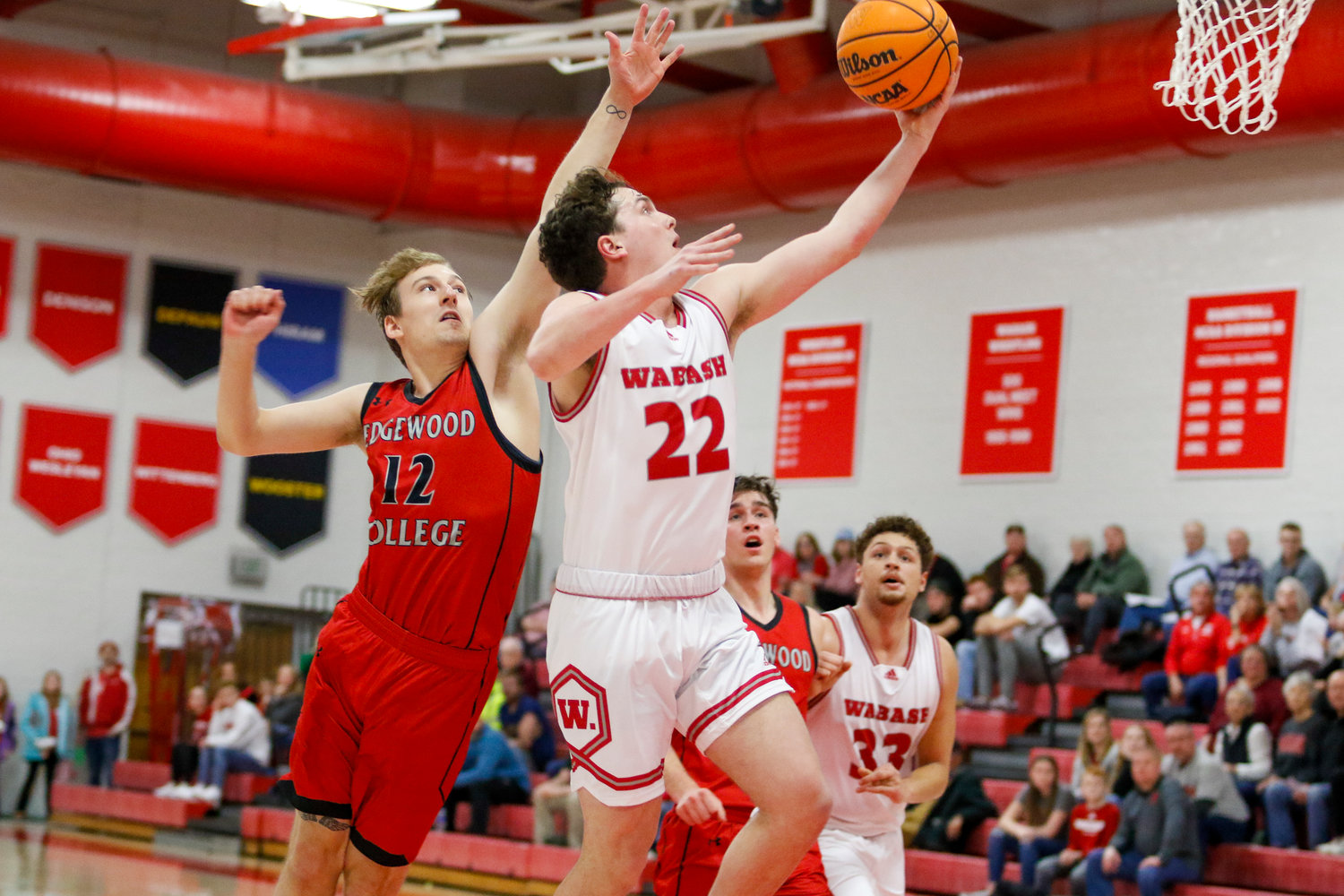 2022 will be a year that Wabash College basketball will remember forever. It all started on Saturday Feb. 26 when the Little Giants won a thriller over longtime conference power Wooster 85-84 in overtime to secure the school’s first ever North Coast Athletic Conference championship. That punched their ticket to the NCAA Division III Tournament where they made it all the way to the final four in Fort Wayne. All told Wabash won a school-record 24 straight games on their ride to Fort Wayne.

Friday night the Little Giants closed out 2022 with a dominating 90-63 win over Edgewood College to improve to 9-3 on the season. In the calendar year that was 2022 the Little Giants posted an outstanding overall record of 28-4. Ironically, that’s the exact record that last year’s Final Four team finished with. Coach Kyle Brumett has continued to have his team this season playing great basketball. After the win against Edgewood, he took a moment to reflect on the year that was for the Little Giants.

“This is what Wabash basketball is supposed to be,” Brumett said. “Coach (Mac) Petty put his heart and soul into it and so many alums that still care about the program. We’re by far not a finished product with this team yet, but we’re supposed to play well and expect to win games. We’ve worked hard and I love the finish that the guys that were on last year’s team got to taste and experience. I have no reason to not think that we’re still going to carry on that winning tradition into the future.”

On the court Friday the game didn’t get off to the greatest of starts for the Little Giants. The first five and half to six minutes of the game were controlled by the visiting Eagles who led 13-7 at the 14:44 mark of the opening half. After that Wabash slowly started to pull away as they were aggressive at attacking the basket. After the first 20 minutes Wabash took a 42-30 lead in the second half the Little Giants shot 63% from the floor as they cruised to the win.

“They made three threes in the first half and the guys taking those shots were who we wanted taking them,” Brumett said. “You have to give them credit for doing that, but after the first six minutes they only made one for the rest of the game. That’s why we spend so much time with our scouting report and telling our guys to buy into it and they did a very good job of that today and it allowed us to pull away.”

Edreece Redmond led all scorers in the game for the Little Giants as he scored 21 points on 7-9 from the field. Avery Beaver had arguably his best game of the season in the win for Wabash as he added 18 on 7-10 shooting. Champ McCorkle rounded out the double-figure scoring with 12 while six other players for the Little Giants found their way into the scoring column.

“Avery and I have been waiting for this type of game from him,” Brumett said of Beaver. “He plays like this all the time in practice and we know he can have nights like this. He played well against Rose-Hulman (14 points on 5-7) and we’re letting him handle the ball more. What he’s doing this year is something that he’s never really been able to do because his entire life he’s played with great players even going back to high school. We’re beginning to see more of his game and his confidence is in a good place right now.”

Wabash will be back in action for their first game of 2023 next Wednesday when they hit the road for another NCAC contest when they take on Kenyon. Next Saturday will be a big-time home game at Chadwick court as the Little Giants welcome Wooster for the first time since defeating them for the conference title a season ago.