Panthers pull away from Athenians in second half 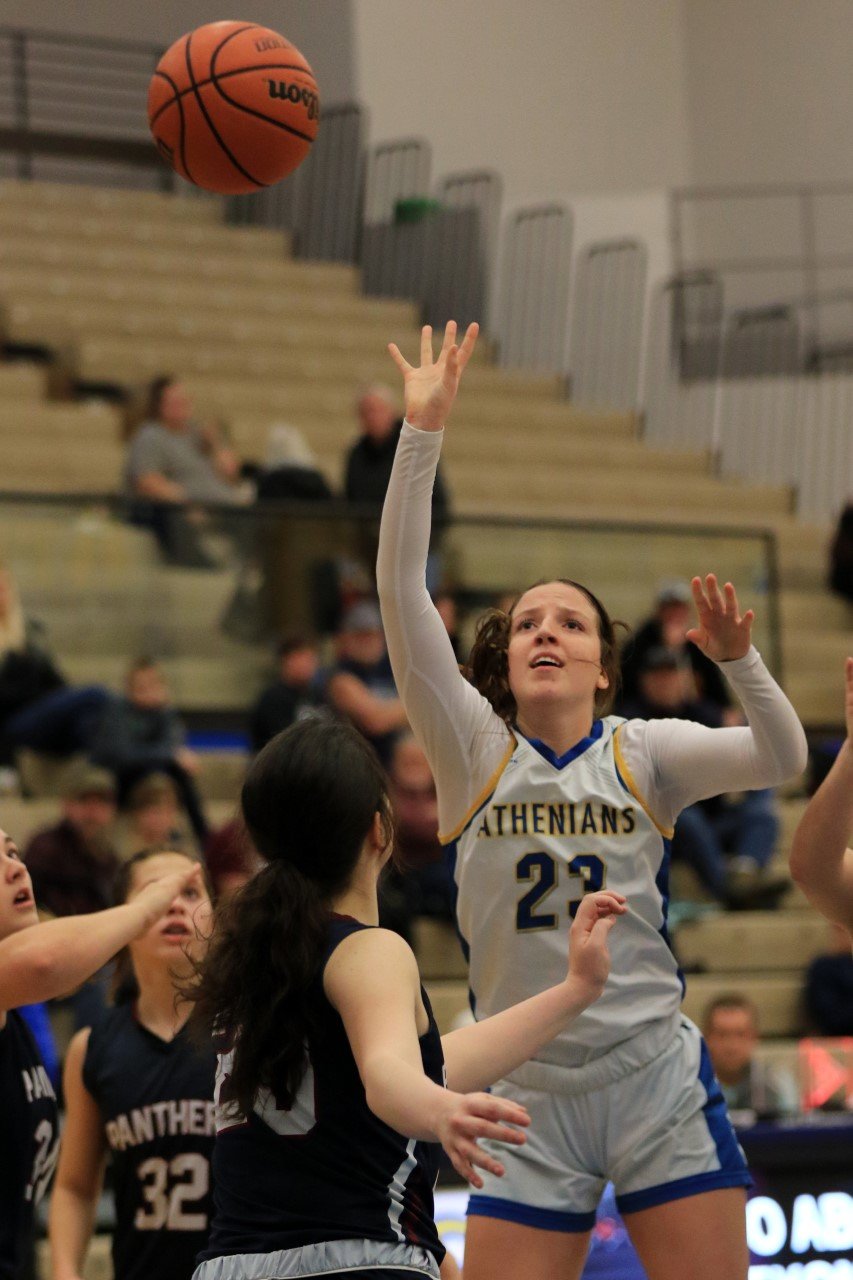 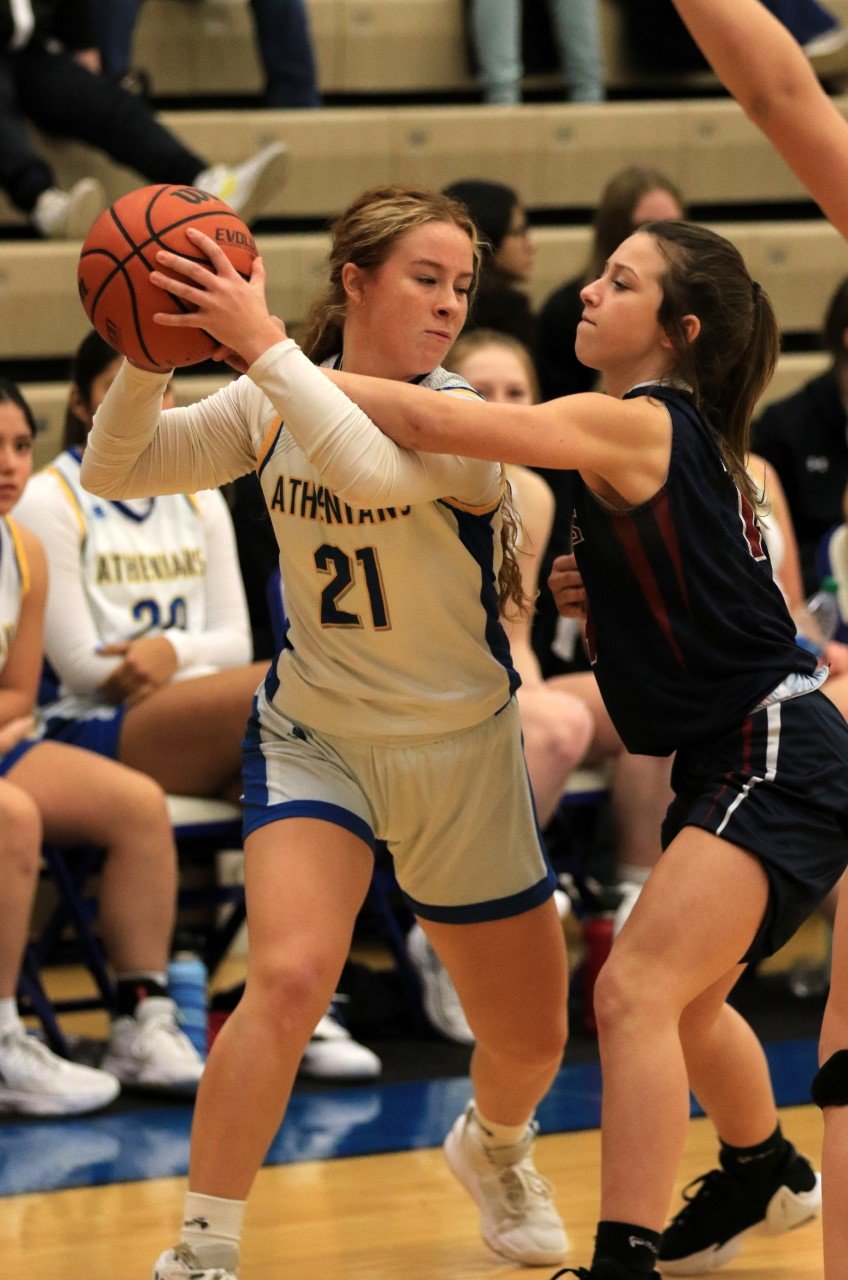 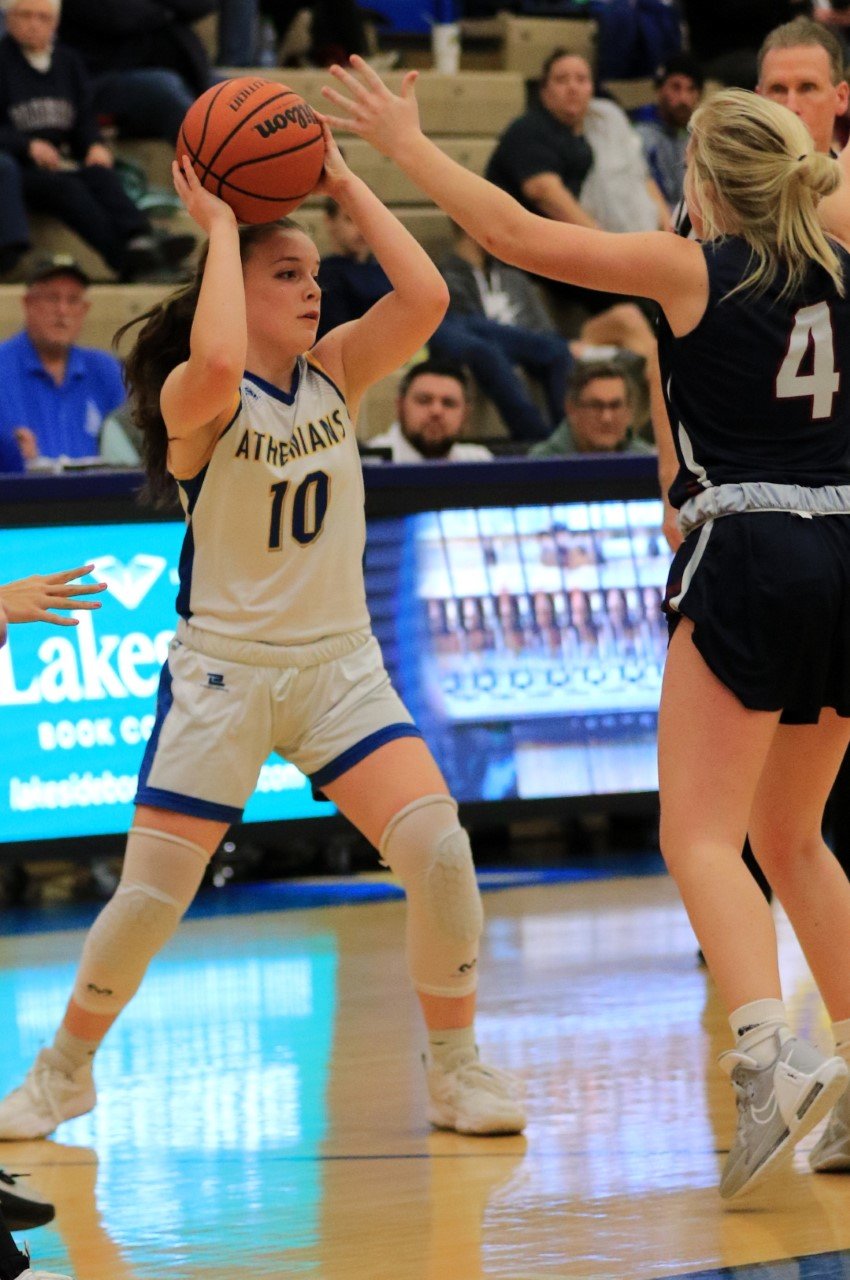 A slower paced first half had the home squad working the offense inside and after hitting the first two baskets of the second quarter, the Athenians were up 13-11.

It was a one-point game at the half, but Riverton Parke used their speed and size to pull away in the fourth quarter to secure their third win in a row, and run their record to 7-8 for the season.

The Athenians fall to 4-13 with the loss.

“We had a lot of good looks,” C’ville coach Tyler Smith said, “but you can’t go 2-of-19 from three-point range. A couple made shots brings up the confidence level, raises the energy in the gym and gets you going. We also had a couple tough turnovers that led to some easy points.”

In the meantime, the Panthers were finding their shooting touch. Some were layups after steals, but there were also a handful of buckets in the paint and nearby.

“We are starting to click,” RP coach Jared Garman said. “We’ve played a lot of close games this season, and we really got a confidence boost the other night when we came from behind to force overtime against North Vermillion and then won in OT. I really got after the girls at halftime because I thought we were sluggish, and they responded with their best fourth quarter of the season.”

That fourth, a 23-9 advantage, capped off a night where the Panthers had a big advantage in points off turnovers (18-6) and in second chance points (19-8).

“We tried to force some passes into traffic or pressure,” Smith said, “especially late in the second and mid fourth quarters. The little things are always the important things. Sometimes you just have to make those plays.”

The 21 offensive rebounds that keyed the big second chance points started with Panthers senior Bailey Duke, who finished with 14 boards, after an 18-rebound effort against Southmont last week and a plus-20 night against North Vermillion. She is on pace to become the first girls basketball player to get to 1,000 career rebounds.

The quickness part of the game came from sophomore Haylee Mathas, who finished with 11 steals on her way to a game-best 19 points.

The Athenians offense run through Taylor Abston, as the junior hit seven field goals on the way to 17 points and finished her double-double with 11 boards.

“Taylor was solid as always, and Riley Gardner was really aggressive in the middle,” Smith said of the sophomore, who had six points.

“We had a six-game losing streak,” Garman said, “so I drug out some 20-year old practice jerseys. I told them if we won five in a row, we could go back to the new practice stuff.”

Garman, in his third season, now has the most wins in his RP career. They have their third game of the week Friday against Attica.

The Athenians travel to Monrovia Saturday and have a home game next Tuesday with Covington.