Pierce plays hero as Athenians storm back to defeat Mustangs 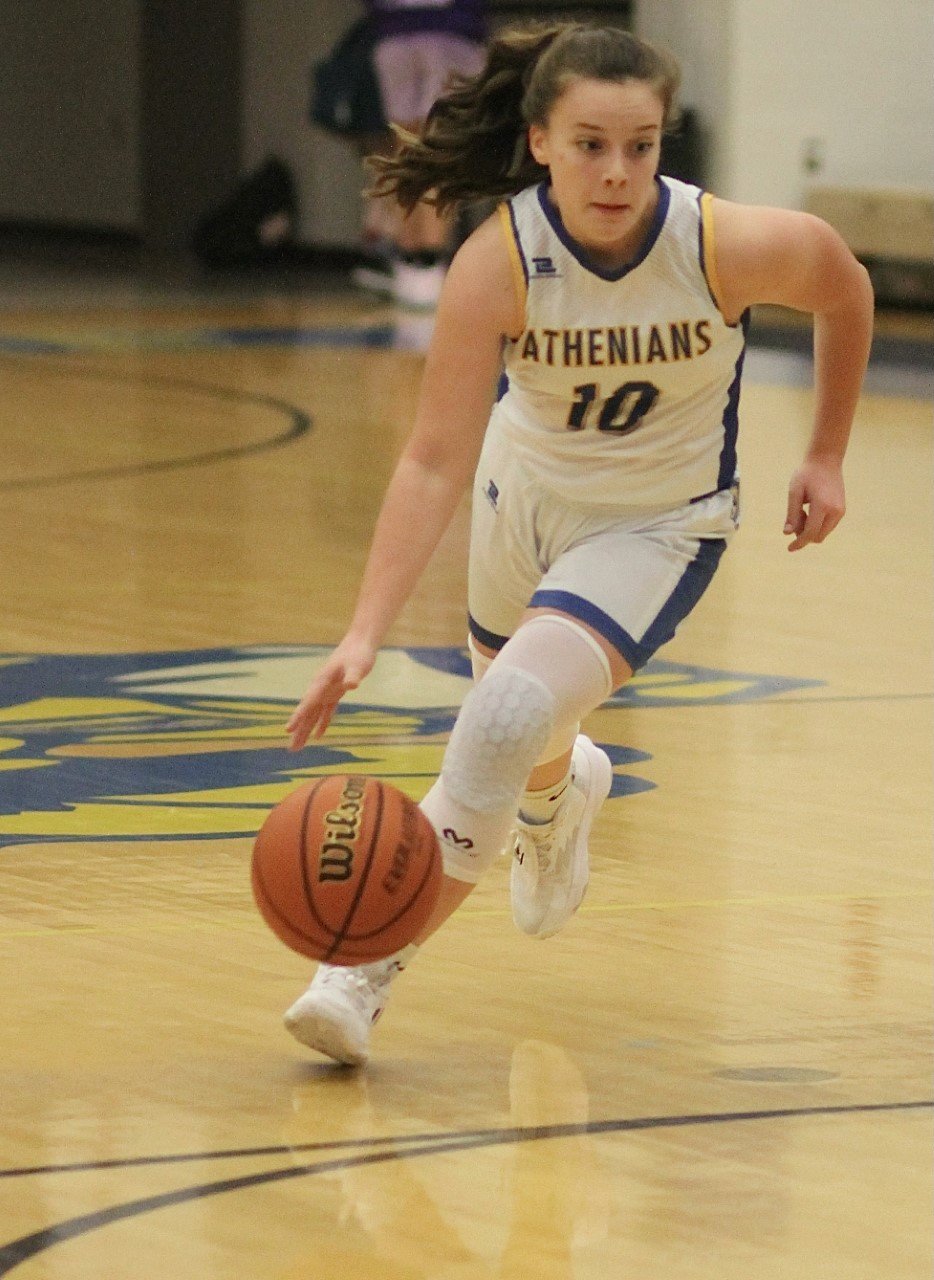 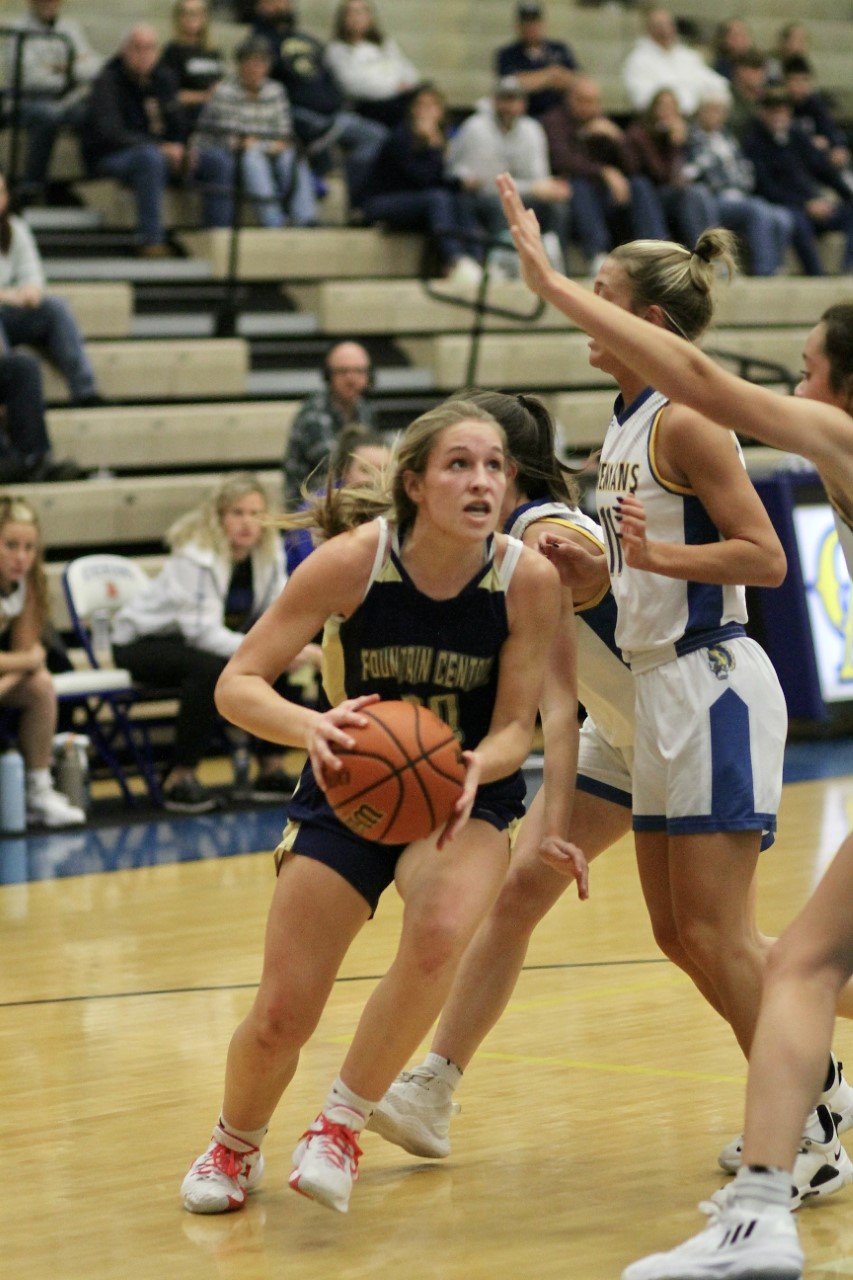 Hannah Prickett continued to lead the Mustangs in the scoring column as the sophomore scored nine.
Lori Poteet/Journal Review 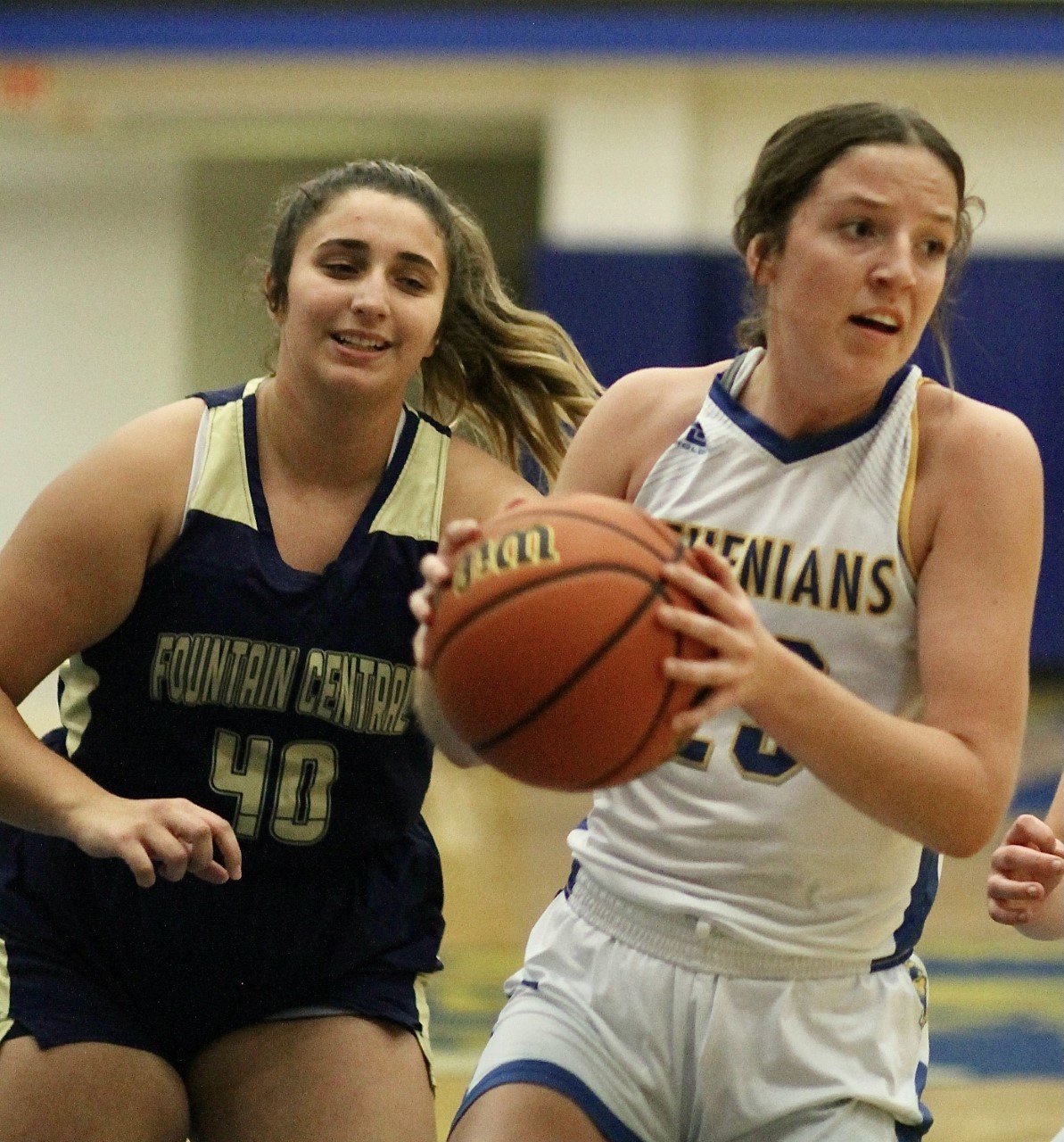 Taylor Abston drives past Kacey Kirkpatrick of the Mustangs. Abston led all scorers with 13 for the Athenians.
Lori Poteet/Journal Review 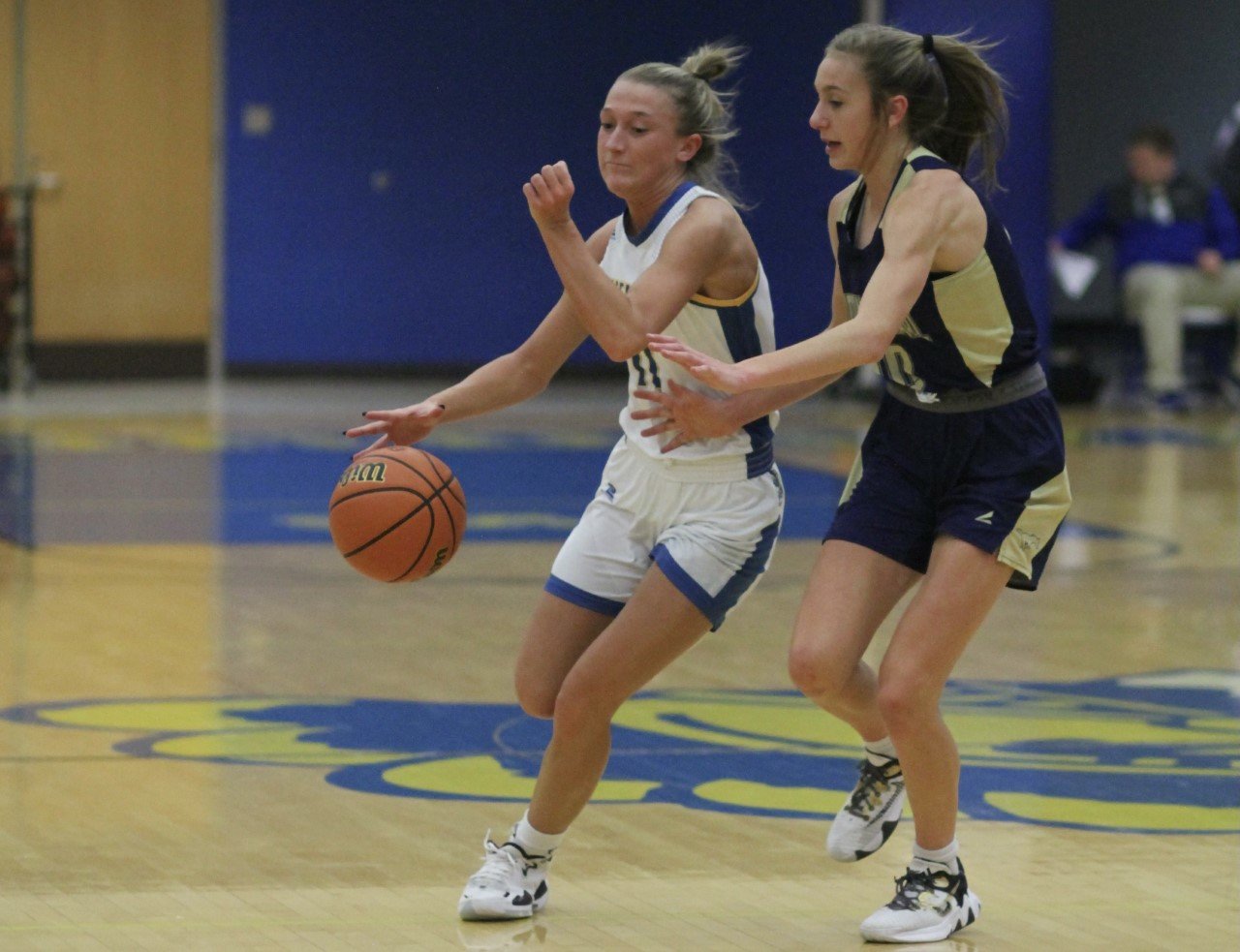 It’s a shot that Crawfordsville girls basketball freshman Molly Pierce will remember for the rest of her life. Tuesday the Athenians hosted Fountain Central looking for their first win of the season. Fountain Central controlled the game for much of the second half until when it mattered most. Leading by as many as nine with a minute in the third quarter, FC only would score a pair of free-throws in the final eight minutes of play and would see a 32-25 lead with just a minute to go slip away as with 17 seconds left Pierce drained the game-winning three to give CHS a 33-32 win over the Mustangs.

“The word I keep using for her is fearless,” Crawfordsville coach Tyler Smith said. “If you let fear control how you play it’s noticeable and no matter the circumstances she doesn’t a let moment get too big for her. We trust her to be on the floor in the big moments and make good decisions. I have to give our girls overall a ton of credit. There were times where we were hanging our heads and felt like we were giving up but in the end we hung in for the big win.”

In fact it’s the first win of the season for CHS as their record improves to 1-3 on the season. Pierce ended the game with nine points and Taylor Abston led all scorers in the game for the Athenians with 13. Madison Hedrick chipped in four while Elyse Widmer, Riley Gardner, Abby Cox, and Addie Hodges all ended with two.

“I just kept telling them that we were going to get back in this game one stop at a time on defense,” Smith said. “Our half court offense wasn’t doing a ton so we had to find ways for our defense to create our offense. We had to make a few adjustments to our press and were effective in doing it forcing all of those turnovers in the final minute. I think this will be a lesson in many ways for our girls to keep staying in the fight.”

While the loss is tough to swallow for the Mustangs who fall to 2-5 on the season, coach Sammy Karr also knows that this close loss will benefit his team more than they probably know.

“There’s a lot of things that we can be proud of,” the first-year Mustangs coach said. “As young as we are as a team we’re going to take some little victories along the way and I think tonight was another one of those. There were some bad mistakes at the end that we’ll learn from. We just have to be a little mentally tougher in situations like that.”

Hannah Prickett ended the game with nine points to lead the Mustangs. Rylee Simko scored seven, KayLee Spragg six, Brailey Hoagland and Katie Brown both had four, and rounding out the scoring for FC was Kacey Kirkpatrick with two.

“The experience of playing in close games like this, win or loss is never a bad thing,” Karr added. “Overall I think their pressure for whatever reason bothered us. Our girls hurried more instead of settling down and making the right play. At the very end of the day too we have played every other day since the beginning of the season and haven’t had a ton of time to go through a lot in practice. Despite that there’s only been one game this year that we haven’t battled for a full 32 minutes and I’m proud of them for that.”

For the Athenians they will now have a couple days to prepare for the annual Sugar Creek Classic that they will host at Crawfordsville High School. The four-team tournament as always features the three Montgomery County school and Western Boone. On Friday, CHS as they did a year ago, will take on county rival Southmont in the second game which is scheduled to begin at 7:30. Smith knows that as always it will be a challenge when going up against the Mounties on Friday.

“Coming in with a win, especially a big win like this will help us a ton,” he said. “I think this will help us in practice as we prepare for South. The classic is always a blast and we’re looking forward to it.”