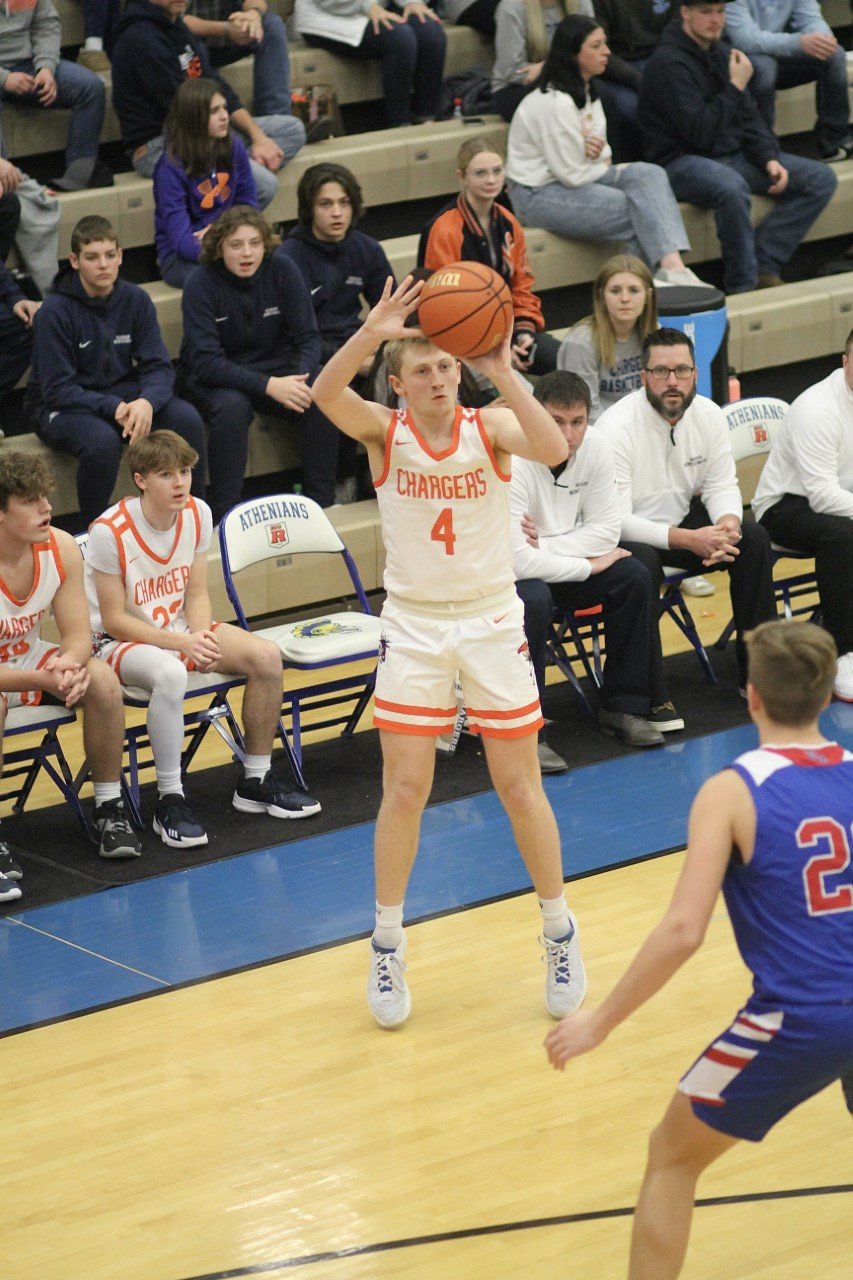 After both teams suffered losses in the opening round of the 16th annual Boys Sugar Creek Classic on Friday, Western Boone and North Montgomery battled in the consolation game Saturday. Both wanting to get back in the win column, it was the Stars who came out ready to play as they quickly jumped out to a 10-0 lead as they lead 12-2 after one quarter. The final score ended up in favor of the Stars at 49-31 as WeBo snapped their eight game losing streak.

Despite trailing 24-13 at the half, the Chargers came out of the third quarter looking like themsevles finally as Jarrod Kirsch and Colton Zachary hit a barrage of threes made the score 28-25 Stars with 4:44 left in the quarter. After that quick little surge though, it was all Stars the rest of the way as they’d outscore North Montgomery 21-6 to pull away for the win.

“We couldn’t have asked for a better start to the game,” Western Boone coach Dustin Oakley said. “From there we were really able to manage the game out our pace and we did a fantastic job on the glass on both ends. We just need guys to be confident and knowing that they can produce and having three guys in double figures is great. I asked the guys how they were going to respond from Friday’s loss and if they were tired of losing and it just resulted in a complete team effort tonight.”

Kirsch led al scorers in the game with 17 points for the Chargers including five threes as junior sharpshooter got back on track after a couple of rough games. Chargers assistant coach Clayton Randolph noted how his teams issues began on the defensive side of the ball.

“We just simply have to get better on defense,” he said. “We talked about how our shots our going to come because we continue to get open looks and have plenty of guys who can shoot the basketball no problem. Our rotations have got to better and more than anything we have to be physically and mentally tougher from here on out.”

Even with a 48-40 loss to Southmotn in game one on Friday, Oakley loved the way his team competed. Combine that with an all-around win on Saturday and he mentioned how this could be a turning point for his team as they get ready for the grind of the middle part of the season.

“I think program wide, this tournament and how we played can jump start us,” Oakley said. “I wasn’t upset with how we played against South. We executed our game plan both nights and our JV kids found a way to win this morning then we follow that up with a win. We’re without Levi Lagrange who is one our starters. That says a lot about our guys and it was a great night for WeBo basketball.”

With the loss the Chargers fall to 4-8 on the season. The schedule in January does them no favors as they will get the likes of Danville, Lebanon, and West Lafayette in their next three games. It starts with a trip to the Warriors on Friday night for a girl/boy double-header.

Western Boone improves to 2-8 on the season and they will be back in action at home on Friday for as they welcome SAC rival Frankfort.