A historic offensive season on the pitch 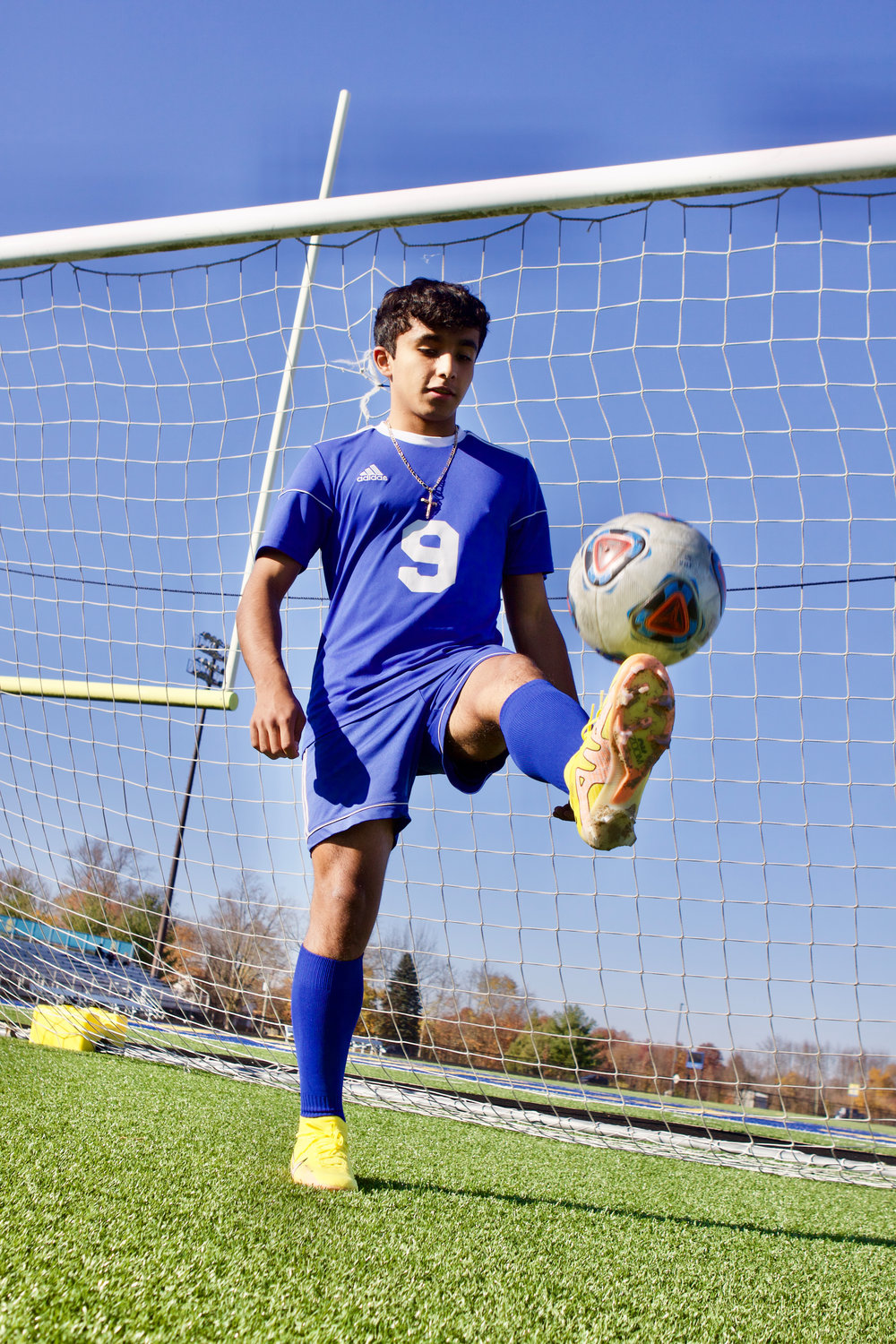 Junior Patrick Corado was 4th in the state in goals scored this season with 39 as he led Crawfordsville to their first sectional title since 2016.
Lori Poteet/Journal Review
Posted Monday, November 7, 2022 2:05 pm
2022 Boys Soccer All-Area Team

What do you get when you combined lightning speed with an elite ability to score on the soccer field? The answer is Crawfordsville’s Patrick Corado. This season Corado scored 39 goals which ranked No. 4 in the state. Those 39 also broke the single season goal record for the Athenians. In 18 games this season Crawfordsville scored 86 goals (5.1 per game) as they as a team broke the single season record for goals scored. All in all it was a historic season for the Athenians as they won their first sectional title since 2016. They fell to the eventual state champions in the Brebeuf Braves in the Regional semi-finals as they ended their season 11-7.

This historic season by Corado is a story that needs to be told. A season ago at the beginning of his sophomore year, he suffered a season-ending knee injury. What followed after that was a long process to getting back to 100%. Athenian coach Marcus Hale saw the work that Corado was putting into getting back on the field and has a profound appreciation for the time behind the scenes.

“To me this season that he had is a culmination of years and years of hard work,” Hale said. “I don’t think people have a real appreciation for what he has done since he since he was little to get to this point. What his leadership meant to this team this season was something that doesn’t get talked about enough. Obviously the goal scoring ability is there but his unselfishness to pass to his teammates, he had a hand in 60% of our goals this year. He’s just a terrific player in all facets of the game.”

With his historic season, Corado is the rightful choice to be the 2022 Journal Review Boys Soccer Player of the Year.

“I don’t really think there’s a perfect way to describe this year,” Corado said. “It was just really awesome to experience being able to score that many goals. Having the support of my teammates and coaches along the way. It all really just came down to the motivation that I had after missing last year. It all kind of built up inside of me and allowed me to go out there and have a great season.

What is most impressive about Corado’s season is that as quick as a player as he is, most players wouldn’t be back to full strength and have the same level of elite speed. Corado showed no signs of that whatsoever as he continued to blow past almost every defense that he faced this season. One of the good old saying in sports is ‘you can’t teach speed’ and Hale noted how despite planning to try and stop it, most teams had no answer.

“It’s one thing to see how fast he is on film, then actually see it in person,” Hale said. “His injury wasn’t anything we took lightly because it’s not often you see kids bounce back as well as he has from it. He also scored some goals this year with his right foot so you can see his game starting to develop and grow as he gets more experienced.”

As Hale mentioned while Corado did lead the team with his 39 goals, other players such as Ryo Nishina (19 goals), Manuel Olvera (12) and Jaziel Gil-Herrera (6) all benefited from playing alongside him, and Corado was more than willing to see his fellow teammates get in on the scoring.

“To be able to play alongside a group of guys like that is amazing,” Corado said of his teammates. “We know that if one option doesn’t work that we have plenty of guys who can step up.”

During the sectional championship game against Cascade, CHS saw the tide turn on them quickly after being up 2-1. The Cadets quickly scored a pair of goals to take a 3-2 lead. However as one of the leaders of the Athenians, Corado gathered the troops and told them they weren’t going to be denied the trophy.

“I was just talking with them and told them how not to worry that we were down,” he said. “We had to keep our heads high in that moment and go out and play how we know to.”

Heading into next fall, the Athenians will bring back mostly the same roster excluding a handful of seniors as they lose defender Yeison Cifuentes, Andrew Jones, and Shota Koyanagi. All of the primary scoring will be back for CHS and Corado will once again look to lead the Athenians to another sectional title and hopefully beyond.

“It’s going to come down to hard we work in the off-season,” Corado said of next year. “We can’t keep looking back on the previous year and thinking about the things that didn’t happen.”

Hale knows that if Corado and the Athenians are able to improve off of this past season, it can be set up to be another special year. There are career accolades for Corado that are in reach and the team will look to eye another Sagamore Conference title as well as look to defend their sectional crown.

“We learned a lot of things about ourselves when we lost to Brebeuf,” Hale said. “Everyone who is returning along with adding a some freshman along the way, we want to accomplish even more next year. It’s going to require a lot of hard work in order to get some of those goals like winning the conference and the sectional again. Patrick has some things that he can do as long as he has another great year that can put him at the top as far as a career goes. I’m excited to see how that’s going to go.”

There’s no denying that what Corado and CHS accomplished this year was special. With one more year to ahead of him it looks as if the skies the limit for the lightning quick Athenian.