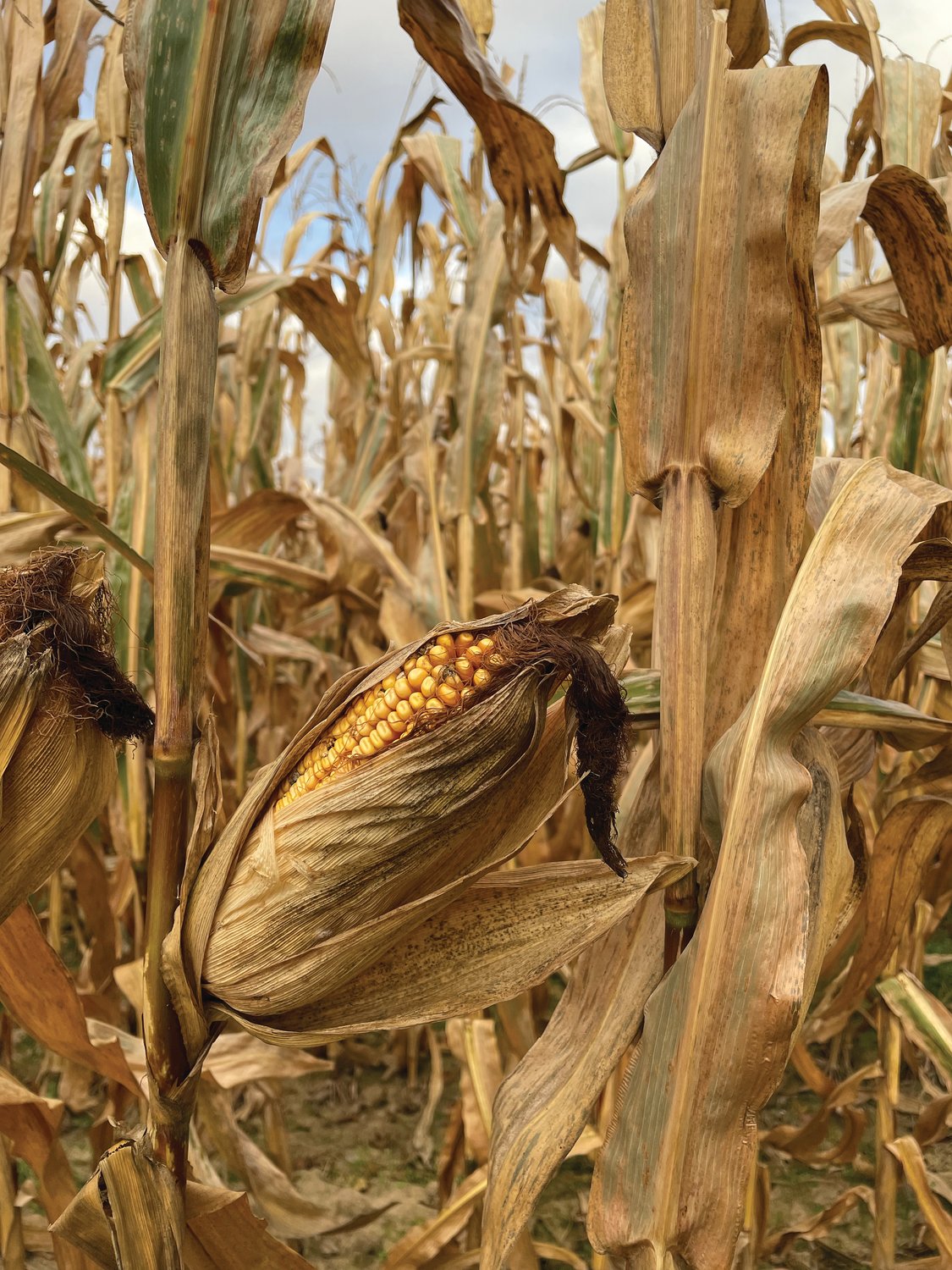 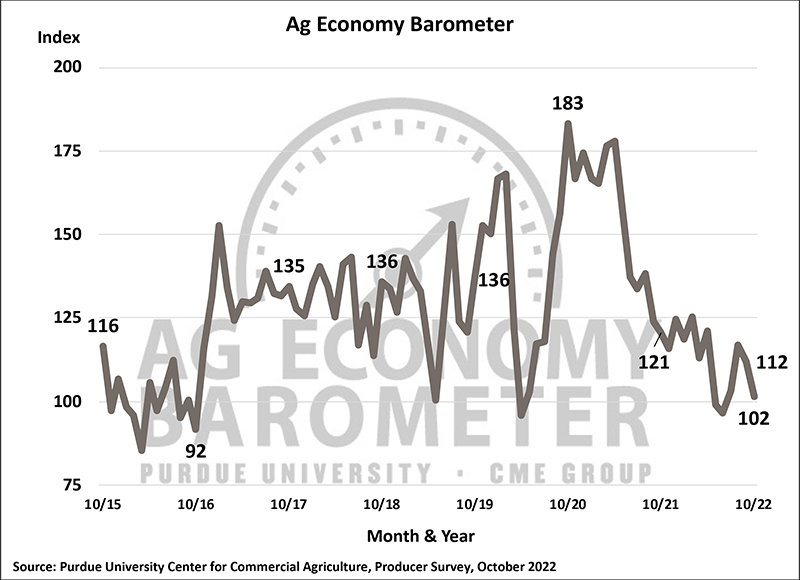 “Concern over rising interest rates grew once again in October and is adding to the unease among producers who are worried about its impact on their farm operations,” said James Mintert, the barometer’s principal investigator and director of Purdue University’s Center for Commercial Agriculture. “Additionally, challenging shipping conditions throughout the Mississippi River valley have hampered exports recently, and the corresponding widespread weakening of corn and soybean basis levels could be contributing to heightened unease about financial performance.”

Producer concern about the financial performance of their farms was one of the primary drivers of weakening sentiment in October. The Farm Financial Performance Index fell 13 points this month to 86 and was a distillation of producers’ concerns about high input costs combined with weaker commodity prices. Looking ahead to next year, over 40% of producers viewed high input costs as their top concern, followed by 21% who chose rising interest rates, 13% who chose lower output prices and 13% who chose input availability.

After dipping to a new record low last month, the Farm Capital Investment Index improved 7 points this month to a reading of 38. Producers who viewed this as a bad time for large investments revealed that increasing prices for farm machinery and new construction (40% of respondents) was the primary reason for their negative outlook, followed by rising interest rates (20%) and uncertainty about farm profitability (17%).

Producers’ expectations for short- and long-term farmland values rose this month. The Short-Term Farmland Value Expectation Index rose 10 points to a reading of 133, while the Long-Term Farmland Value Index rose 5 points to 144. Strength in both indices comes on the heels of reports from farmland auctions around the Corn Belt that land values are setting new record highs again this fall. Even with this month’s rise, both indices remain weaker than a year earlier. The short-term index this month was 15% lower and the long-term index was 11% lower than in October 2021.

Farm policy discussions are underway as Congress prepares for debate on a new Farm Bill in 2023. As a result, several farm policy related questions were included in this month’s barometer survey. Crop producers were asked which two policies or programs would be most important to their farm in the upcoming five years. More than one-third (36%) of crop producers chose interest rate policy as the most important policy issue for their farming operation, followed by the crop insurance program (27%), environmental policy (16%), conservation policy (11%) and climate policy (10%). When asked how effective the current ARC-County and Price Loss Coverage (PLC) programs are at providing a financial safety net, 72% of respondents rated the two programs as either “somewhat effective” (61%) or “very effective” (11%). When the same question was posed relative to crop insurance, 84% of respondents rated it as either “somewhat effective” (56%) or “very effective” (28%).

Read the full Ag Economy Barometer report at https://ag.purdue.edu/commercialag/ageconomybarometer/. The site also offers additional resources — such as past reports, charts and survey methodology — and a form to sign up for monthly barometer email updates and webinars.

Light at the end of the tunnel: Grand Central annex opens

I know he’s your dad, but it’s his responsibility

Officer who hit woman in McDonald's dispute placed on leave