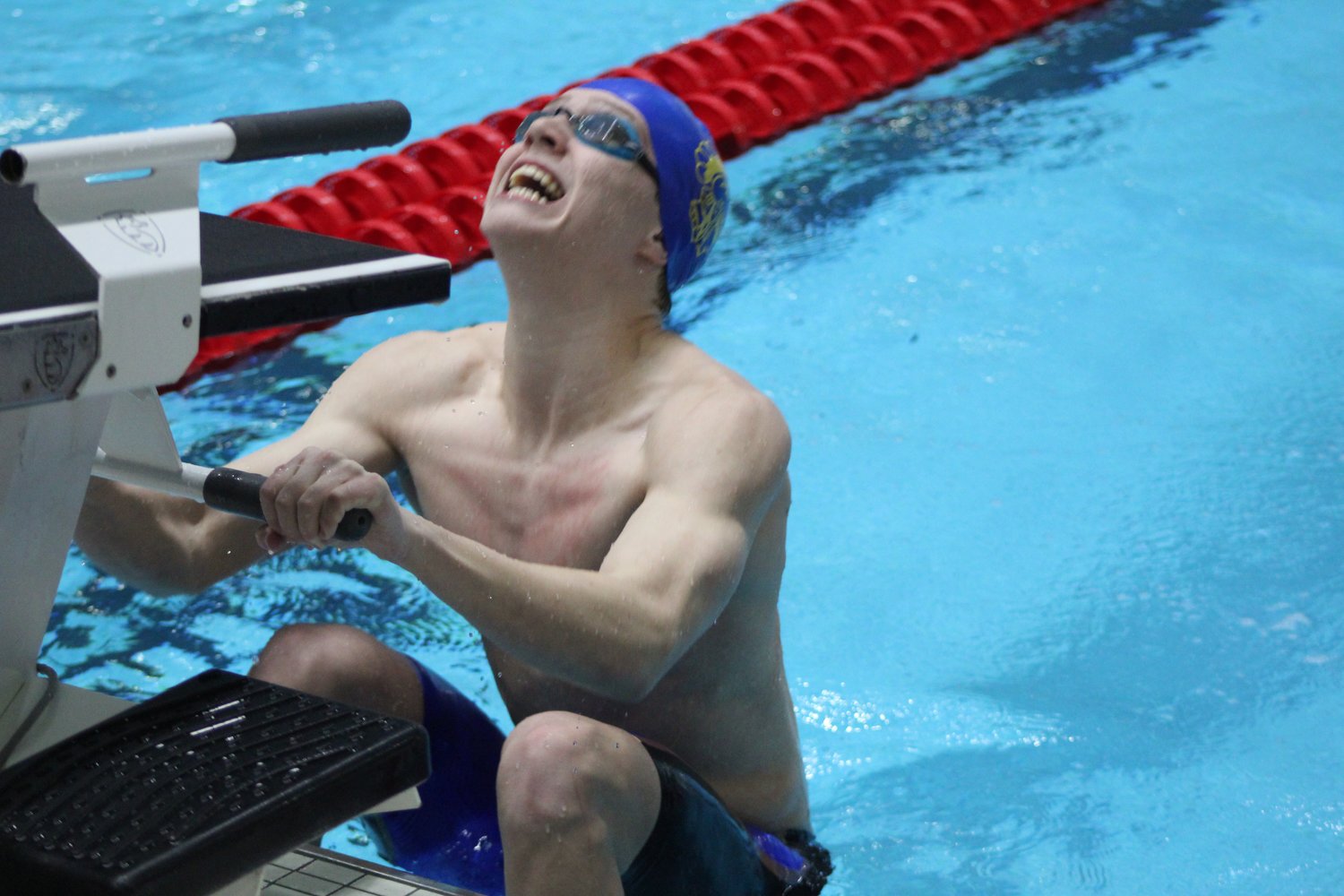 Whitman Horton was on a record chase Saturday at the Montgomery County swim and dive meet.

The Crawfordsville junior broke county records in the 100 butterfly and 100 breaststroke and added wins in the 200 medley and 400 freestyle relay to help give the Athenians a county title with 294 points. Southmont was second with 134, and North Montgomery third at 124.

North Montgomery’s depth proved to be enough on the girls’ side, securing the title with 266 points, with the Athenians placing second with 192, and the Mounties third at 172.

“They are fired up,” North Montgomery coach Erin Yeager said. “And it kind of gets them excited about things. I know where they’re at and kind of how they feel right now as far as a little beat up, a little tired, and a little illness. And so to see them step up and keep going, we saw some nice performances out of a lot of different people, which helped us all out and move forward as a group.”

The foursome of Dusty Robinson, Kayla and Kylie Sankey, and Katelyn Woolwine helped give the Chargers a win in the 400 freestyle relay with a time of 4:13.63. Robinson also won the 100 backstroke in 1:04.59.

North Montgomery’s seconds, thirds, and fourths though helped put distance between the Chargers and the rest of the field.

Crawfordsville’s Ellie Walker, Guinevere Schmitzer-Torber, Sophia Melevage, and Maesa Horton led the Athenians to a win in the 200 medley relay with a county record time of 1:56.39. Melevage, Schmitzer-Torber and Horton joined Katherine Novak in winning the 200 freestyle relay in 1:44.78.

“It sucks to lose, and it sucks to not be in the game, but we won a lot of county championships today and we had a lot of lifetime bests on the girls side,” Crawfordsville coach Kevin Hedrick said.

Mountie senior Emily Smith won the diving portion with a mark of 175.05.

While Crawfordsville dominated on the boys’ side overall, it was Whitman’s records that stole the show.

Hedrick and Whitman went against the grain putting the junior in the butterfly and the breaststroke.

“Whit Horton with two county records, and we did that by design,” Hedrick said. “We looked through the records and chose our events off that. When you have somebody with his ability, shame on you if you don’t exploit it a little bit and with some of our county records that are years old, it’s really cool to give a guy like that a chance.”

Horton set the record in the 100 butterfly with a time of 51.21 seconds, almost two seconds faster than Bill Arzner’s county record set in 2004. Horton became the first boy at the county meet to go below a minute in the 100 breaststroke with a new record time of 59.18 seconds.

Matt Miller won the diving portion with a mark of 178.05, while Camden Froerer was third.

North Montgomery’s Jamason Burget paced the Chargers with a pair of wins.

“We performed very well with a lot of season bests and personal bests,” Southmont coach Dan McCormick said. “We’ve had a few good races, but this is the first time we get a look at some good swimming times. It helps when we get to the second part of our season to realign to where we want to be at. Re-set some goals and know what we have going into conference and sectionals.”