The Indiana University campus in Bloomington displays two sculptures of Paul V. McNutt: a bronze head-and-shoulders bust in the Memorial Union between the two doors to Alumni Hall and this marble one in the McNutt Residence Center. 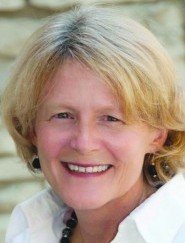 Andrea Neal, an adjunct scholar of the Indiana Policy Review Foundation and teacher, recently served on the state Board of Education. She is a former editorial page editor of the Indianapolis Star and before that she covered the Supreme Court of the United States for United Press International. She is the author of “Road Trip: A Pocket History of Indiana.” Contact her at aneal@inpolicy.org. 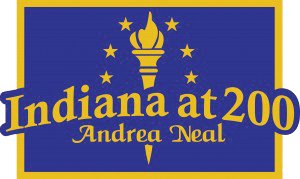 Editor’s Note: This is the 82nd installment in a series of 100 essays that lead to the celebration of the Indiana Bicentennial in December 2016. The essays focus on the top 100 events, ideas and historical figures of Indiana, beginning with the impact of the Ice Age and ending with the legacy of the Bicentennial itself.

If Franklin Delano Roosevelt had not run for an unprecedented third term in 1940, there is a good possibility that Hoosier Paul Vories McNutt of Franklin would have become the 33rd President of the United States.

One of the most powerful politicians Indiana has ever seen, McNutt had “astonishingly good looks,” according to Life magazine. He displayed “a moment of destiny air,” said Time magazine, which put him on its cover of July 10, 1939.

As it turned out, FDR ran again, and destiny bypassed McNutt. An unusual coincidence is that the Republican FDR beat for the presidency in 1944 was Wendell L. Willkie of Elwood, a good friend and fraternity brother of McNutt when they both attended Indiana University.

McNutt enjoyed a meteoric career. He graduated from Indiana University and Harvard Law School, served in the U.S. Army in World War I, became the youngest dean in the history of Indiana University School of Law in 1925 and was selected to be National Commander of the American Legion in 1928. In 1932, he became the first Democrat in 20 years to be elected Governor of Indiana and went on to be an enthusiastic supporter of Roosevelt’s New Deal.

The Indiana Constitution forbade McNutt from seeking a consecutive term, and he never again ran for office. In his one term, McNutt reorganized state government to centralize authority in the governor’s office and used that authority to push through New Deal legislation and a major shift from property to income taxes.

Controversially, he established the Hoosier Democratic Club, called the “2 Percent Club,” which encouraged state employees to pay that fraction of their salary to the Democratic Party to fund campaigns, thus allowing McNutt to amass political power which extended beyond his term as governor.

In 1937, FDR named McNutt High Commissioner to the Philippines, a position he held until 1939 when he became head of the new Federal Security Agency, which oversaw a variety of New Deal programs.

While in the Philippines, McNutt performed a noteworthy humanitarian service. He persuaded the State Department to allow the entry into the Philippines of thousands of Jewish refugees from fascist régimes, although at this time the refugees could not legally enter the United States in large numbers. McNutt exhibited a less tolerant attitude in 1942 as Chairman of the War Manpower Commission when he publicly urged “the extermination of the Japanese in toto.”

McNutt died in New York City at age 63 and was buried in Arlington National Cemetery. A historical marker notes the location in Franklin of his birth home, which no longer stands. He is remembered at Indiana University by sculptures, paintings and the Paul V. McNutt Quadrangle, a residence hall complex.

Historian James H. Madison observed a few years back, “Paul McNutt towers over the 1930s, yet there exists no satisfactory biography.” The omission was remedied in time for the state’s bicentennial. In January 2015, Dean J. Kotlowski, professor of history at Salisbury University in Maryland, published “Paul V. McNutt and the Age of FDR.” This book, representing 10 years of research and writing, is 428 pages with 108 pages of footnotes.