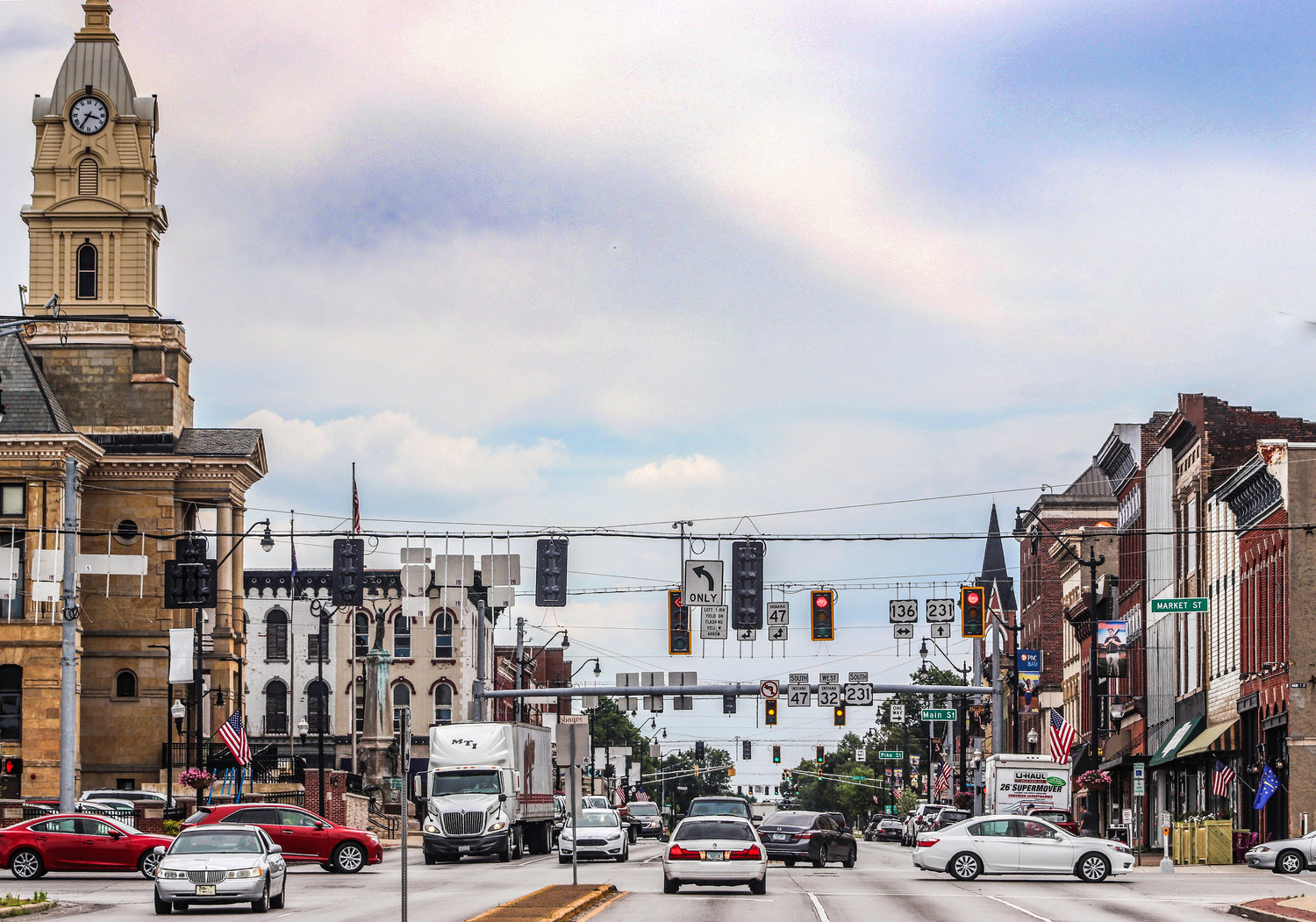 A busy afternoon in downtown Crawfordsville. This image was taken looking southbound on U.S. 231 near the intersection with Market Street.
Nick Wilson/Journal Review
Posted Monday, July 27, 2020 1:15 am

Etched into the bricks on the downtown trail, the words “Historic Downtown Crawfordsville” serve as a new gateway to the heart of the city.

The completion of phase one of the trail marks the finish of the Stellar Communities projects, a five-year long process to revitalize Crawfordsville and spur business and residential growth.

“I think it’s had a very positive impact on how people feel about their hometown,” Dale Petrie, director of operations for the City of Crawfordsville who oversaw the Stellar portfolio, said.

“You know, when they see all the development that’s gone on … with parks and trails and improvements, they feel better about their community. Businesses then look at that and say, ‘Hey this is a community that’s growing and stable. And so businesses want to be here.”

Along with the trail, the state-led initiative led to more than $7.3 million worth of enhancements, including Pike Place, Fusion 54, Dr. Philip Q. Michal Trailhead Park and the rehabilitation of owner-occupied homes in Historic Whitlock and other neighborhoods.

More than half the money came from state grants along with support from local donors including the Montgomery County Community Foundation, which heavily backed Pike Place.

Much of the rest of the funding came from tax increment financing — or TIF — dollars, meaning property taxes were not imposed for the project. The city did not finance the projects.

“I know there’s some rumors floating around if you look at Facebook that there’s like a balloon payment that’s coming up or whatever, that the city’s going to have to pay back all this money, and that’s not true,” Petrie said. “All the projects have been paid for as we progressed.”

More funding is needed for the second phase of the trail extending the path to the downtown business district. The city is mapping out a feasible route before applying for a grant from the Indiana Department of Transportation.

The final phase of the project connecting the route to the Sugar Creek Trail still depends on CSX Transportation’s plans for the railroad tracks on Franklin Street.

“That project could come before the downtown loop if that becomes available, or we finally say, ‘That track’s never going to become available. Let’s find another route to get through town so we can connect to Sugar Creek Trail,’” Petrie said.

Revitalizing the Ben Hur Building was also part of the Stellar application, but the project isn’t being funded through the program. Property owner Jon Anderson is set to provide a project update to the Montgomery County Board of Commissioners today.

The Stellar program works with Indiana communities to strategize investment, promote local and regional partnerships and address challenges facing rural communities. It opens the door to grants and other government funding for projects.

Since the program launched in 2011, 17 communities have received the designation. Crawfordsville is the second city in west central Indiana to be selected following Greencastle, one of the first Stellar communities.

As then-Crawfordsville Fire Chief Todd Barton campaigned for mayor the next year, he said residents complained to him that the city didn’t put itself in the running.

“Not that we didn’t win — we just didn’t even apply. We didn’t try, and people were very unhappy about that,” Barton. “So, when I was running for mayor, I promised all those people that if I’m elected, we will apply for Stellar and we will apply every year until we either are successful or they politely tell us to go away.”

Crawfordsville was a finalist during Barton’s first year in office and continued applying for the award. When the city was selected in 2015, a corner of downtown that had been leveled nearly a decade earlier by a fire remained a grassy lot.

City leaders envisioned transforming the downtown space into a park and using the other vacant lot to build a center for the community’s business and tourism organizations that included co-working facilities for young professionals. (The former Crawford site eventually became the trailhead park and the PNC Building became Fusion 54.)

“What we said was this in and of itself wasn’t going to change the community but it would certainly be the stimulus for further change, and that’s exactly what we’ve seen happen,” Barton said.

After becoming the new home for the local farmers’ market, Pike Place soon began hosting summer concerts by Crawfordsville Main Street, Hoosier Heartland State Bank and Crawfordsville Rotary and other festivals and gatherings. The trailhead park, named in memory of a well-known veterinarian and mayor, provides green space in the near-downtown neighborhood.

Officials at Fusion 54 are working to get funding to build a stronger entrepreneurial ecosystem in Crawfordsville.

In the Historic Whitlock neighborhood, crews renovated three owner-occupied homes with money from Indiana Housing & Community Development. The remaining funding was used to fix up 20 other houses in the city.

“As we’re going through the national crisis right now [with] everyone being affected, I see that visionary package of projects as being so providential to better frame the city of Crawfordsville for resiliency and recovery,” said Sue Lucas, program manager of Crawfordsville Main Street.

She called the recent growth of downtown the “Stellar stimulus effect.”

“The projects that the City of Crawfordsville under Mayor Barton’s leadership have built here speak of permanence. That’s an attraction for anybody looking to invest, especially now.”

To Barton, the projects lay the foundation for the city’s future growth.

“It’s a starting point, and we have to capitalize on it.” 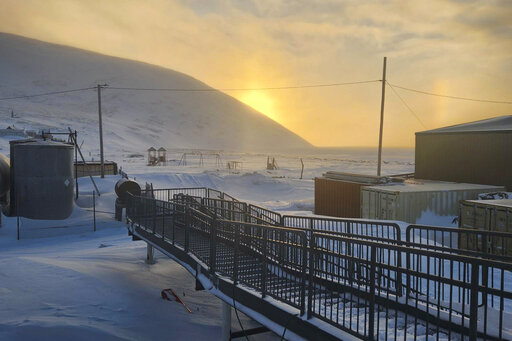