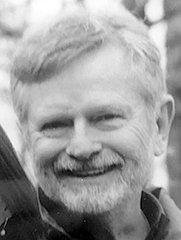 He was born in Danville, Indiana, to Dr. Joseph and Gladys Kellams Gibbs. He graduated from Danville High School in 1955 and from Wabash College in 1963, where he was in Beta Theta Pi fraternity. John was a longtime member of St. John’s Episcopal Church.

John worked for RR Donnelly & Sons until his retirement. After retirement he spent time driving kidney dialysis patients to appointments and volunteered with Meals on Wheels. He loved the outdoors and nature, downhill skiing, camping, boating, motorcycle trips throughout the USA and bicycling the Hilly Hundred in blue jeans. He also shared a tree trimming side business to support his downhill skiing trips.

John was a gentle soul and led a persistently active lifestyle. He was a beloved and loyal friend.

He was preceded in death by daughter Carrie Jo Gibbs.

A memorial service will be held at a later date.