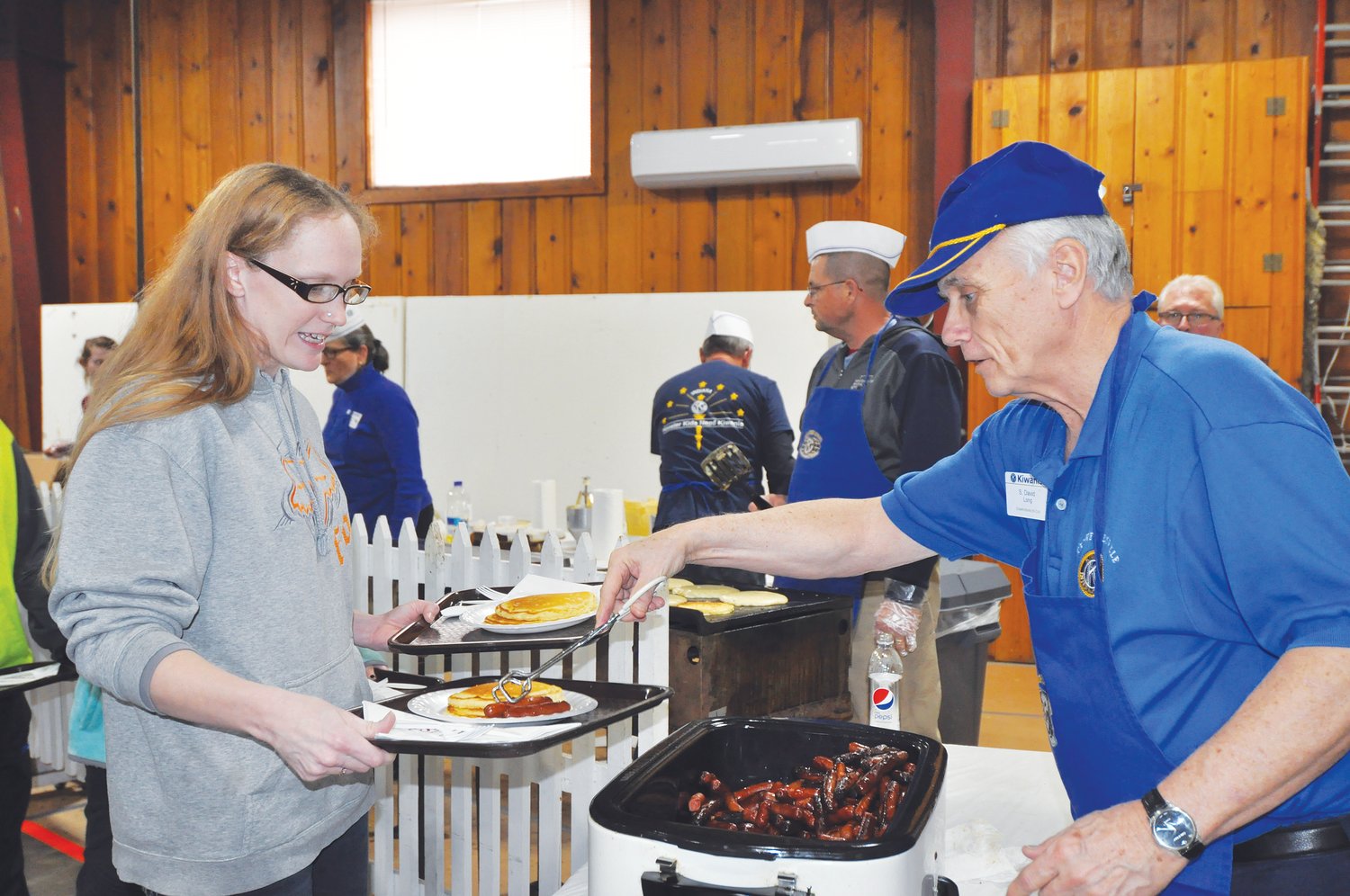 There was 270 pounds of pancake mix, 20 cases of sausage and 50 gallons of milk ready to be served for last year’s Crawfordsville Kiwanis Pancake Day.

Then the world shut down.

After canceling last year’s event due to the coronavirus, the club has partnered with McDonald’s to carry on the traditional fundraiser, now in its 61st year, amid the pandemic.

More than 1,000 tickets have been sold for pancake meals that can be ordered during breakfast hours from either Crawfordsville McDonald’s restaurant beginning Monday through April 3.

The cost is $6 for pancakes, sausage and a small drink. Proceeds from the fundraiser, now called Pancake Week, benefit scholarships for Montgomery County high school students and other club-supported children’s causes.

Tickets can be purchased from any Kiwanian or at the Montgomery County Visitors and Convention Bureau at Fusion 54.

Members will also be selling tickets at the restaurants each morning next week. The club hopes to raise around $30,000 from ticket sales and sponsorships. The event is the club’s largest fundraiser of the year.

Other Kiwanis clubs have partnered with the fast food chain to continue the fundraiser. After learning of a McDonald’s partnership with the Danville, Illinois club, Crawfordsville’s members reached out to local franchise owner Paul Jedele, who agreed to work with the group.

“People are asking, is it going to be like this forever?” Behling said, noting the manpower required to run the traditional all-you-can-eat event at the Montgomery County 4-H Fairgrounds.

“At this point, we’re looking at it and trying to see what works best,” Behling added.

The pandemic also forced the cancellation of last year’s holiday bazaar at the fairgrounds. The club plans to resume the bazaar this year.

“We’re living off of the [cash] reserves that we had, but we need to