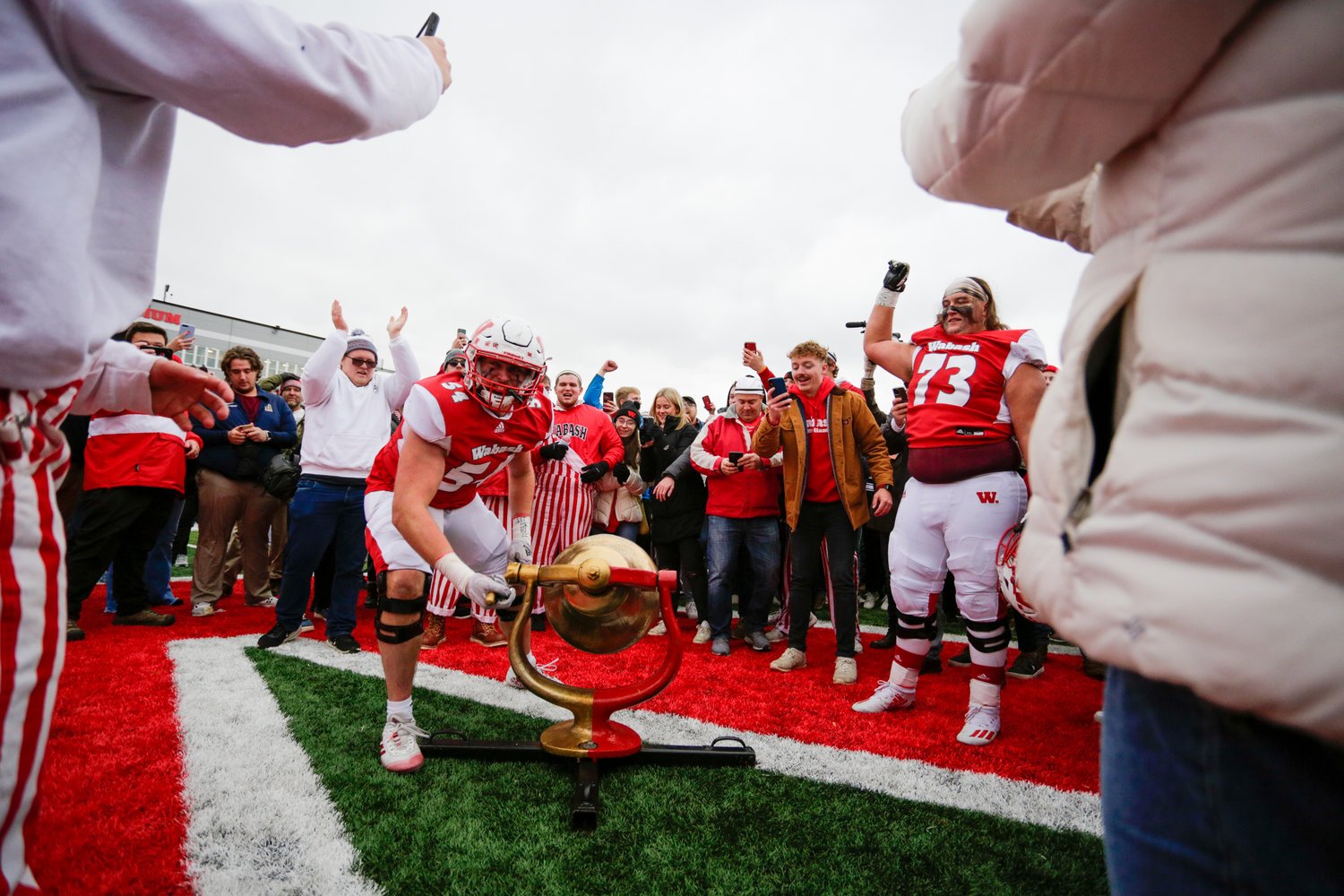 The Little Giants will look to improve off a 7-3 season and defend the Monon Bell when they make the trip to Greencastle at the end of the season.
Wabash College
Posted Saturday, September 3, 2022 12:06 am
Codey Emerson | codey@jrpress.com

It’s hard to believe that College Football is making it’s return this weekend. And of course here in Crawfordsville that means that Wabash will on the gridiron once again as they open their season on Saturday when they host Hampden Sydney College as the two schools re-new the Gentleman’s Classic when the Tigers make the trip from Virginia to Little Giant Stadium in Crawfordsville.

“I think this season for us really began last year with the Bell game,” Wabash coach Don Morel said. “In that game we started a lot of young guys and they are all back for this season. We’re really excited to get the year under way. Offensively the sky is the limit for us, defensively we feel pretty good about having coach Ridings leading our defense, and we’ve improved on special teams so we’re ready to get things rolling.”

Offensively the Little Giants return the likes of 2021 North Coast Athletic Conference Offensive Player of the Year in Liam Thompson who passed for nearly 3,000 yards a season ago to go along with 28 touchdowns. On the ground Thompson scored another nine touchdowns and ran for 411 yards. Wide receivers Derek Allen (43 rec. 775 yards five TD’s, Cooper Sullivan (57 rec, 850 yards and seven TD’s), and Heisman Skeems (15 rec, 264 yards, four TD’s) make up the lethal trio of receivers for the Wabash.

On the ground Donavon Snyder will be the lead back again for the Little Giants. Last season Snyder rushed for 1,023 yards and eight touchdowns and added another three receiving scores.

Where Morel has seen the biggest change from last season is with the Wabash defense. A season ago the Little Giants gave up 30.6 points per game. That led to Morel brining in new defensive coordinator Mike Ridings who comes from Keiser University in Florida. Under Ridings, Keiser’s defense was ranked 15th in the nation allowing just 18 points per game.

“We struggled on that side of the ball last year, no doubt about it,” Morel noted of the 2021 season. “I’ve really liked the energy that we’ve seen from our defense so far. Most of our returning guys up front were young and in-experienced and I think many people forget that. This season all of those guys have gained 15-25 pounds and they are going to be a strong unit for us.”

Thompson has spent his second straight summer learning and competing at the Manning Passing Academy. His numbers a season ago we’re off the charts as just a sophomore. Thompson notes how the offense has the potential to be even better than it was a season ago.

“The biggest thing for us is just getting even more comfortable as a unit,” Thompson said. “We already had good chemistry from last year and our focus is to just continue building that trust with one another. We’re going to find out how good we are out of the gate in these first three games. We want to obviously improve as the year goes on but we’ll be tested and I think that will only help us out when we get into the grind of conference play.”

The Little Giants and Hampden Sydney will kick it off in the 2022 season opener at 1 pm on Saturday at Little Giant Stadium.