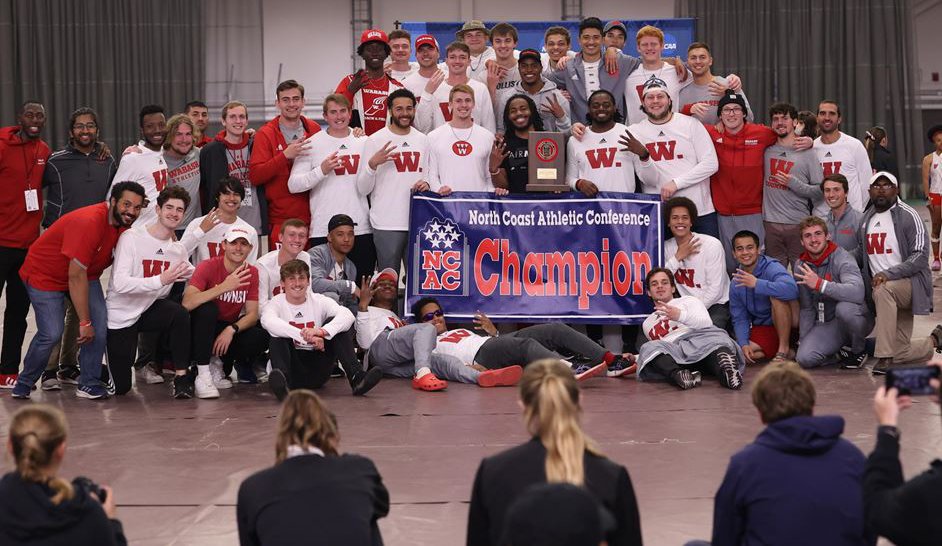 The motto for Wabash College’s Track and Field is ‘Men of Wabash Nothing Breaks Us’. That motto proved true as the Little Giants claimed their third straight NCAC Outdoor Track and Field title back on May 6 at Oberlin College

Wabash tallied 171 points to surge past second place Denison who ended with 132.5.

The conference title is the 17th overall track and field crown for the Little Giants since they joined the NCAC back in 2000.

Wabash coach Clyde Morgan, who puts culture over everything continues to build a dyansty with the Little Giants talked about adding another trophy to their already massive collection.

“If you put culture above everything, you’re always going to win,” Morgan said. “We don’t shy away about talking about adversity and teach these guys how to be uncomfortable. When you have the culture that we do, it shows up in tough competition.”

“I didn’t like the singular coach of the year award, so I just started to bring my staff up there,” Morgan said. “It’s not just me who does everything, these guys work extremely hard. There’s not too many sports where it’s just one person who does everything. We have great men of character whose coaching our guys. They take care of our athletes on and off the track and that’s what I love about them the most.”

The 17th overall title for the Little Giants may make people wonder how on earth does Wabash keep doing it? For Morgan the answer is pretty simple.

“It goes back to our support staff,” he said. “Our athletic directors, deans, trainers, all of them have played a part in this. It also goes back to our coaching staff. They push me and I push them and we accept it. There aren’t any egos with our team. We’ve let some guys go who don’t put the team first.”

With the ‘culture over everything’ philosophy, it doens’t seem as if the Little Giants have plans of slowing down anytime soon

Ten members of the Montgomery County Council on Aging met Jan. 11 at Fusion 54 and via Zoom for their monthly meeting. December minutes were read and approved, and the treasurer’s report was …