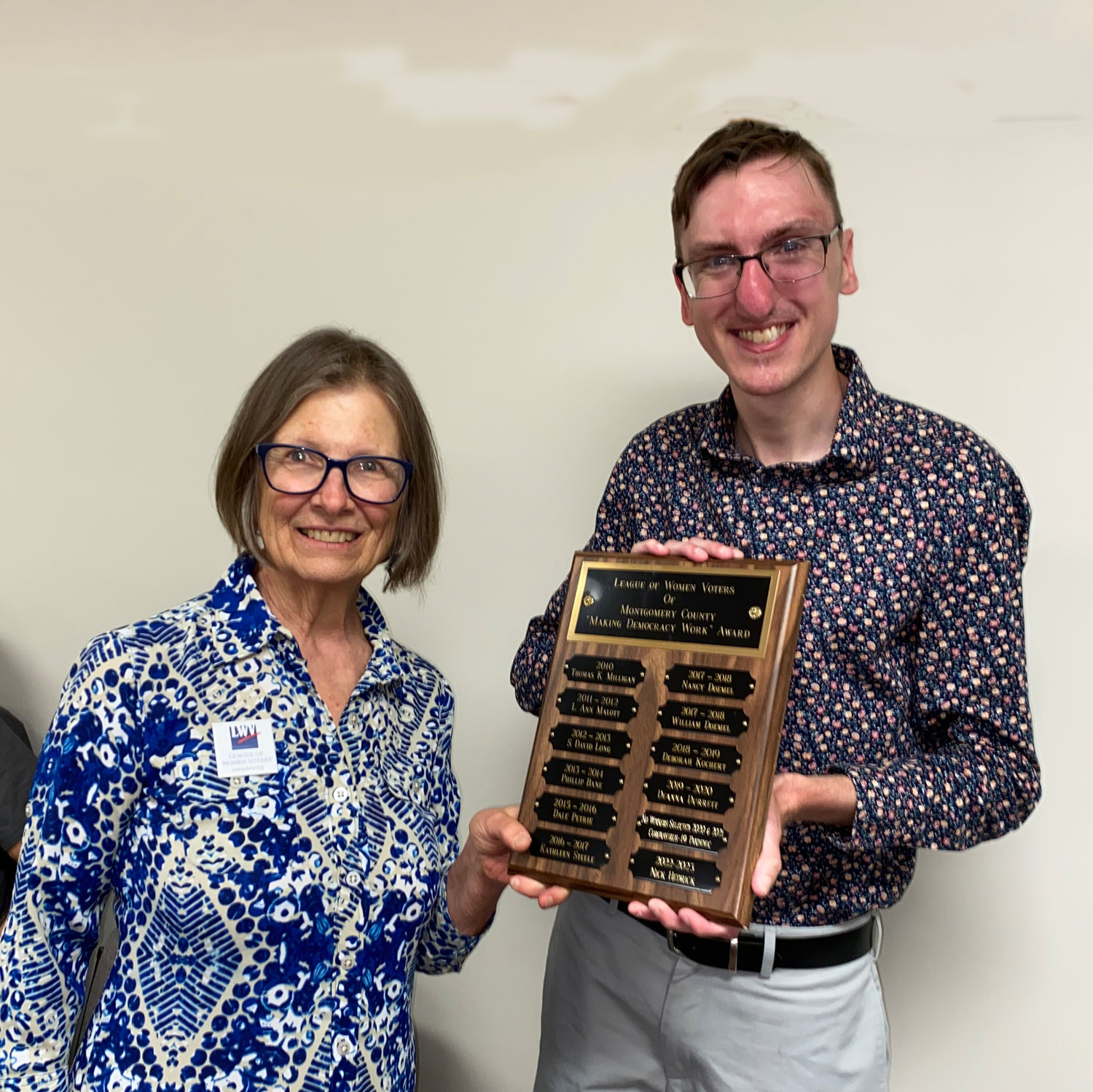 The Montgomery County League of Women Voters presented its “Making Democracy Work” Award to Nick Hedrick at the League’s annual meeting May 26.

League Co-President Helen Hudson praised the positive effects of Hedrick’s work as a journalist, most recently with the Journal Review of Crawfordsville.

“He has benefitted all of the residents of this county in countless ways,” she said. “Nick has always been most excellent with the content of his reporting.”

“He has been present, notebook in hand, at most public places and sometimes private ones. Nick was traveling the county from Ladoga to Wingate and places in between. No one ever doubted Nick’s willingness to work hard to get the story.”

She indicated that Hedrick was a popular recipient of this award, with multiple nominations from League members.

He described his early interest in news came from watching the interest of his father, mother and grandparents. He has worked as a reporter in Winchester, Brownstown and Terre Haute before coming to Crawfordsville six years ago. He is a graduate of Southmont High School and has a degree in communications from Indiana State University.