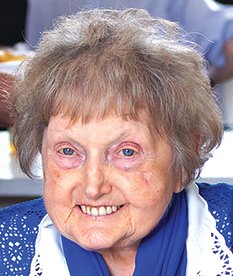 A group of local teachers will travel to Auschwitz next week to mark the 75th anniversary of the camp’s liberation.

They will join more than a hundred Holocaust survivors and delegations of world leaders Monday for ceremonies paying tribute to victims of the camps.

The week-long trip is being led by Terre Haute-based CANDLES Holocaust Museum and Education Center, which was founded by Holocaust survivor Eva Kor, who died in July. Kor’s son, Alex, is expected to attend the ceremonies.

Indiana Gov. Eric Holcomb has declared Monday as “Eva Education Day,” and events are scheduled across the state to recognize Kor’s teachings.

Along with attending the anniversary programs, the group will tour the Auschwitz and Birkenau camps and visit other Polish landmarks.

“When you look back on history, I think it’s important to understand what’s happened — some of the mistakes made — and that we can learn from that and that we don’t forget that so we don’t repeat those mistakes,” said Montgomery County Community Foundation executive director Kelly Taylor, who will join the teachers on the trip.

A private donor offered to sponsor the trip for up to 10 educators, as part of the donor’s interest in funding Holocaust education in local schools and the community. The same donor funded Kor’s trip to Montgomery County last spring.

About 20 teachers applied for the trip and the donor and foundation staff selected the group.

The teachers plan to write about their experiences in daily travel logs that will be published in the Journal Review.

It will be a return visit for Gonczarow, whose father survived the Holocaust. During a 2018 trip sponsored by Hoosier Heartland State Bank, Gonczarow found more documents about his father’s time in the concentration camps.

On the final day of the trip, the teachers will deliver gifts to a local orphanage. They were provided a list of children and disabled adults and purchased clothing, toys and other supplies that were shipped to Poland.

“I chose her because I have a 12-year-old, so I thought that might make it a little easier for me to identify with what to purchase,” Taylor said.