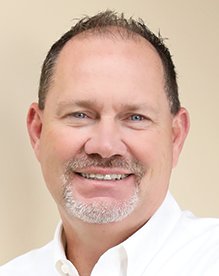 Hoosier Heartland State Bank is proud to recognize President Brad Monts for 30 years at the bank.

“I’m very honored to be part of an organization for 30 years that values the customer relationship and the community we serve,” Monts said. “It has been humbling to be a small part of HHSB during this time and to see it grow into what it is today. We have a great team and board that have allowed us to truly make a difference in our community.”

Monts began his banking career at Farmers State Bank on Sept. 1, 1990, upon graduating from Franklin College. He went on to graduate from the Graduate School of Banking at the University of Wisconsin-Madison in 1994. In 2009, Farmers State Bank and Linden State Bank merged to become Hoosier Heartland State Bank.

“For 30 years, Brad has been the gold standard for employee-ownership at HHSB,” said Trey Etcheson, CEO. “He has always understood that our success is dependent on the success of the communities we serve. It has been a pleasure working with him. We wouldn’t be the bank we are today if it weren’t for Brad.”

Brad and his wife Karen have resided in Ladoga since 1992, where they raised two children, Brooke and Taylor. In his spare time, he enjoys golfing and spending time with his family.