Non-violence in a violent world 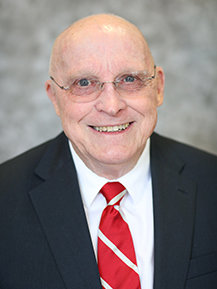 Every week acts of violence explode in our cities and neighborhoods. Newspapers and TV news display images of police responding to shootings, stabbings, and other acts of mayhem in homes, schools and businesses. The next day or so, groups appear displaying signs and slogans with passionate pleas to end the violence.

Non-violence doesn’t happen without a great deal of thought, discipline and preparation. Unfortunately, retaliation is the immediate emotional response to perceived threats to wellbeing — especially when one is faced with superior force, violence and physical harm. Group retaliation often leads to hatred that inflames emotions leading to even more acts of violence. Peaceful marches can be a positive response — and they might be necessary — but are not sufficient.

One can learn important lessons about effective non-violence resistance from leaders and their followers who faced violent oppression: Mahatma Gandhi in South Africa and India, Martin Luther King, Jr. in the United States, and Nelson Mandela in South Africa. Leaders, contexts, and responses were very different, but the following lessons emerge from their teachings and actions.

Non-violence requires internal discipline that comes from commitment to a moral philosophy that governs personal and group action. Gandhi placed faith in satyagraha, which means truth force. Truth will overcome falsehood, love will overcome hatred, and goodness will overcome evil. There is more goodness than evil in humans. All individuals are rational creatures with some goodness in them that can be focused effectively on righteous goals. One need not depend solely on instinct or emotion.

Such discipline requires careful instruction and training. King and other civil rights leaders required that supporters undergo extensive training. Photographs show young civil rights activists responding non-violently while taunted, pelted with garbage, and punched by colleagues. They practiced self-discipline first in order to withstand violence non-violently. When followers of Gandhi retaliated and attacked a police station, he immediately called off the protest and undertook a fast.

Hatred and violence are as corrosive when lodged in the oppressed as in the lives of oppressors.

Non-violence is not passive resistance. Gandhi said it is the strongest form of resistance that places an entire person — mind, soul and body — vigorously against oppression.

The goal is not to defeat antagonists, but to convert them to the righteousness of the cause. Physical force only deflects oppression, without ending violence. Field Marshall Jan Smut, was head of the South African Defense Forces during apartheid. Nevertheless, when Gandhi returned to India after negotiating a compromise, Smuts said of Gandhi, “The saint has left our shores, I sincerely hope forever.” Gandhi had given Smuts a gift of sandals, which Smuts returned on Gandhi’s 70th birthday with this statement: “I have worn these sandals many summers … even though I may feel that I am not worthy to stand in the shoes of so great a man.”

Historians have pondered if non-violent resistance could have been effective against Nazis and Adolf Hitler, an evil ideology and man. The question might be better posed: would non-violent resistance have been effective in converting the German people? We will never know. Indeed, non-violence might not be effective in every circumstance. Nevertheless, the Warsaw ghetto uprising, while heroic, resulted in terrible retribution.

No flawless leader exists, not even a non-violent saint. Unfortunately, we have become so masterful at defaming and besmirching leaders with half-truths and many rumors that leaders are bombarded by disrespect, even Gandhi, King and Mandela.

Nevertheless, the best leadership is by example down on the ground by good, flawed people, but certainly not from a distant cloud by angry, deceitful and amoral pseudo-leaders.

No perfect followers exist, we must confess, which is why we need humility along with better leaders, sturdy moral grounding, and good discipline to reduce the evil swirling around us and within.