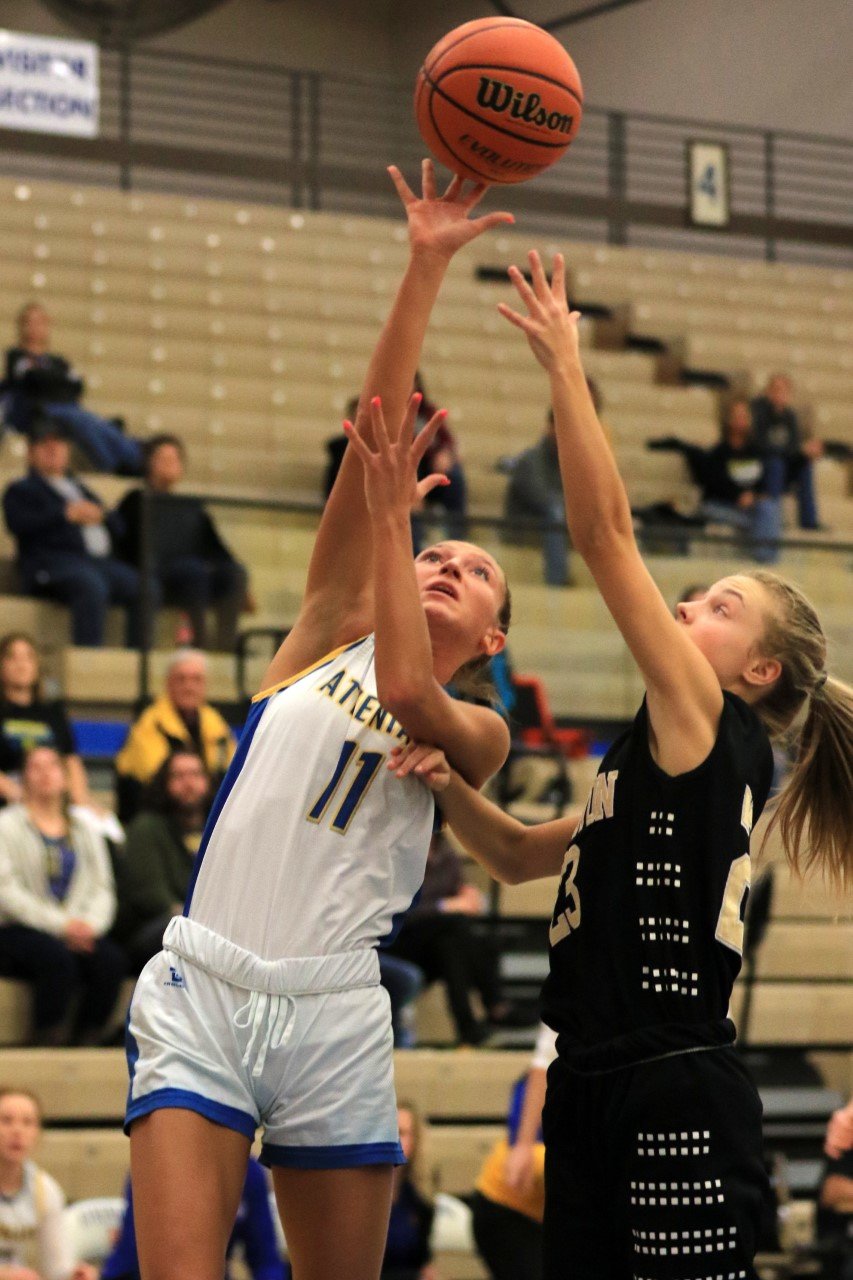 In the last two years Crawfordsville girls basketball is 9-2 in their last 11 games that have been decided by seven points or less. Tuesday  Covington proved to be another one of those type of games as CHS barely squeak by Covington 50-49. In the victory senior guard Elyse Widmer scored a career high 21 points, marking the second time this season the senior has notched a career high.

It was a dramatic finish to the game as Widmer’s three gave CHS a 48-47 lead with 2:35 left. Fast forward to the games final seconds and Covington has the ball with 1.8 remaining looking to win the game. The Trojans wouldn’t be able to capitalize and the Athenians picked up a thrilling victory.

“One thing that’s been in our favor this season is that we typically perform well in close games this season,” Crawfordsville coach Tyler Smith said. “We’ve shown poise to be able to bounce back in these games. We gave up the lead in the fourth but we didn’t. Elyse was just simply in attack mode all night. She wanted the ball and it was her shot that gave us the lead late. Her career high came at a perfect time when we needed it. She was the very definition of a senior leader out there.”

In Up 28-20 at the half, the visiting Trojans out-scored CHS 17-7 in the third to take a 37-35 lead into the fourth. Despite losing the lead the Trojans never led by more than five points as Crawfordsville didn’t back down when they faced adversity.

“I told them at half that if they make a run, we’ve been here before,” Smith said. “We know to keep fighting. We called a timeout and switched to a 2-2-1 press and we forced a few turnovers and that’s all we needed. Sometimes you need to take a risk in order to pull out a win and we shifted our defense a couple of times now in the fourth and it’s worked out in our favor.”

“Despite her scoring 20 I thought Abby Cox did a good job for the most part battling with Pettit down low,” Smith added. “When Abby got tired Taylor asked if she could guard her and you love to see that from one of your leaders on the court. While Taylor had an off-shooting night, it’s big that she can still find ways to impact the game.”

With the win Crawfordsville snaps a five-game losing streak and improves to 5-14 on the season. The Trojans fall to 8-12 with the loss. Covington will return home to take on North Vermillion on Thursday while Crawfordsville will shift their focus to Saturday when they host county rival Southmont. The winner of that game will be crowned county champions and Smith knows what to expect when the two teams square off.

“I expect a battle because of what’s a stake,” he said of the Mounties. “They’re a good team who plays tough and physical. They’re going to be confident after getting us in the Sugar Creek Classic, but our girls have to believe they can compete and win. We’re thrilled for the opportunity to be playing for a county title.”

That game will be game one of a girl/boy double-header as CHS and the Mounties will get things going at roughly 5:30 from Crawfordsville on Saturday.