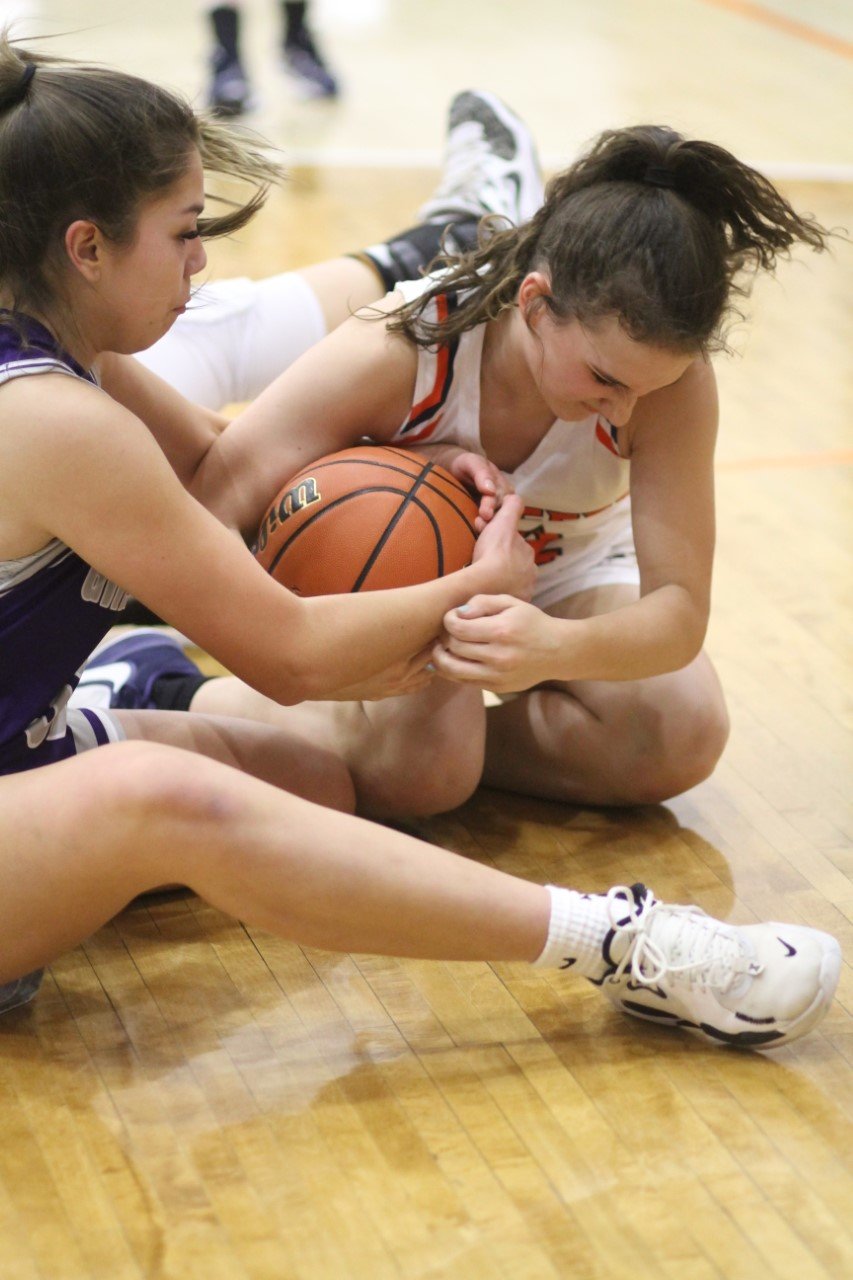 LINDEN — January marks the official last month of the girls basketball season. Tuesday at North Montgomery the Chargers hosted the Greencastle Tiger Cubs with an upset in mind. Entering the game Greencastle had a record of 14-4 on the season and were winners of six straight games. The host Chargers eventually fell to the talented Tiger Cubs 81-31 as the high-powered visitors proved to be too much for the young Chargers.

The 81 points for Greencastle was a season a high, but the game didn’t look like a blowout from the beginning at the Chargers came out of the gates and had a 4-0 lead on back to back buckets by Macee Norman. The visitors then proceeded to go on a 9-0 run, but the Chargers held firm and only trailed 17-11 after one quarter. After the opening eight minutes it was all Tiger Cubs as a 15-0 run gave them a 32-11 lead.

“Some of our offense was generated by our defense tonight,” Tiger Cub coach Doug Greenlee said. “Our half-court man defense was what allowed us to generate a lot of turnovers and get some easy baskets. That third quarter was probably the best third quarter we’ve played all season (28 points) on both sides of the ball. We were extremely efficient and that allowed us to really pull away.”

The Tiger Cubs ability to crash the offensive glass was something that Greenlee was also very proud of.

“Every time we cross half-court, we want that ball to go in whatever it takes,” he said. “Offensive rebounding is a great way to make sure that happens and I love the hustle plays we made tonight too.”

Charger coach Ryan Nuppnau took the time to credit the Tiger Cubs and Brewer for the season that they’ve had so far.

“They and Brewer are very good team,” he said. “Brewer is very legit and very smooth on the court. You can tell she knows the game well and she uses her body to get to her spot. She’s surprisingly strong and they’re going to do some damage in the sectional.”

Piper Ramey led the way for North Montgomery with 13 points in the loss. Kaydence Young had a good game off the Charger bench scoring eight. Norman after scoring the first four points didn’t record another field goal as she ended the night with six, and Krestyn Bradford rounded out the scoring with four. Nuppnau simply thought his team didn’t have the heart and desire in the loss.

“It starts right there,” he said. “I think we just flat out gave up and that showed by only scoring six points in the second half. It felt like we were perfectly fine with getting beat and we didn’t want to battle back. That’s a mentality that’s very sad to watch our girls have.”

The Tiger Cubs improve to a very impressive 15-4 on the season with the win. They return to action on Friday night at home for a Western Indiana Conference girl/boy double-header with North Putnam.

With the loss the Chargers fall to 3-16 on the season and they will travel to take on the high powered Danville Warriors in a Sagamore Conference contest on Friday night. The game will get underway at 6 pm as afterwards the boys will also take on the Warriors as part of a girl/boy double header.