Death at every step 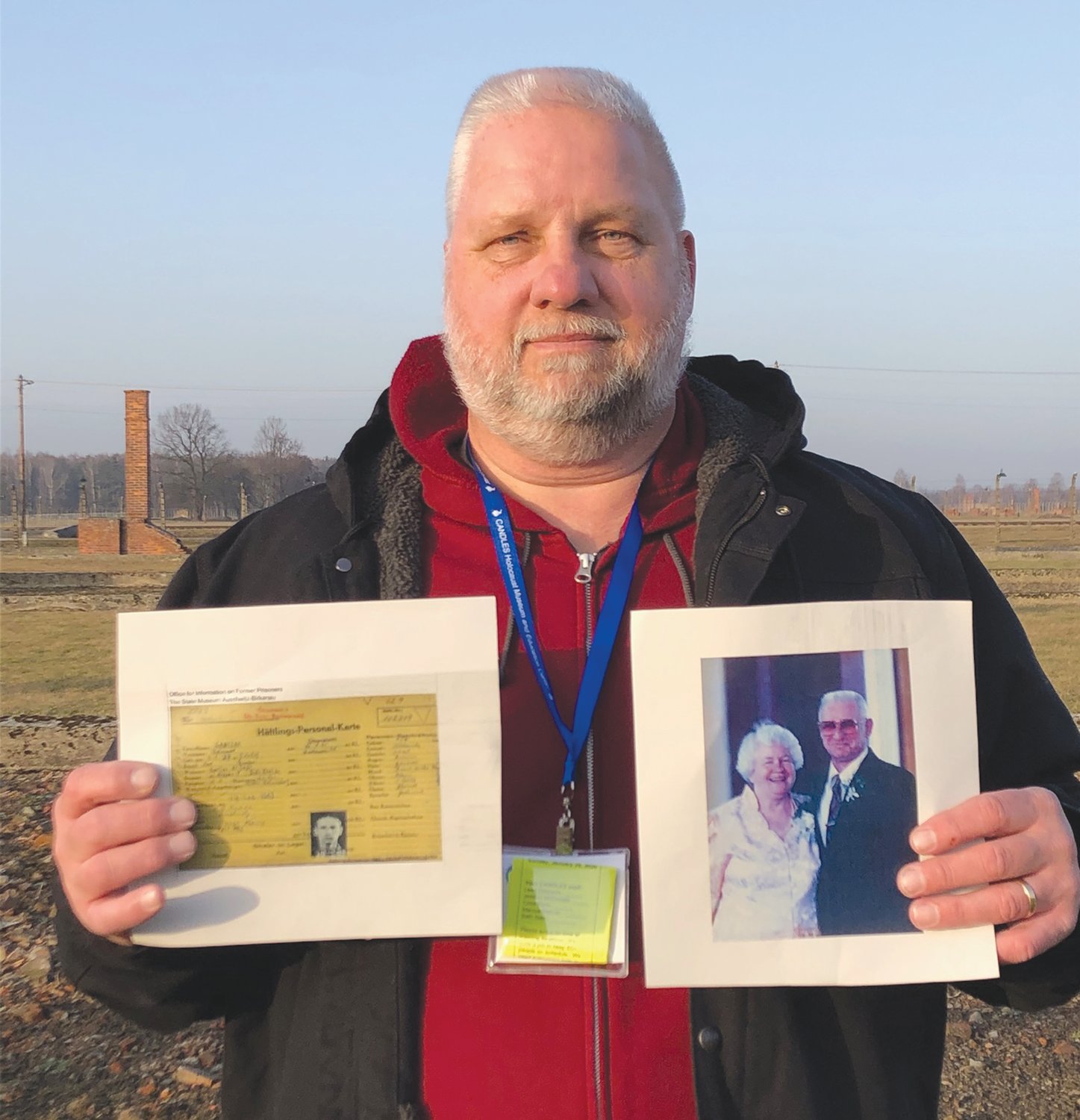 Tony Gonczarow, a Southmont High School teacher, holds his father’s record and a photograph of his parents during the 75th anniversary of the liberation of Auschwitz on Monday.
Photo Provided
Posted Tuesday, January 28, 2020 1:15 am 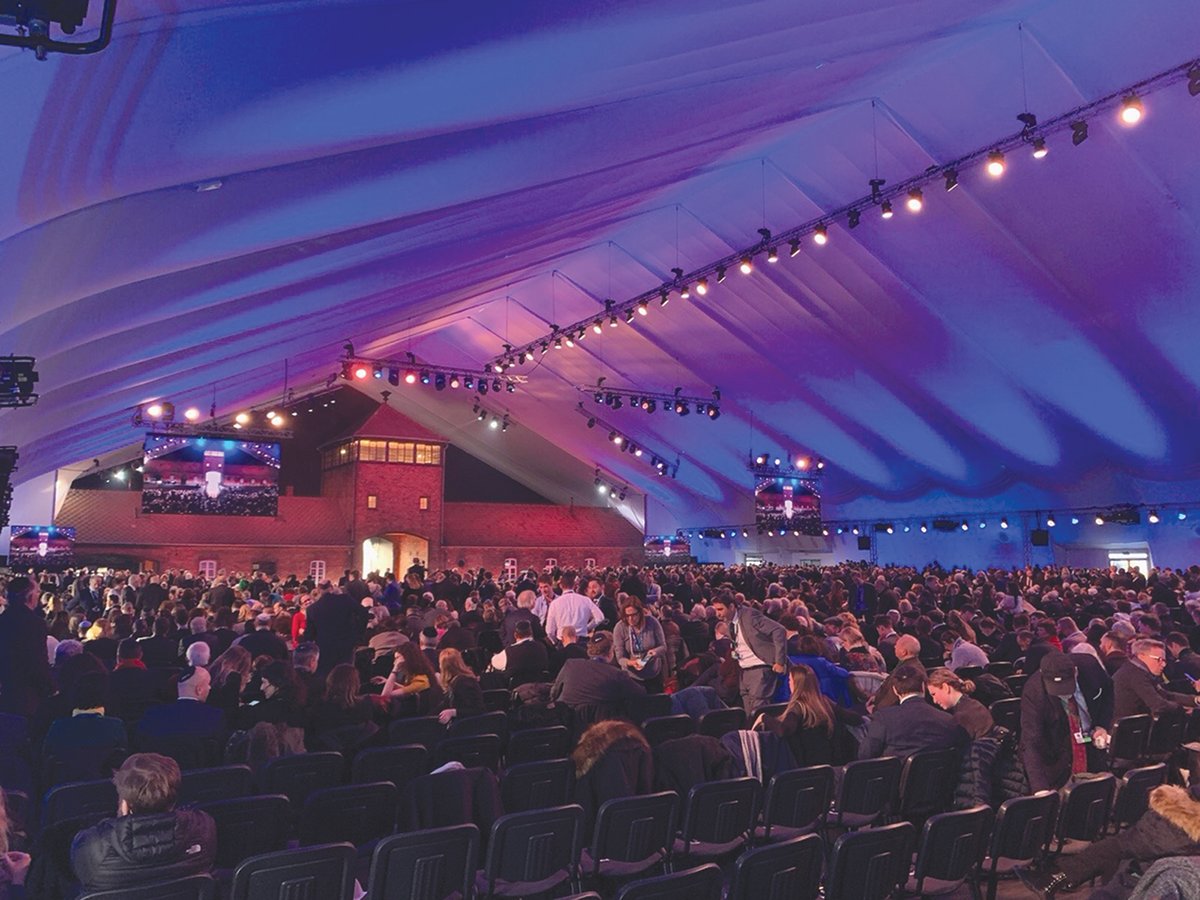 An image from the Auschwitz ceremony on Monday.
Photo Provided 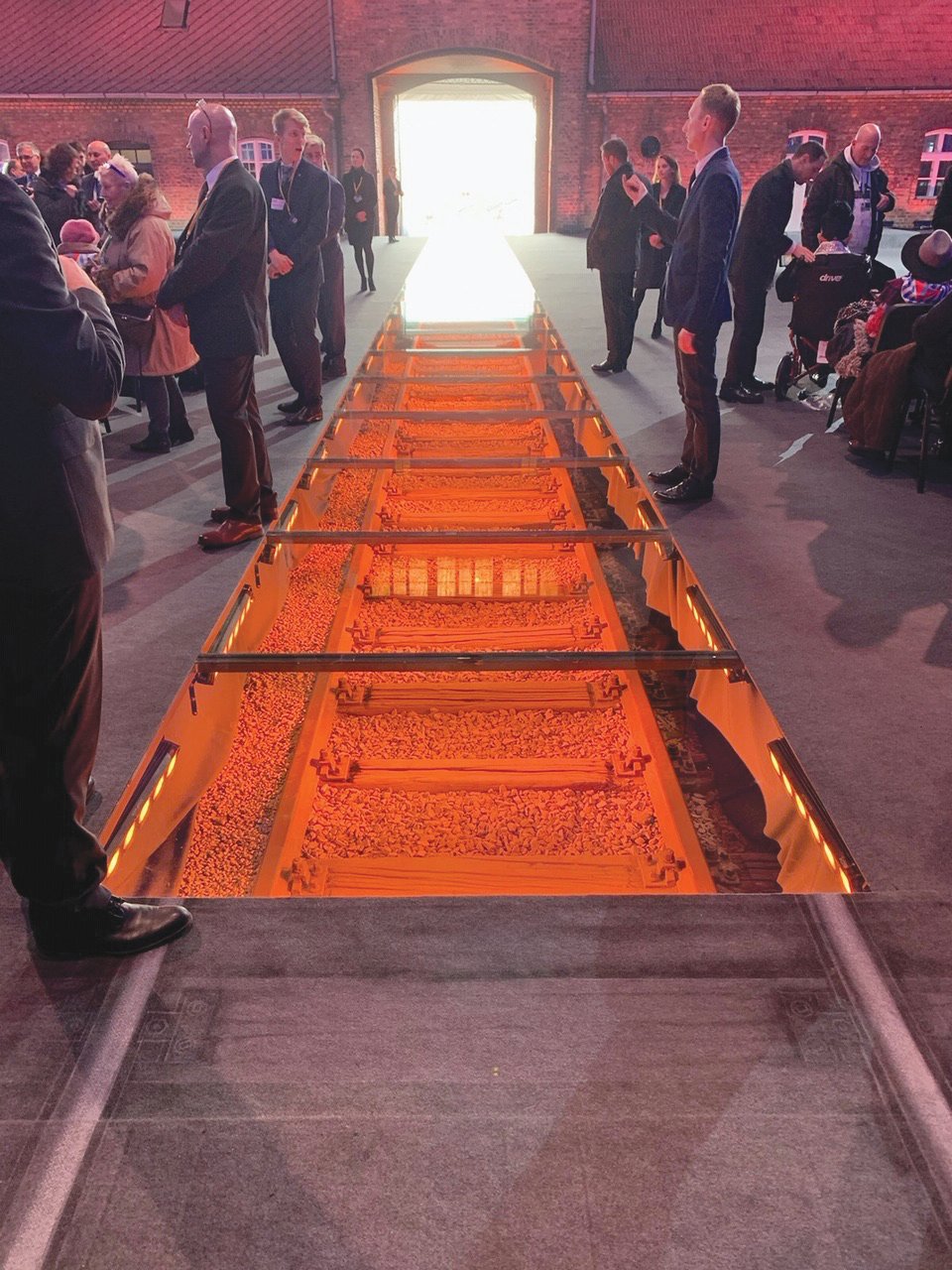 A portion of the Auschwitz rail line.
Photo Provided 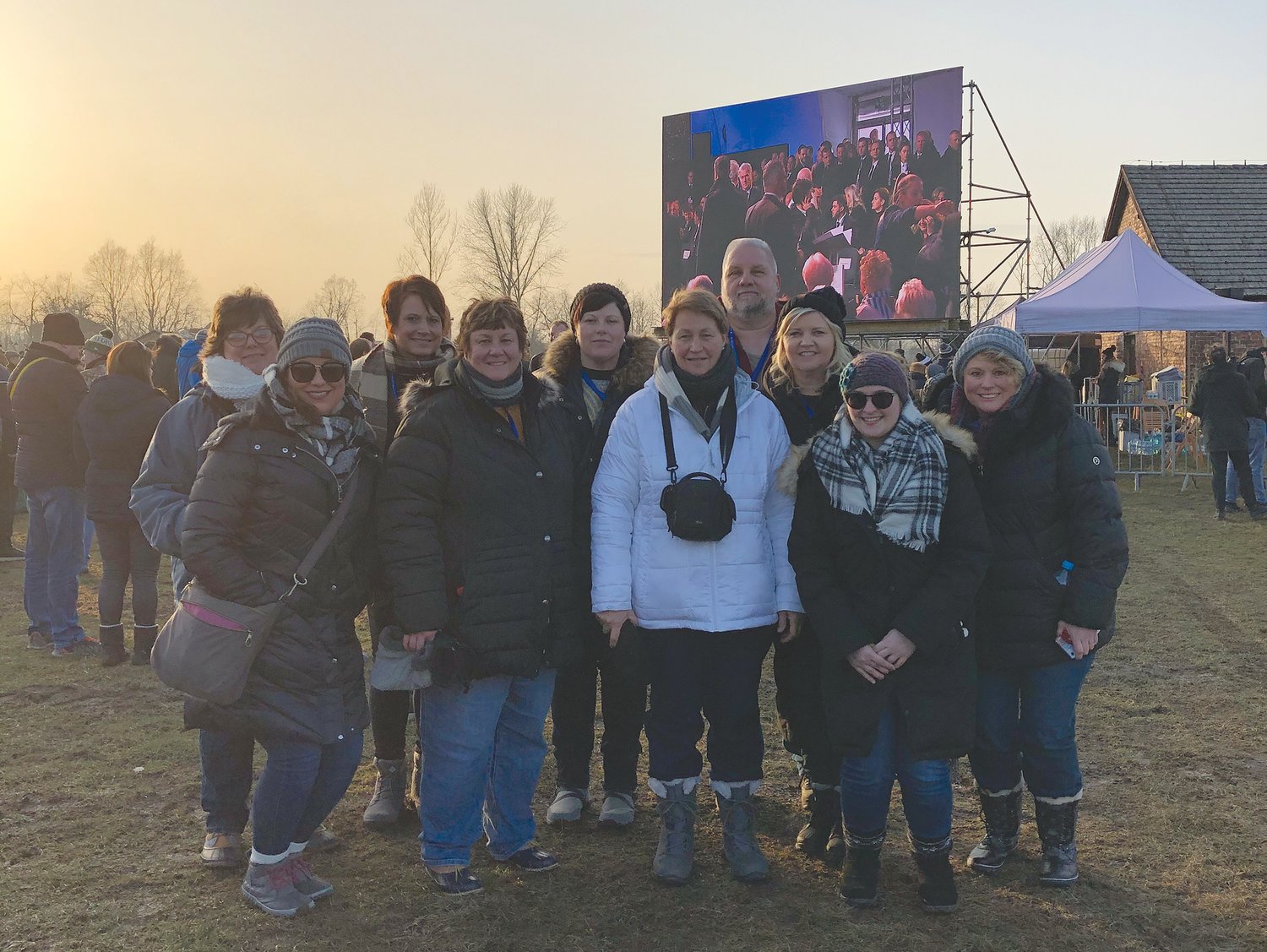 Editor’s Note: A group of local teachers is visiting Auschwitz, Poland, this week to mark the 75th anniversary of the camp’s liberation. The week-long trip is being led by Terre Haute-based CANDLES Holocaust Museum and Education Center, which was founded by Holocaust survivor Eva Kor, who died in July 2019. The educators are sharing their experiences with Journal Review readers. This is the first part in the series.

Monday, Jan. 27 marks the passage of 75 years since the liberation of Auschwitz by Soviet soldiers in 1945. Auschwitz was a Nazi concentration camp during the Second World War. Auschwitz I and nearby Auschwitz II-Birkenau were the extermination camps where an estimated 1.1 million Jews were executed in gas chambers or by systematic starvation, forced labor, disease or medical experiments. Others including Soviets, gypsies, Jehovah Witnesses, homosexuals, Poles and political prisoners were also held in the camp. On Monday, a number of heads of state and the most important guests, the 200 survivors, met under the tent at the main gate to Birkenau.

“We are in the factory of death,” said Polish President Andrzej Duda as he opened the ceremony. “At no other time and in no other place was extermination carried out in a similar manner.”

Eva Kor’s son Alex read the speech that Eva had planned to read at the ceremony at several locations in the camp on Sunday. Eva called it the most important speech of her life. Even in death Eva’s message is still loud and clear, “NEVER AGAIN” is not enough. We must act with definite purpose and a common goal for the sake of ourselves and others. It is up to us to actively teach today’s world, especially our youth, why respect and common decency for everyone, regardless of race, religion, or any other difference, is so important. Let there be a new beginning which includes hope for mankind, and let it begin with us.”

Many of the survivors took to the podium and spoke to the group describing the brutality and hardships they experienced. Some described the mass killings they witnessed while others addressed the rise of anti-Semitic behaviors and hate crimes.

Marian Turski, 93, urged people to pay attention to what was happening in the world and to speak out.

The ceremony ended with ecumenical prayers and a candle lighting ceremony to honor all victims of the Holocaust.

Attending today’s ceremony has special meaning to me as my father Edward Gonczarow was held prisoner in Auschwitz for 18 months from February 1943 to late June 1944. Upon arrival the number 102819 was tattooed onto his arm and he was moved to the barracks section known as quarantine where he worked as a slave laborer for the next 18 months. On June 22, 1944 Edward was loaded onto a cattle car and transferred to Buchenwald Concentration Camp. He would also spend time in Lutzkendorf and Flossenburg before being liberated by the 90th Infantry Division of the American Army on April 23, 1945. Although my father, Eva, and many others that experienced the horrors of Auschwitz are not present with us in body, all who attended the ceremony at the concentration camp today felt their presence in spirit.

Indiana Gov. Eric Holcomb declared Jan. 27, 2020, as “Eva Education Day.” A DVD of Eva Kor’s documentary Eva A-7063 was provided to every library, middle school and high school across the state of Indiana. In the South Montgomery Community School Corporation, students in grades six through twelve watched the documentary. Teachers in all grade levels were provided information about the life and legacy of Eva Kor to share with their students. All students and employees were given bookmarks and a “Be Kind” button to commemorate the date.