Mounties pull away late for win over Mustangs 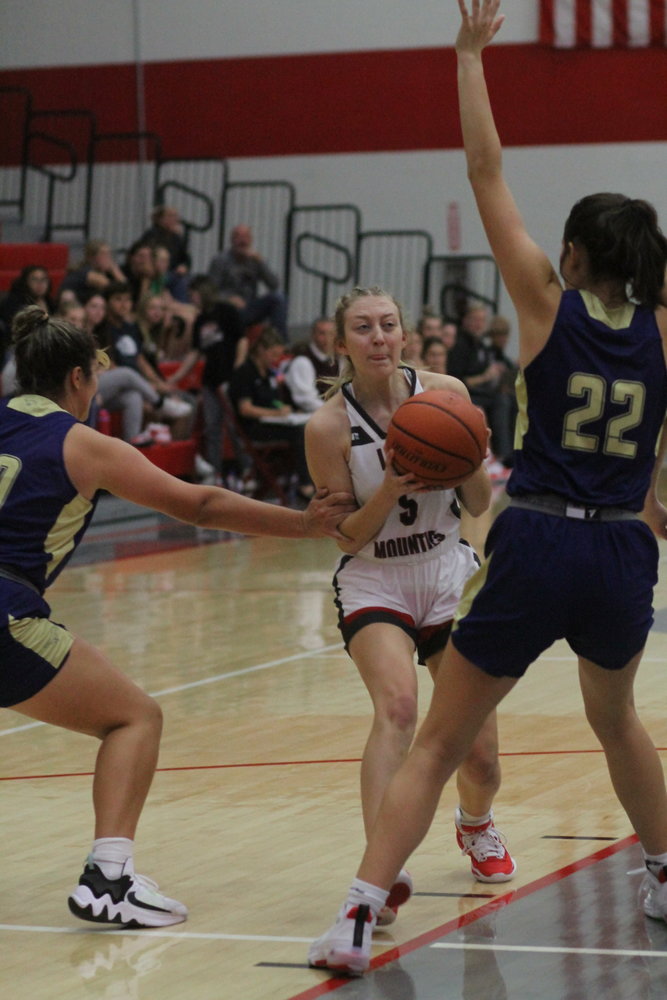 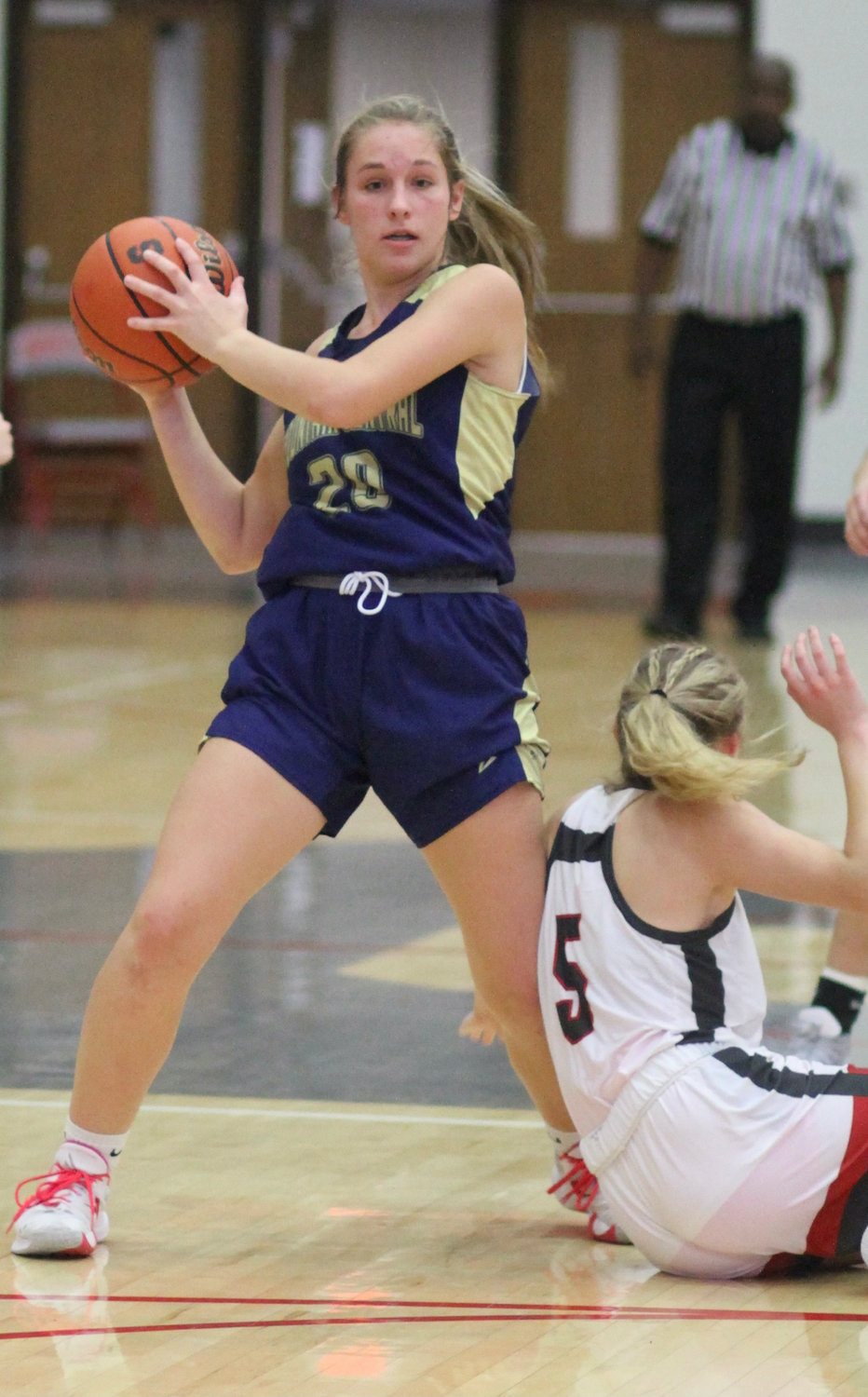 Hannah Prickett led the Mustangs with 11 points in the loss.
Lori Poteet/Journal Review 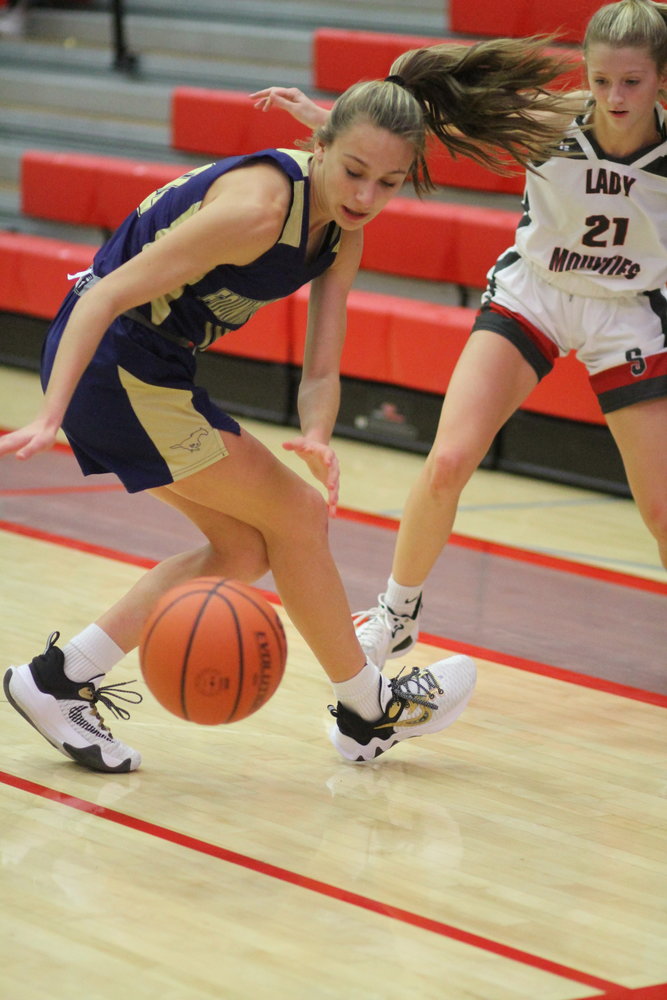 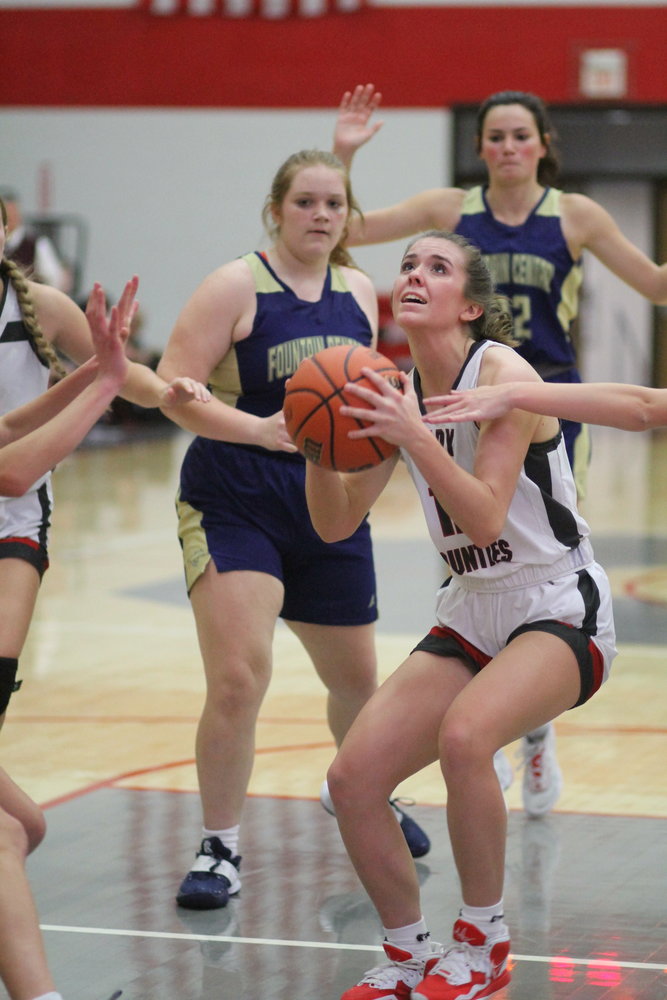 NEW MARKET — Southmont’s 2-3 zone defense and solid free-throw shooting allowed the Mounties to pull away from Fountain Central for a 36-20 win on Wednesday as the two area teams squared off at Southmont. Coming in Southmont had lost three straight games after a season opening win over Greencastle last week. The win allowed the Mounties (2-3) to end the three-game skid.

The big run for South came when they went on a 16-0 run which spanned the late first quarter and all the to the three-minute mark of the second. Fountain Central had a 4-3 lead but a combination of turnovers and stagnant offense, allowed the host Mounties to take a 19-4 lead. FC scored the final five of the quarter to only trail 19-9 as both teams headed into the locker room.

A big part of that run came from the free-throw line as 10 of the 16 points came from the charity stripe. What had been a struggle for early on proved to be a key factor in the win as they ended the game shooting 12-18 from the line.

“We’ve been stressing free-throw shooting for a long time now,” Southmont coach Dan Burkman said. “DeLo is now up around 70% from there and we’ve needed everyone else to do that too. Tonight I think we really made progress in that area. We missed a lot of easy field-goal attempts though so that’s something we still have to work on.”

While Chloe Jenkins, DeLorean Mason, and Chelsea Veatch have been the primary scorers so far in the early part of the season for the Mounties, Wednesday saw Olivia Gray lead the team with 11 points on 4-6 shooting and 3-4 from the line. Mason added 10 points with Veatch scoring six, Cheyenne Shaw four, Jenkins three, and Saylor Woods two.

“I called her over at a free-throw and told her it was good to see her back,” Burkman said with a smile. We really needed her to show up tonight and will continue to need that kind of performance from her every night.”

Fountain Central (1-4) was unable to figure out the Mounties 2-3 zone and it resulted in the Mustangs turning the ball over 35 times. That did not sit well with first year coach Sammy Karr after the loss, but knows this is a learning chance for his young team.

“It’s a little difficult to figure out how to beat that zone when you really haven’t worked on it much,” Karr said. “Our focus so far in practice has been working on the fundamentals. It’s still early in the season and we’re a young team so we’re going to have nights like this unfortunately. We’ll just use it as another way we can learn and improve as the season goes on.”

Hannah Prickett led the way for the Mustangs with 11 points while KayLee Spragg added six. Brailey Hoagland scored three points and was FC’s leading rebounder in the loss with seven boards.

Burkman was proud of the way his team was able to quickly learn what the Mustangs wanted to do on offense as his team adjusted and was able to play lock down defense for most of the evening.

“It took them a little bit to understand their tendencies,” he said. “Once they get a better feel for that, that’s when they start to be aggressive. I’m really liking for the most part what I’m seeing defensively through these first five games. That really hasn’t been our problem. Our zone is pretty good when all the girls are playing like that.”
Fountain Central will return to action on Saturday for when they host Rossville. Next Tuesday they make the trip back to Montgomery County when they take on Crawfordsville.

“This game will give us a good chance to really sit down and dissect the film,” Karr said. “Our goal is just keep improving. We really don’t care too much about the wins and losses as long as the girls are getting better.”

The Mounties on the other hand will have a week off before getting ready for next week’s Sugar Creek Classic which is hosted by Crawfordsville. South takes on the host Athenians in the second game next Friday.

“The first few days I’ll spend a lot of time preparing for Crawfordsville,” he said. “At the end of the day we’re still going to focus on us and what we can improve on.”