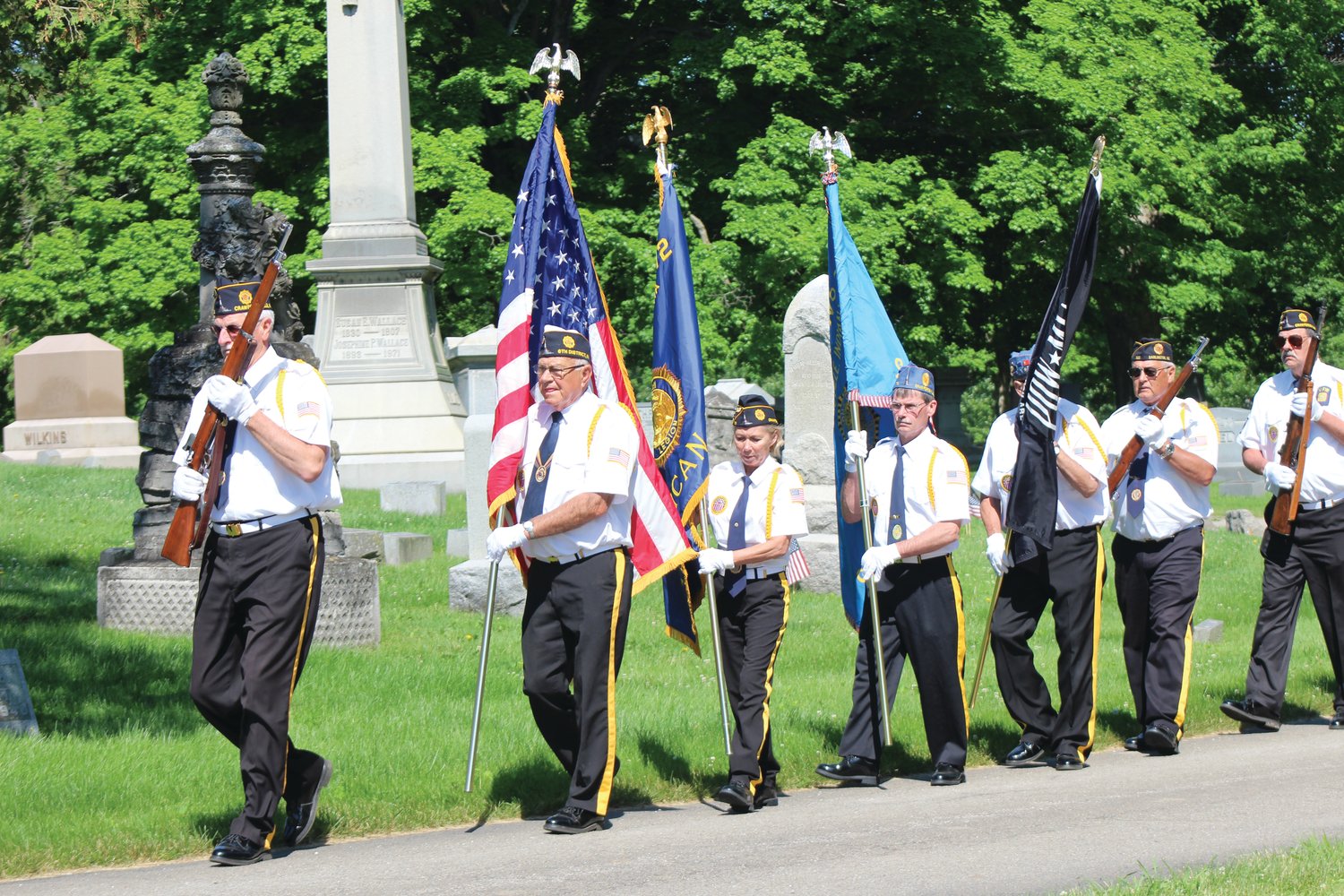 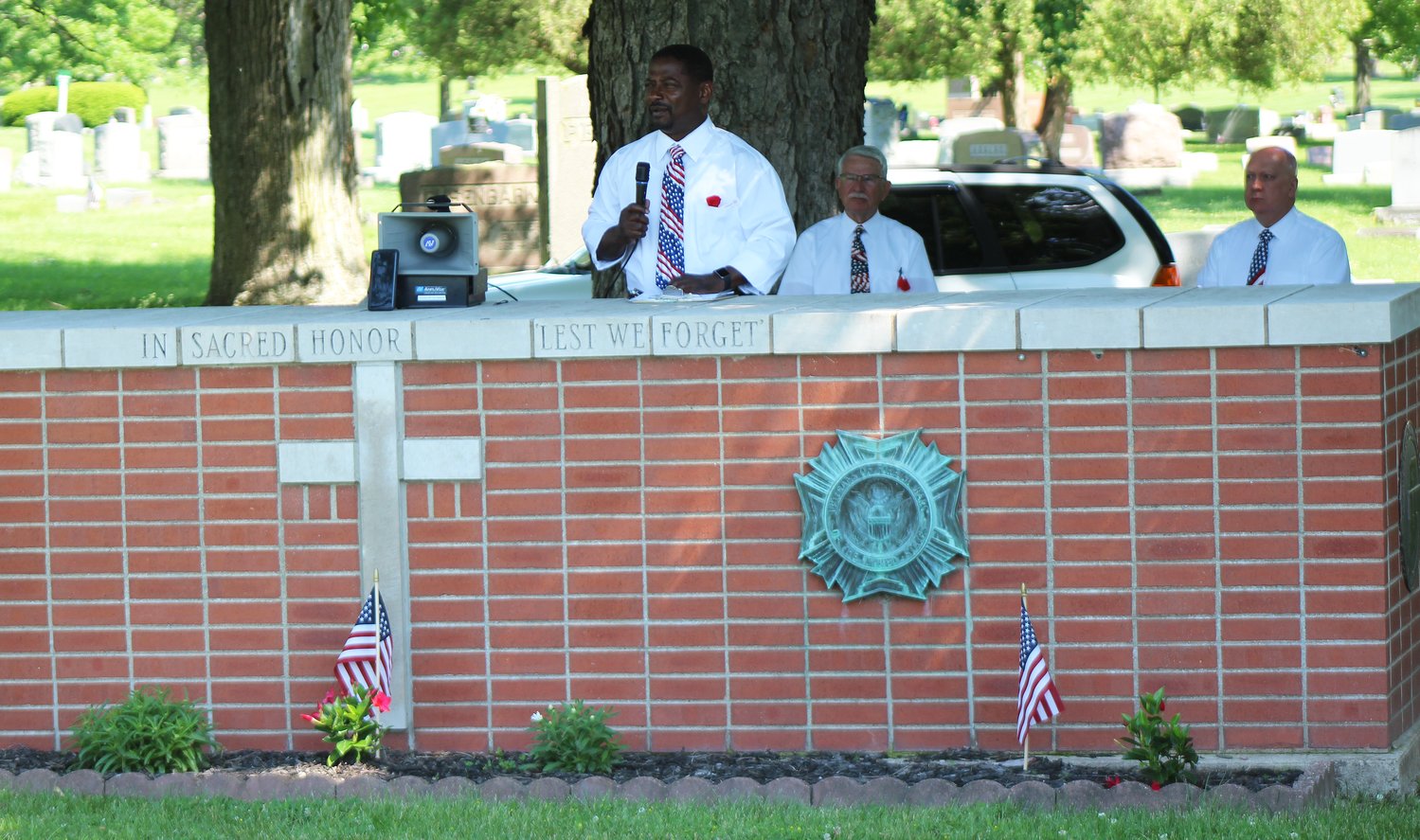 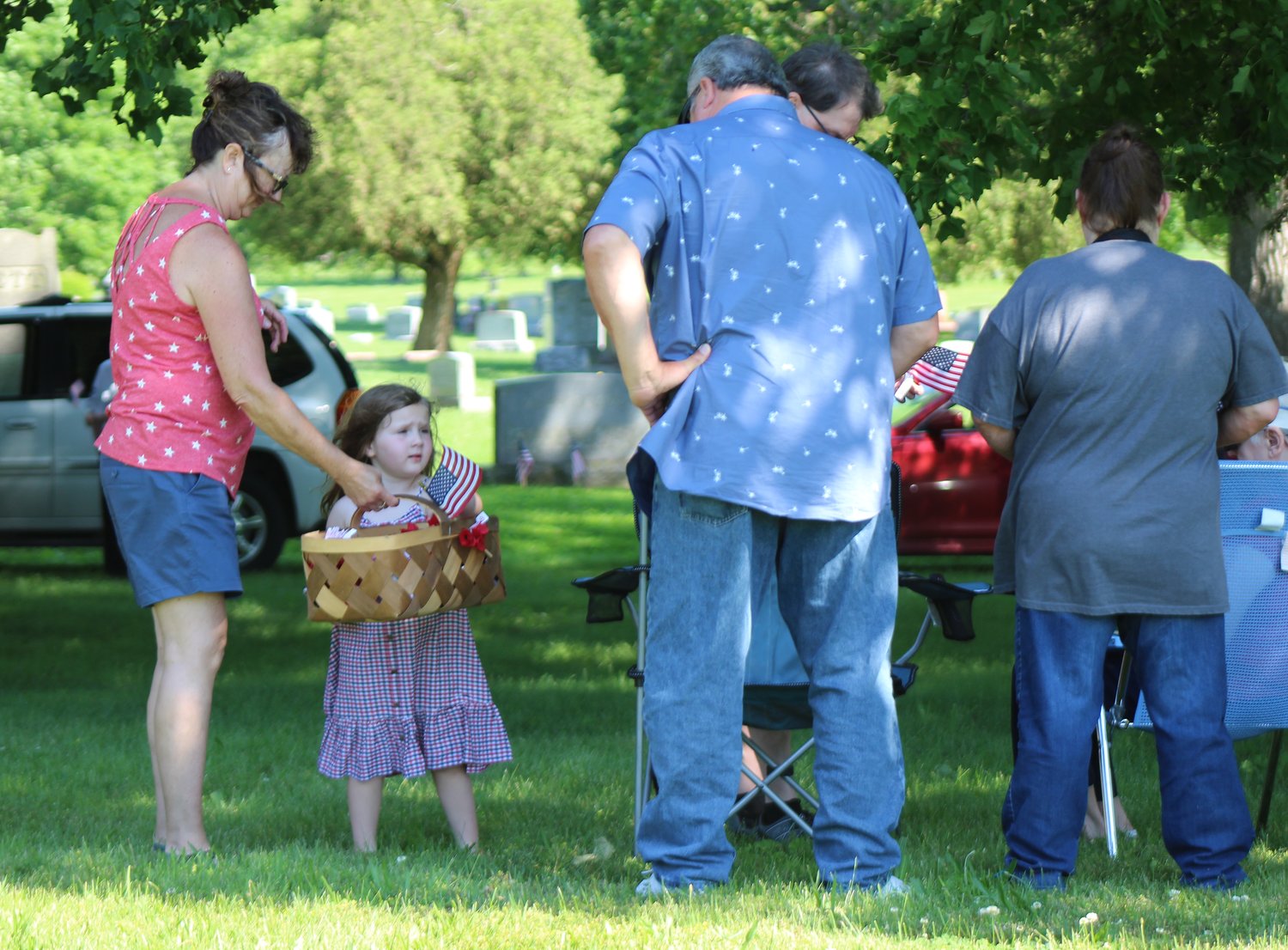 Meadow Pitts, 4, passes out poppies to those who gathered for the Memorial Day service Monday. Her grandmother, Angel Cooper, left, said the preschooler is already a junior member of the American Legion Auxiliary.
Tina McGrady/Journal Review 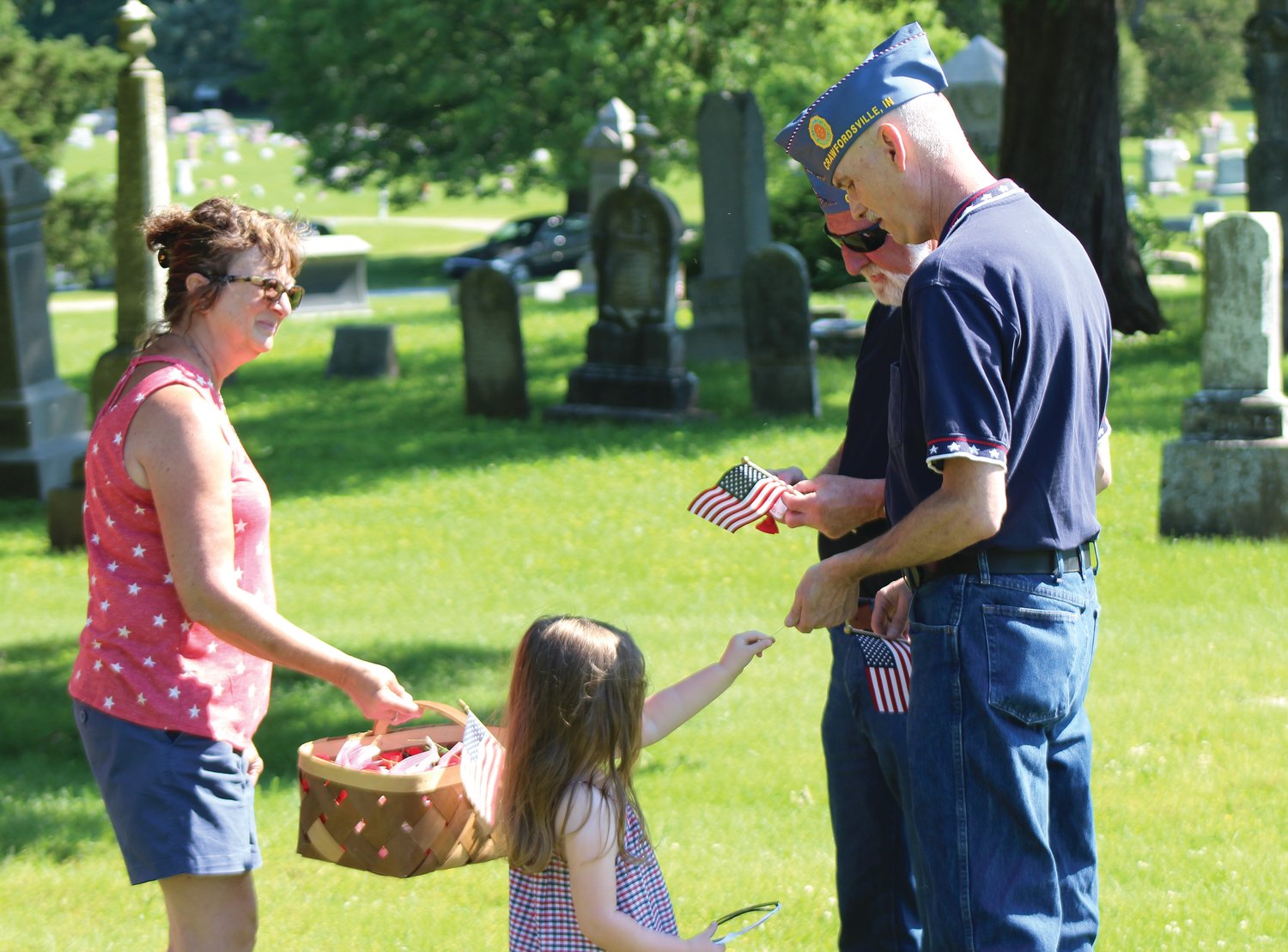 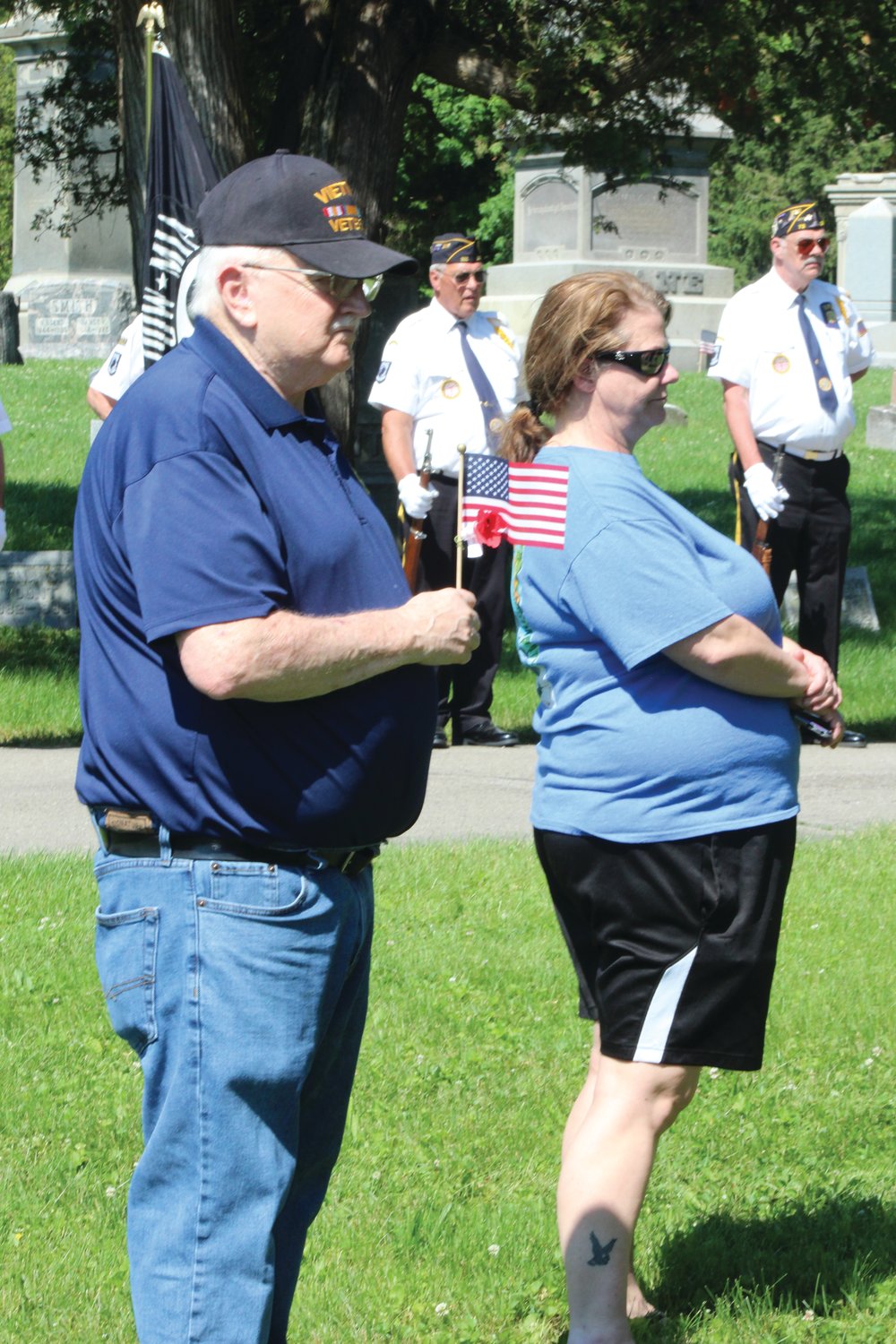 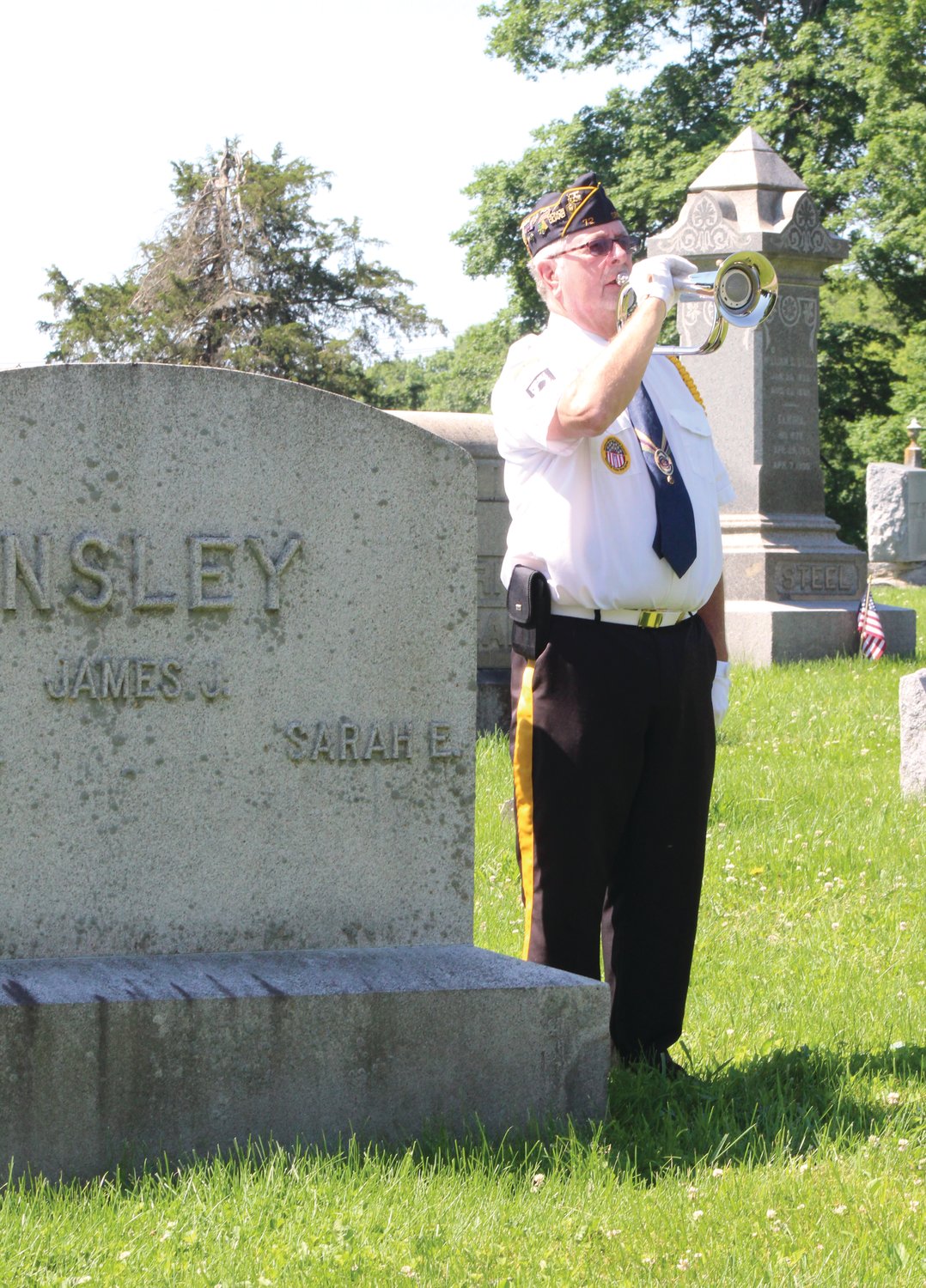 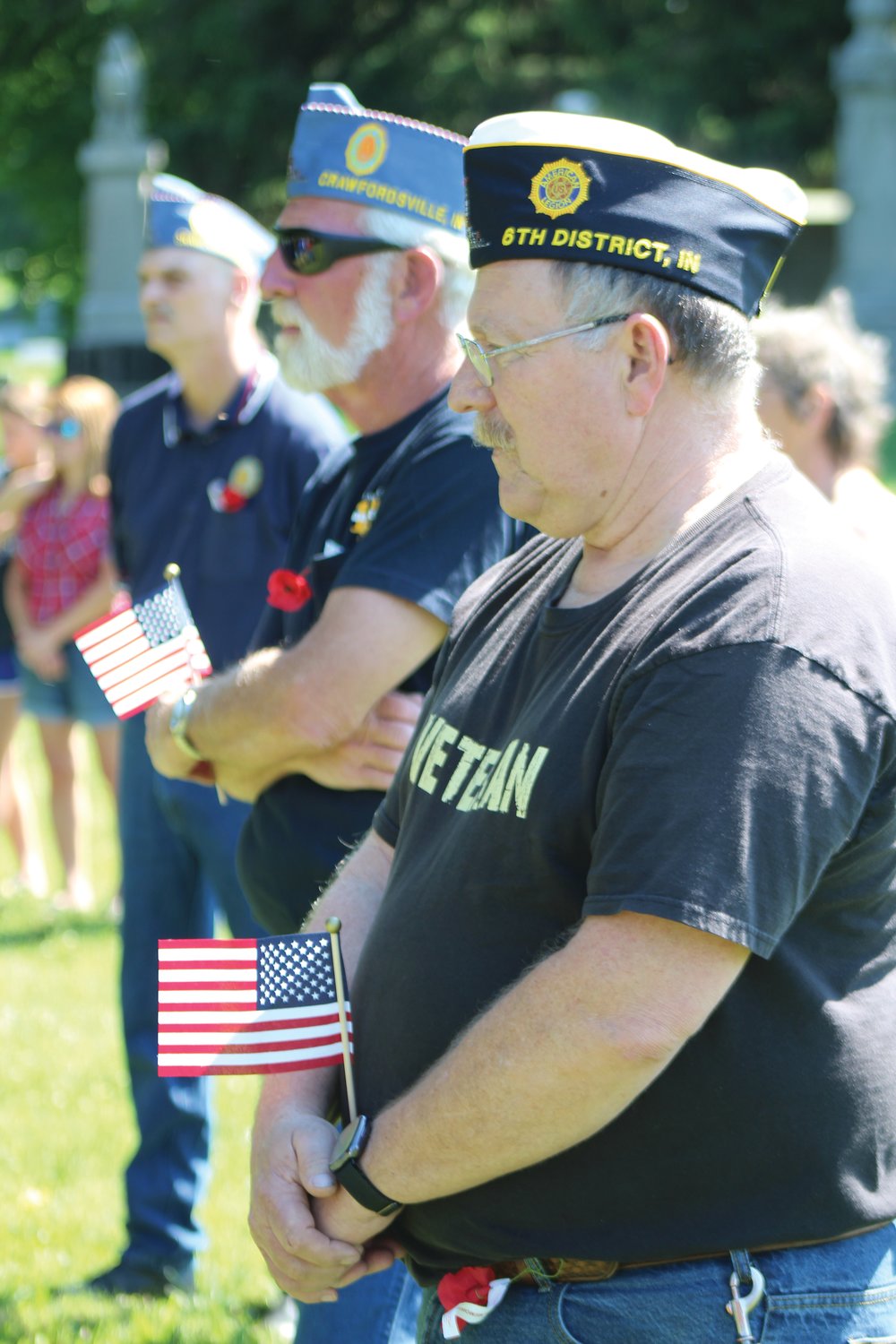 For many Americans, Memorial Day is the unofficial start of summer — ushering in many special events and gatherings.

On Monday, several people gathered for the annual Memorial Day service at Oak Hill North Cemetery. Both Crawfordsville Mayor Todd Barton and featured speaker retired Brigadier General Wayne Black of Crawfordsville urged the community to participate in the National Moment of Remembrance, which was slated for 3 p.m. Monday.

Barton read a proclamation encouraging residents to pause, remember and honor those who have died in service to the nation.

“May we always realize the freedom we enjoy and treasure in the United States of America are only possible by through the heroic efforts of these men and women,” Barton said.

Black, who served 11 years on active duty and more than 23 years in the Army National Guard before retiring in 2019, delivered a similar message.

“We have all heard the saying that freedom isn’t free and today we honor those who paid the price for our freedoms,” he said. “This price cannot be repaid, not to the service member, not their families whose lives have been forever changed or to the communities for which they now have a left an empty void.”

Black asked that all Americans simply pause during their time of rest, relaxation and recreation to quietly remember and express gratitude for the sacrifice of those who made it possible.

“Because Memorial Day matters, it is special day, and we must keep it special regardless of how we plan to spend our day, let us pause to reflect on the sacrifices of our fallen service members, their families, friends and communities,” he said. “We often take for granted our safety, our security and our freedoms, and I think those who sacrificed their lives for this freedom would be glad, they would be comforted and they would be satisfied to know their devotion to defending and protecting our American freedoms, values and ideals have preserved a life that still attracts people from around the world to come here and be a part of our land of opportunity.” 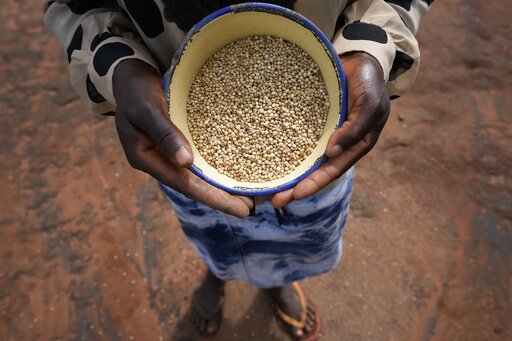 With concerns about war, drought and the environment raising new worries about food supplies, the UN's Food and Agricultural Organization has christened 2023 as the “Year of Millets” — grains …