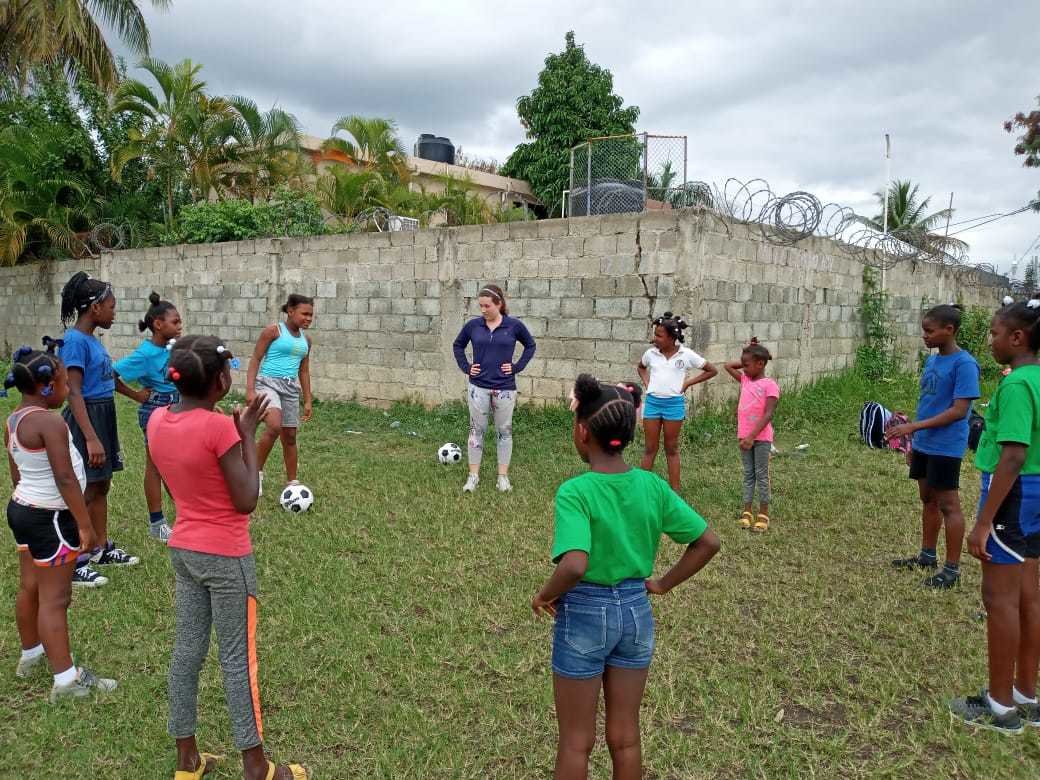 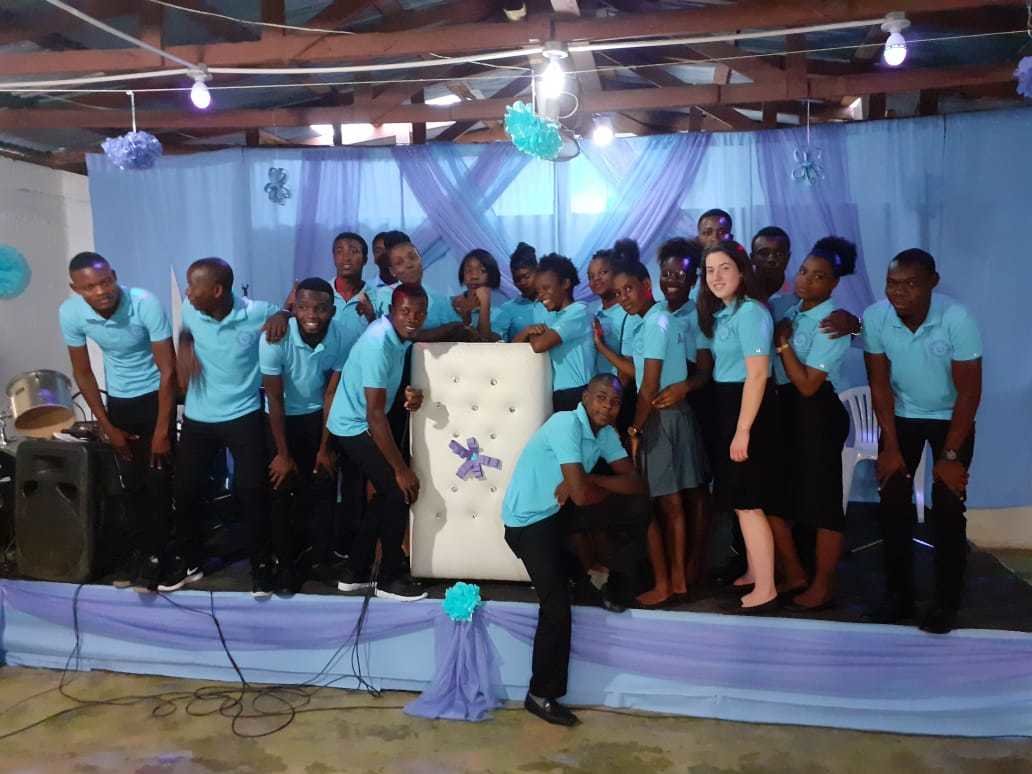 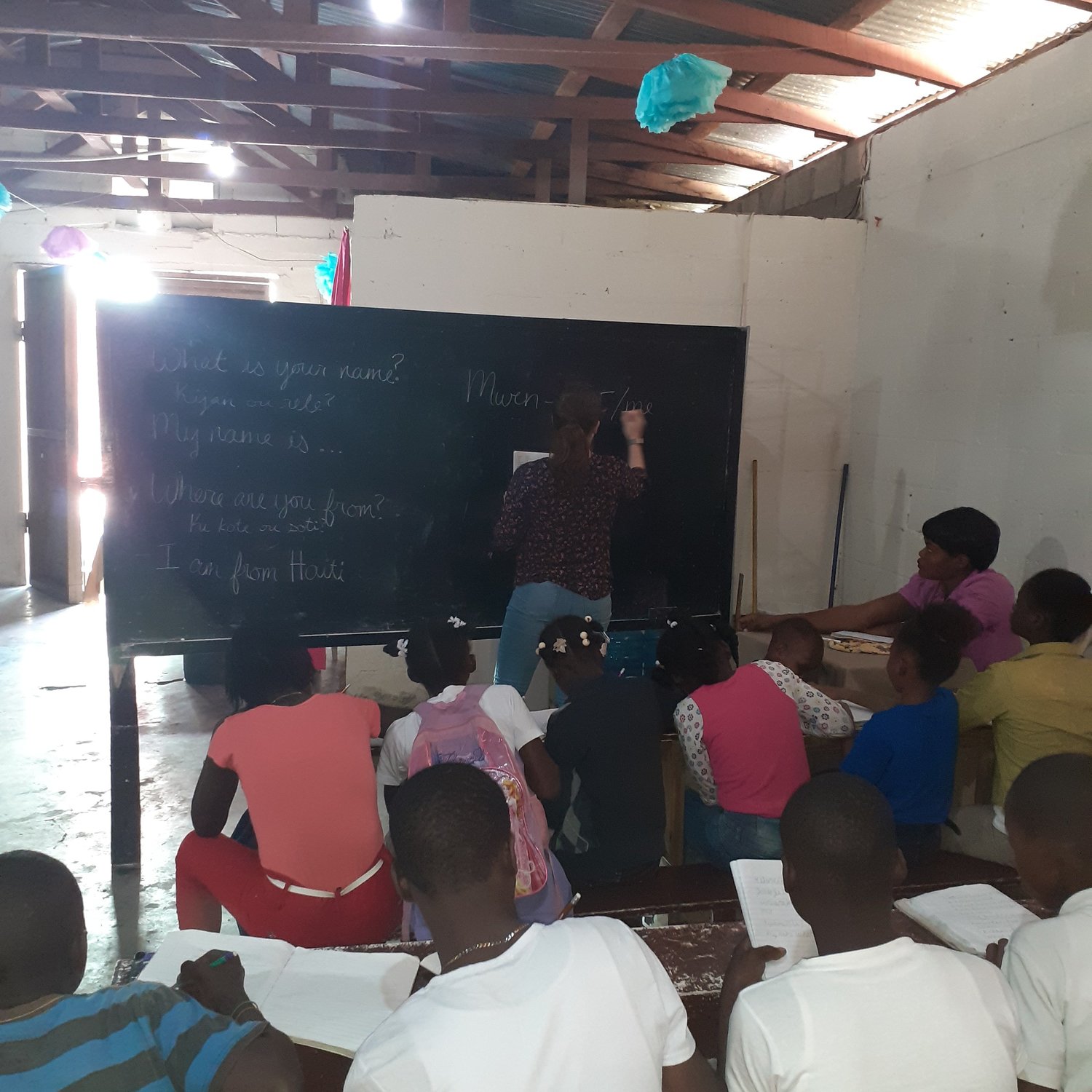 Baird taught English to students in the schools.
For the Journal Review

CEDARVILLE, OHIO — For Katie Baird of Crawfordsville becoming a missionary felt like a daunting task. But after spending a gap year in the Dominican Republic, the Cedarville University junior discovered a passion for relational missions and a confirmed direction for her life.

Baird first had an interest in missions in her sophomore year of high school following a Samaritan’s Purse work trip through her church. Over the next year, she began thinking about going into long-term missions as a career but felt unqualified.

“The short-term missions trip sparked my interest, but I always thought of full-time missionaries as ‘Christian superheroes,’” Baird said. “But then in the spring of 2017 I watched a documentary called ‘The Insanity of God’ about a couple working in South Sudan. I saw them struggling with the same things I do, humbly serving in the way God called them to. That was a pivotal moment for me.”

In Baird’s senior year of high school, she was invited to attend a missions conference in Germany, where her youth pastor first mentioned the idea of taking a gap year.

“I was entirely set to go to college -— I had a roommate and everything,” Baird said. “But I felt like if I was called to missions, I should do a longer-term trip to get an idea of what full-time missions looks like.”

After deciding to pursue a gap year, Baird coordinated with a missionary couple working with Haitian refugees in the Dominican Republic and raised funds for her seven-month trip. On Oct. 5, 2019, Baird arrived in Santiago de los Caballeros and was introduced to missionaries Wilby and Lisa Romain.

“I showed up in the DR with very little Spanish speaking ability and even less Haitian Creole,” Baird said. “My first few days were spent just living in their home, trying to get an understanding of their organization, and getting oriented.”

After a week of settling in, Baird hit the ground running, jumping into a variety of ministries as part of the Romain’s organization, Lafwa. Lafwa, Haitian creole for faith, works predominately with Haitian refugees in the Dominican Republic, who often flee to find economic and political stability. The Romain family works directly with three churches and two schools, as well as running a variety of community outreach programs. Three days a week, Baird organized a Christmas program with local schools. Weeknights were spent running an evangelism group around the city and meeting with a youth group. Sundays included a two-hour church service, a nighttime service and youth group in between.

“Church was incredibly different from what I was used to,” Baird said. “Haitians are very musical — nearly an hour was worship. People were a lot more formal than I was used to, and church felt a lot more community minded. Although I could not understand most of what was being said, I did get to participate in worship and in times of corporate prayer.”

By December, Baird started to find her direction and focus. With basic language skills she was able to communicate more effectively and started teaching English in the schools. As a high school soccer player, she also started coaching girls’ soccer twice a week.

“My soccer team really became my point of influence,” Baird said. “Not only was I able to communicate better with younger children, but we had so much fun at practices that they started coming over to my house and banging on the bars on the windows so we could play soccer in the street. What was supposed to be twice a week turned into every day.”

Despite the encouragement Baird felt from success in building relationships, she also faced many difficulties that forced her to confront the toll of full-time missions.

“Sometime around February I had a really terrible night where I thought it would be better to just go home,” Baird said. “The Haitian culture can be very dark — there are still remnants of Voodoo and a feeling of evil I had not experienced before. The weight of the poverty I saw daily was hard. I heard my girls at soccer talk about their life in Haiti before emigrating. Hearing innocent, young kids talk about violence and not having food started to weigh on me.”

Baird immediately wrote to her mom, missions pastor and mentor from home asking for prayer and direction.

“The next day I felt even more committed to missions than ever,” Baird said. “It took that moment for me to realize that missions is not about how well things are going or what is getting accomplished but being faithful where God places you.”

With a rekindled passion for her work, Baird jumped into her youth group and soccer girls, continued pursuing discussions about the Bible and doing neighborhood evangelism, and spent time working at the local schools and churches. But her time in the Dominican Republic came to an abrupt end in March of 2020, when COVID-19 first spread to the United States.

“Wilby told me I may need to cut my trip short because the U.S. was closing its borders,” Baird said. “I went from discussing cutting my trip short to landing in the U.S. within five days. I do not think my heart has ever been as broken as when I was told I had to leave early.”

After a final game of soccer with kids from the school, Baird said goodbye to friends at church and flew to her aunt’s home in Florida, where she said the unusual transition gave her little time to process.

“My time in the Dominican Republic taught me a lot about finding unity in Christ,” Baird said. “The people I worked with were different from me in every way. We had different lifestyles, countries, colors of skin, styles of worship, but we were united in the one thing we care most about.”

A fridge too far? Living sustainably in NYC by unplugging