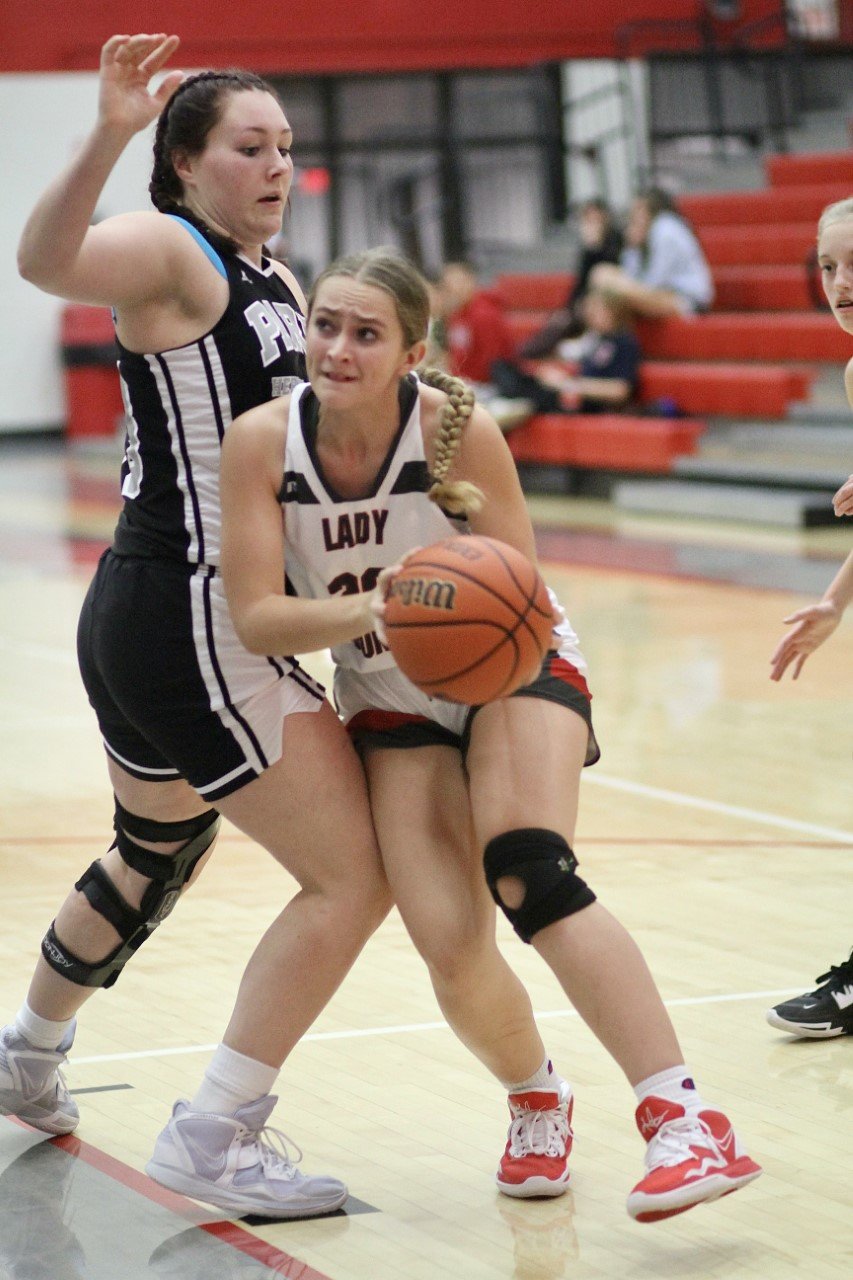 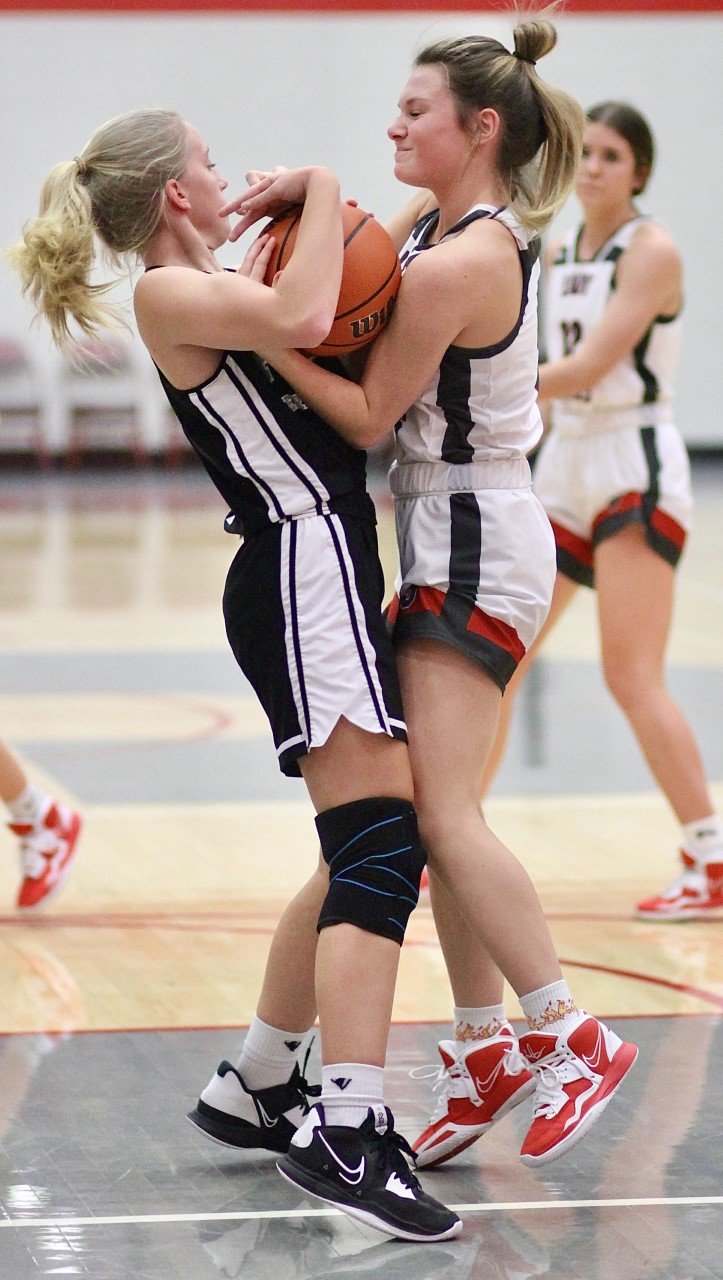 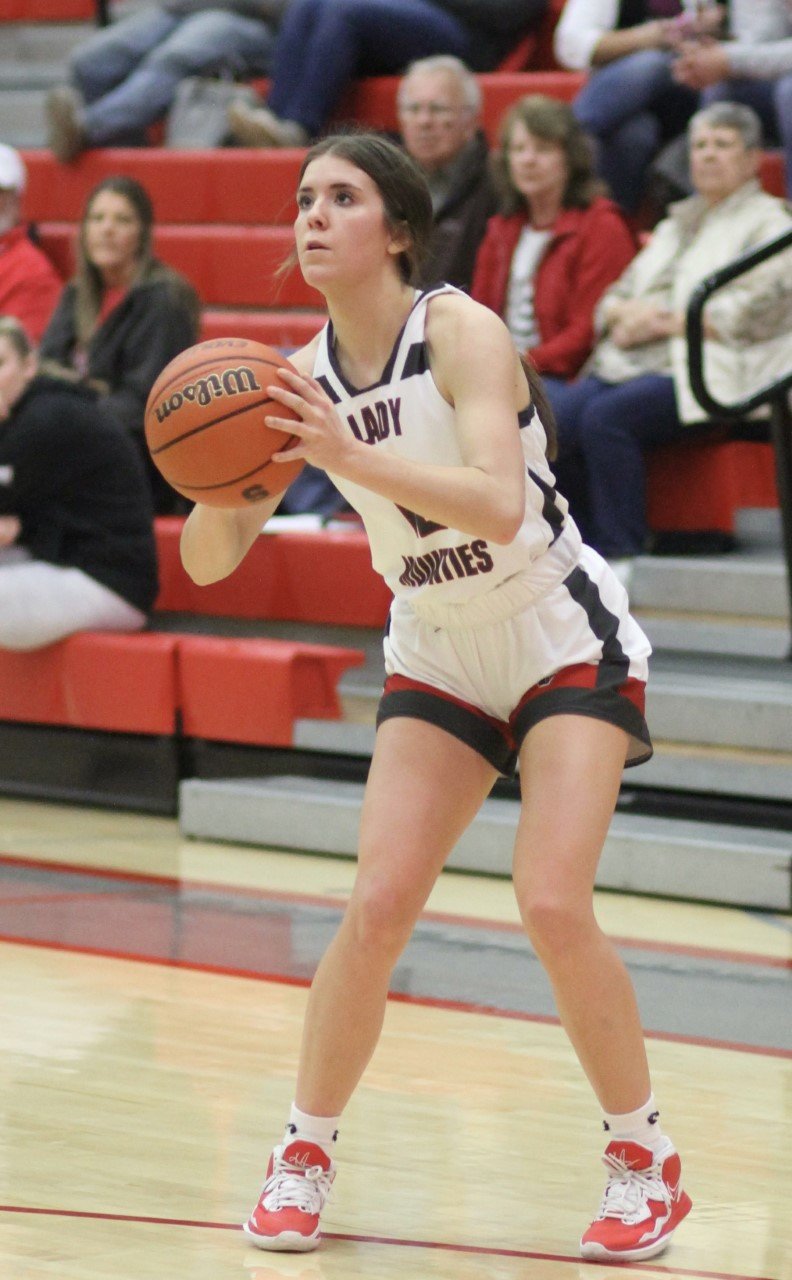 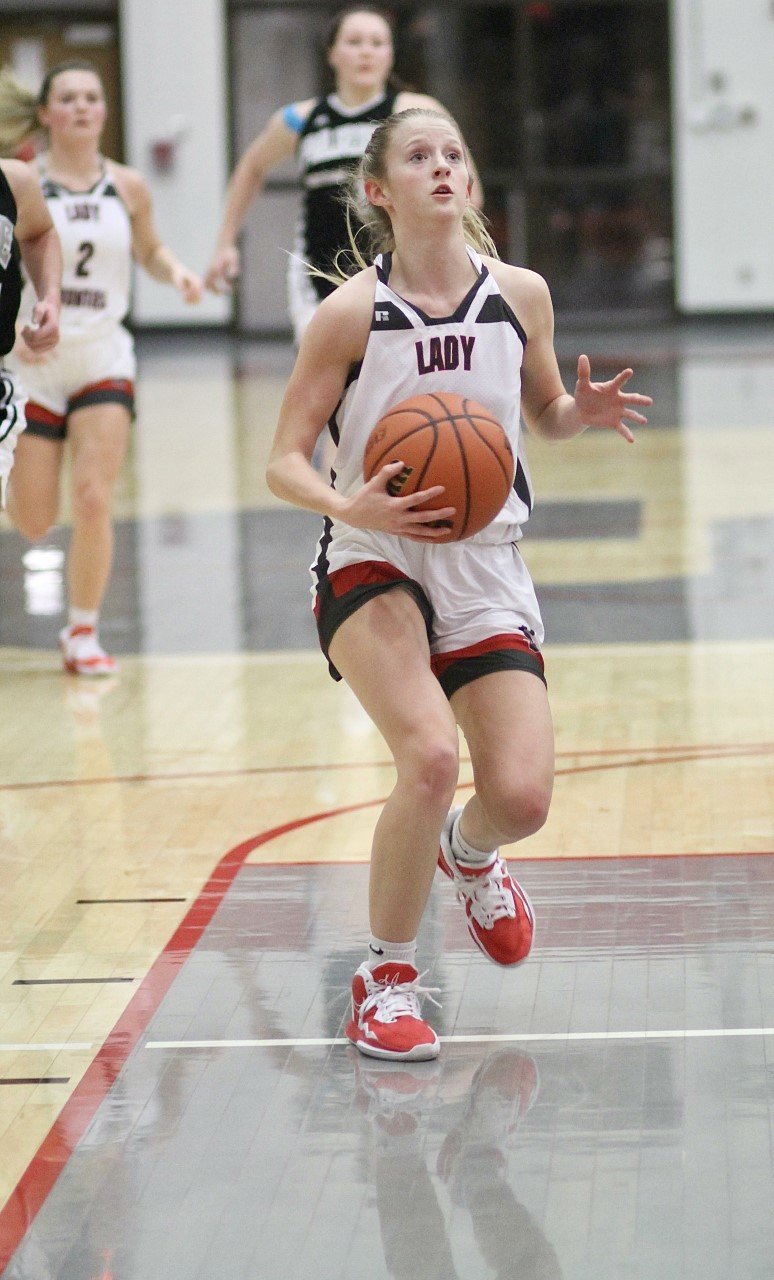 NEW MARKET — In a clash of two Class 2A Sectional 44 teams, Parke Heritage visited Southmont on Tuesday in a re-match of last years sectional matchup where the Wolves ended the Mounties season. This year the Mounties were out for revenge and through the first 16 minutes of the game, both teams weren’t giving an inch as the Wolves took a 28-25 lead into halftime. The battle cotinued for much of the third quarter until what ended up being a 14-0 run for the visiting Wolves gave them a 48-34 lead in the early part of the fourth. South wasn’t going to back down and made a furious late game rally but it was too little too late as the Wolves escaped with a 56-52 win.

“That stretch was the difference in the game and I really don’t know what happened all of a sudden,” Southmont coach Dan Burkman said. “I had to wake them up because we were beating ourselves by throwing the ball to nobody and making soft passes. I’m pretty happy with the overall game and how we competed. If we were able to make more of our open layups that would’ve made a difference but we’re just going to continue to work and get better.”

The Mounties turned the ball over 23 times in the loss while the Wolves were also farely sloppy with the ball with 26 give-aways. Both teams had to battle foul trouble as Chloe Jenkins and Olivia Gray both had to sit for long stretches with three fouls. Parke Heritage’s Cate O’Brien fouled out of the game mid-way through the fourth.

For the Wolves (6-1), Sophomore Emma Simpson led the way as she led all scorers in the game with 23 points and added seven rebounds. Raegan Ramsay provided a good low-post presence for the Wolves on the night as she ended the game with 19. Parke Heritage coach Mark Harper noted how the youth of his team (seven sophomores) played a factor in the game as his team was still able to escape with the win depsite the Mountie comeback.

“All we needed to do when we got that big lead was control the game,” Harper said. “A lot of that goes to how young we are. At one point we had five sophomores on the floor. That in-experience showed up. We’ll take the win and still use this as a learning experience for the girls because we know that we’ll be met with adversity like this as the season progresses. You have to give Southmont credit for never quitting. They’re going to take some teams to task if they play like they did tonight.”
For the Mounties it was a balanced scoring night as they had four girls in double-figures. Both Cheyenne Shaw and Chelsea Veatch had 13 points to lead the way. DeLorean Mason and Jenkins each added 10 with Saylor Woods scoring four and Gray two. Despite the loss Burkman noted plenty of positives that came out of the game from his team.

“I thought our free-throw shooting (13-21) was a lot better than it has been,” he said. “I was really happy with Chelsea with how hard she’d played and that’s Cheyenne’s best game of the year for us. DeLo is a little under the weather right now so hopefully she’ll get feeling better for Thursday (at Attica).”

The dynamic duo of Simpson and Ramsay for the Wolves has allowed the rest of the team to learn as they go. While the duo are both sophomores, Harper noted that they both play above their years on the court.

“Emma has another gear that she can turn on and when she does it’s very difficult to stop her,” Harper said of his stud sophomore. “She’s a threat on every possession on both ends of the court. In games like tonight I wish she would’ve taken a bit more control, but she has the ability to do that. She’ll realize that as the year goes on.”

With the loss the Mounties fall to 4-6 on the year and they’ll hit the road on Thursday for their matchup vs Attica. Burkman sees the game as another opportunity for his team to bounce back.
“I told the girls that Attica has me just as worried as Parke Heritage did,” he said. “On film it looks like we’re going to have our hands full. We’ll have to come ready to play.”